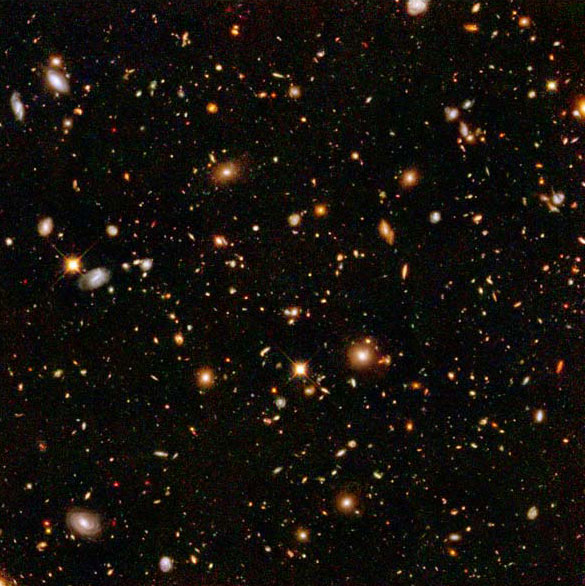 Astronomers have found a large water vapor cloud at the edge of the universe—exactly where the remnants of creation would lie.

Where is this water vapor?

The water vapor cloud orbits a quasar 12 billion light years away from earth. That’s 1.7 billion light-years less than the radius of all the known matter in the universe. So this cloud is very close to the edge. As such it is a leftover from the day the universe began.

A team of astronomers at Caltech and the University of Maryland found this water vapor near Quasar APM 08279+5255. They used two telescopes, presumably the Keck telescope on Mauna Loa on the big island of Hawaii, and the Hale telescope on Mount Palomar in California. (Caltech, home of the Jet Propulsion Laboratory, operates both.)

The cloud holds a lot of water vapor—4,000 times as much as our own galaxy holds. (That doesn’t count the water ice in our galaxy.)

What exactly is a quasar? 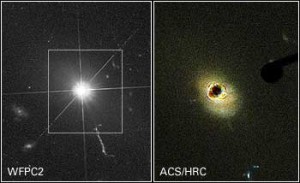 How significant is this water vapor?

It confirms one thing that almost all astronomers, regardless of their viewpoint on origins, agree on. Namely that water is the most common substance in all the universe. It also shows that water (not free hydrogen) prevailed throughout the universe even in its earliest times.

All this lends more support to the Bible, and especially the Genesis narrative, as an accurate report of how the universe began. The Bible describes the sky as a thin sheet separating waters above it from waters below it. (The Hebrew word is raquiah, often appearing as “firmament” in English.) Peter of Galilee (II Peter 3:5) wrote that God caused the skies and the earth to “stand together out of water.” (The Greek word synistemi can mean I cause to stand together or I form.) All these verses say that water was the most abundant substance at the beginning. Seeing a quasar full of water vapor confirms that saying.

Silicate volcanoes on lunar far side