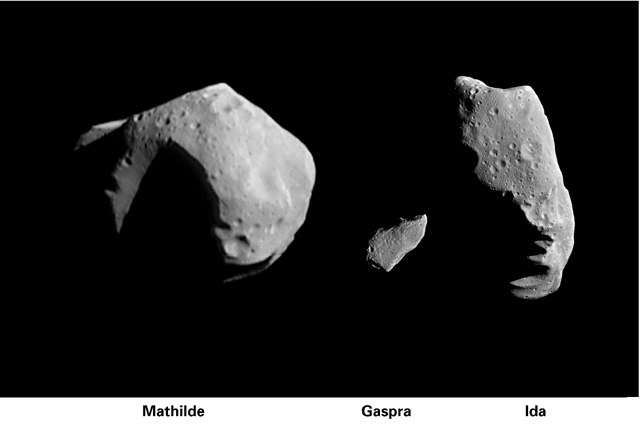 The NASA DNA find includes nucleobases—including some that living things almost never use—in Antarctic meteorites. Did they form in space? Maybe some of them did, but not all. And this does not prove that life on earth came from off earth.

Details of the NASA DNA find 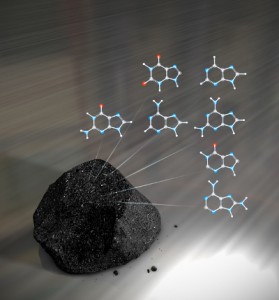 The NASA DNA find is a poor name. Researcher Mike Callahan and his colleagues did not find DNA. They found nucleobases—the compounds that make a gene unique, and spell out what protein a gene will make. (See reports at Space.com IEWY News, and NASA’s own announcement.)

The NASA DNA find includes only purine bases. DNA needs both to work. Most living things have two purine bases in their DNA. These are adenine and guanine. Adenine can form two hydrogen bonds; guanine can form three. Each of these has its own pyrimidine base that it normally pairs with; adenine with thymine, and guanine with cytosine. (James D. Watson realized how important these relationships were almost by accident, but they are the key to how and why DNA can copy itself almost perfectly.)

This last finding suggests strongly that the purine bases fell to earth with the meteorites and did not come from the modern earthly environment.

Two other pieces of evidence show that the NASA DNA find is not merely a contaminated rock. First, the ice in the area where researchers dug up the meteorites contains none of the three “nucleobase analogs” (purine, 2,6-diaminopurine or 6,8-diaminopurine). It contains the other four nucleobases, but only about a thousandth as much as the meteorites did. Conclusion: the purine compounds on the meteorites fell to earth with them.

The second piece of evidence is weaker. Callahan and his colleagues discovered a simple process that could make all the purine bases using simpler raw materials: water, ammonia, and hydrogen cyanide. This report suggests that ammonia might be part of what makes a meteorite—a very small part. Water is a known part of comets, asteroids and meteoroids. So is cyanide. (Comet Hartley 2 has abundant amounts of it.)

Earlier reports have already shown that many meteorites hold amino acids. These are the “building blocks” of protein, just as nucleobases are the building blocks of DNA. And so the NASA DNA find has brought back a theory that most evolutionary scientists had thrown away as unworkable: panspermia. This theory says that the building blocks of life formed in space and then fell to earth. Once on earth, they somehow self-assembled into the first living cell(s) and virus(es).

Do not confuse this with directed panspermia. By that theory, a guided missile laden with bacteria and blue-green algae crash-landed on earth, and we are the by-products. Classic panspermia, by contrast, says that the seeds of life are everywhere, and that life might be present and thriving on other planets and/or other solar systems.

The NASA DNA find proves none of that. NASA has not shown that most meteorites have enough ammonia to make even the purine bases they found. Nor did they find the pyrimidine bases. Without them, life could never form anyway. And no one has ever shown how a molecule, having as much information as ten Libraries of Congress, could possible put itself together.

The NASA DNA find does give more support to the Hydroplate Theory, though Callahan and his colleagues probably would never admit it. By that theory, asteroids and meteoroids came from earth to begin with. The Great Flood happened when a subcrustal ocean broke through the crust and sent a powerful jet of water into the stratosphere. With and in that jet went a lot of loose mud and rock. Some of those rocks carried trees, shrubs, and bacteria with them. And about one percent of the total weight of water, mud and rock escaped earth’s gravity. Most of that debris lingers in space to this day. (Much of the water fell to the moon, Mercury, and Mars.)

The Antarctic meteorites floated through space for at least 4,000 years before falling back to earth. The original plant matter that they held was gone by then. But some of the purine bases remained. And some other reaction changed some of those purine bases into uncomplicated purine and the two purine base analogs that are part of the NASA DNA find. The reaction did not start with water, cyanide and ammonia. It started with more complex raw materials that had formed on earth.

That the pyrimidines are absent, is a minor puzzle to creation science. But to conventional, evolutionary science, it is a deal-killer. If the pyrimidines did not survive the flight or the re-entry after 4,000-plus years, they would not have lasted through the atmosphere to reach the surface of the early earth. What’s more, NASA’s own cartoon shows a meteorite, laden with purines and amino acids (but no pyrimidines?) landing on an earth flowing with lava. How could any of those chemicals last in a place as hot as a poured heat of steel?

The NASA DNA find is certainly important, but not for the reasons that the mainstream media say (or even that NASA itself says). It shows yet again that asteroids and meteoroids hold matter from living things. Comets also hold matter from living things. But that does not mean that this matter formed in space. It formed on earth, and it supports an earthly origin for all these objects.

Related Topics:astronomycreationscientific theory
Up Next