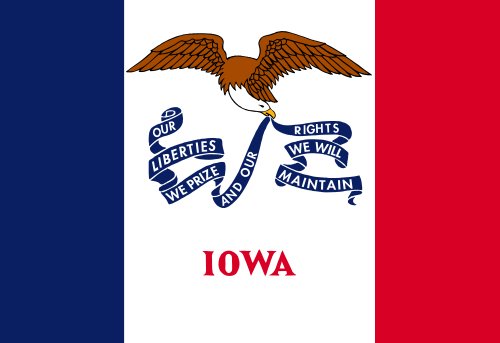 Michele Bachmann surprised many observers by winning the Ames straw poll, even as Governor Rick Perry entered the race late.

More than 16,800 people attended the all-day event in Ames, Iowa. This is the second highest turnout in the history of the Ames straw poll. (The poll is a Republican event, and always takes place on a Saturday in August in the year before a Presidential election. The Republican party holds it only if the Republicans have an active primary season.)

This year, Michele Bachmann won the Ames straw poll with 28.55 percent of the vote. Ron Paul ran a close second, at 27.65 percent. Governor Tim Pawlenty came in a distant third, with less than half as many votes. The others finished in single digits, with Rick Santorum and Herman Cain finishing fourth and fifth.

Rick Perry of Texas did not participate. But 3.62 percent of the Ames attendees wrote him in. And at that, he finished sixth and beat Mitt Romney, Newt Gingrich, Jon Huntsman, and Thaddeus McCotter.

Pawlenty sparred bitterly with Michele Bachmann two days earlier, at the Iowa debate, also at Ames. Last night he congratulated her, but talked of “moving from the back of the pack.” That’s part of the game at Ames: only one person can win, but others can boast of beating expectations.

What this means to Michele Bachmann and Ron Paul

Representative Ron Paul (R-TX-14), a consistent advocate for a return to gold as everyday money

Michele Bachmann is in an excellent position. Though she is a native of Iowa, she came late to the campaign. Many conservative observers did not expect her to win.

She won because she organized well, and deftly handled a question at the Iowa debate that many who were there thought was grossly out-of-line. (And also because Michele Bachmann never once complained about it.)

Most “betting people” bet on Ron Paul. He is famous for organizing very well, and showing up with many almost fanatical supporters. He’ll have trouble explaining why Michele Bachmann beat him, even if by only 152 votes (0.8 percent).

Until this year, most people dismissed Ron Paul’s two basic messages as lunatic ravings. They’re not dismissing those messages anymore. When he says that the US dollar is not worth the paper it’s printed on, and that people should return to gold, people listen. They listen especially well when the price of gold rises fourfold in ten years.

People receive his other message only slightly less well: that the United States fights too many wars. When he seems to decry America for fighting for ten years in revenge for an incident that he further says is America’s historical fault, people don’t listen. But when he points out that the man now holding office as President took America to war in Libya without so much as a by-your-leave to Congress, people do listen. They also listen when he sounds an alarm about America turning into a “police state.” The Transportation Security Administration, with its heavy-handed handling of security at airports, is now one of Ron Paul’s best recruiters.

What about Rick Perry?

Rick Perry announced his entry into the primary from South Carolina. He had a great deal to say—about Barack Obama. “Rudderless,” he said of the man now holding office as President, and also mentioned the Boeing controversy. Boeing Group has built a plant in South Carolina to build its new 787, but may not open it because the National Labor Relations Board won’t let it expand into a right-to-work State.

Perry frosted the Republican Party in Iowa by trying to upstage their event. (Whether he actually did or not, is debatable.) Now he must mend fences, and catch up to Bachmann, who has been pounding the pavement in Iowa for two months.

Michele Bachmann has beat everyone’s expectations, but also raised them. Now she has two candidates to fight against: Ron Paul and Rick Perry. Perry will be vulnerable because most Tea Party activists will regard him as “established,” not the rebel that Bachmann is. Bachmann showed, during the Iowa debate, that she can take down a strutting pretender, as she did to Pawlenty. Perry might prove a more difficult target.

Ron Paul will be an even more difficult target. She will have to co-opt his message on the economy and finance, namely sound money and reforming (if not abolishing) the Federal Reserve. She will not have to adopt Paul’s isolationist message, not if she can strike a balance between wise and unwise military adventures.

And Paul is extremely vulnerable on immigration. NumbersUSA gives him an F the worst grade among Republicans running and a record only one notch above Obama’s. Perry gets a D minus. Bachmann gets a B minus, the highest grade in the “class.”

UPDATE: Tim Pawlenty is out of the race. His third-place finish cost him whatever hope he had of raising enough funds to have a hope of winning.

Featured image: flag of the State of Iowa.

Wow, OK man, I never even thought about it like that. Wow.

As a lifelong Republican, I find it absurd that anyone should be called a frontrunner on the basis of a poll of less than 17,000 people at a fairground in Iowa. This practice is especially problematic when candidates are free to buy votes, as Mrs. Bachman did by offering concert tickets to anyone willing to support her. This is not the American way and it shouldn’t be the way of the Republican party either!

That is a matter of opinion. I’m sure that the Republican Party of Iowa believes otherwise.

And is not the Ames Straw Poll a test of any candidate’s ability to command, and to act as circumstances dictate, according to the tactical situation as she sees it? Indeed, the Ames Straw Poll sets up a tactical situation, and says to each candidate, “Here is the situation. Now deal with it.” It is, in short, a drill. Michele Bachmann was up to the challenge. Mitt Romney (the putative frontrunner) was not. (or by one account didn’t even try). Tim Pawlenty definitely was not, and did the sensible thing: quit before he got into a debt hole that he would never dig himself out of.