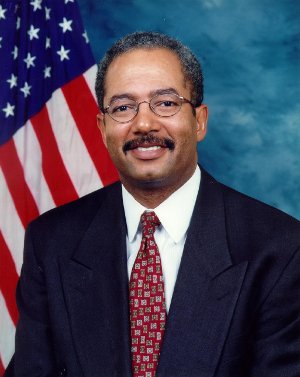 Are the Democrats proposing a transaction tax on all events in which money changes hands? Is this more than a pipe dream? You decide.

If the goal is to get our nation out of crippling debt, I have offered a serious proposal: H.R. 1125, the Debt Free America Act. It calls for a penny on the dollar transaction tax on most transactions in the economy with a rebate on incomes under $250,000. It retires the national debt within 10 years and shows the way to overhauling our tax system. This is the legislation that I asked the House Rules Committee to include in the budget plan.

The text of the bill has twelve findings. Many of these are “conclusory,” that is, they are matters of opinion, not objective fact. The first three findings might be true, but they depend on the kind of changes that anyone cares to make in the tax code.

A transaction tax would in this case take one percent of the full amount of any sale as a tax. The Fattah plan calls for rebating all such taxes that anyone having an income less than $250,000 would pay. (How is the government to find out who makes that much money? His bill doesn’t say.)

He says that such a tax would pay down the national debt in 10 years, and:

In other words, make-work projects, like those that the man now holding office as President, Barack H. Obama, proposed on his bus tour.

His numbers, quite simply, do not add up. Even a full confiscation of all incomes above $250,000 would not redeem the debt. But Fattah thinks he can do it by taxing all transactions at one percent.

The current version of the transaction tax bill has this Trojan horse: yet another “Task Force for Responsible Fiscal Action.” It would include the Secretary of the Treasury, another administration official, and four each Republicans and Democrats from each chamber of Congress. If this sounds familiar, it should. The Joint Select Committee of Congress, that the Budget Control Act of 2011 sets up, consists of three each Republicans and Democrats from each chamber. The difference, other than the size of the committee, is that the Fattah committee would have two administration members. That’s ten to eight in favor of the party that has the White House, and the White House wins.

Any danger of passing? 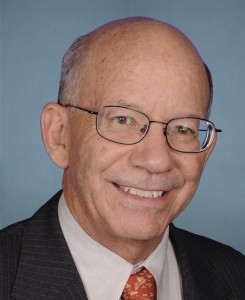 The left-leaning “fact-checking” site Snopes.com calls this bill Chaka Fattah’s “hobby horse.” Neutral sites like Gov.Track.Us and OpenCongress.org do show that Fattah’s bills have never obtained a single co-sponsor, and never gotten out of committee. HR 1125 is languishing in the House Appropriations Committee right now.

But: Nicholas Sarkozy of France and Angela Merkel of Germany proposed just such a transaction tax on “equities, derivatives, and currencies.” Franklin Sanders of The Moneychanger reports that European stock markets fell hard on that news.

Persistent rumor has other Democrats sponsoring Fattah’s bill, though they have never done so in writing. Last year, a rumor accused Rep. Pete DeFazio (D-OR-4) and Senator Tom Harkin (D-IA) of introducing HR 4646, each in his own chamber. DeFazio indignantly denied the rumor. But in so denying, he suggested that he might accept a one percent transaction tax on stock sales, similar to what Sarkozy and Merkel proposed.

Note: Senator Harkin would have had no business introducing a Senate equivalent of this bill. Article I, Section 7 of the Constitution says:

But HR 1125 will stay active until the 112th Congress adjourns next year. The Joint Select Committee (see above) could easily include its language in any proposal they send to the House and Senate. Failing that, Chaka Fattah will no doubt introduce and re-introduce and re-re-introduce his bill in every term of Congress from now on, until he fails of re-election, retires, or dies in office.

The Standard and Poor downgrade

This bill is unconstitutional on its face based upon what it has been described to have. Taxing others and then giving some others money as a rebate is specific welfare. This was done in the Agricultural Act of 1932. Processors of products were taxed in order to give money to the producers of product. The Supreme Court struck down this type of taxation in “Butler v United States”. This is where all of the tax and give a rebate to some ideas fall apart. They are creating specific welfare. And I am pretty sure it violates Amendment 14 as well.

Notice that every person mentioned is a democrat. Need anyone say anything more?

In all fairness, one has to say something more. In the 19th century, “Democrat” and “Republican” were regional designators, nothing more. In the 20th century, the Progressives took over the Democratic Party for good. The Republicans are torn; some are honest limited-government types; the others are Progs and lie about it.

This would be nothing less than the strived for goal of
total control and exploitation of our economy by the
private banking cartels that created our fiat system.

When coin and paper currency are obsolete and all purchasing and transactions are computerized, even allowances given to chidren will be subject to taxes and
fees.

It will merely be the completion of what began with the
creation of the federal reserve, ( I am sure most people
are now knowledgeable about that), and now will be their
unending source of tribute.

The national dept has never been their concern; it is their
creation. Their concern is their private coffers.