What is the Question Evolution Campaign? 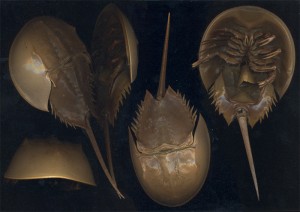 Creation Ministries International (CMI) created its “Question Evolution” campaign last spring. It is a direct attack on the standing doctrine that every child in the Western world hears in school, and especially in college. The most powerful ammunition: a set of tracts, titled “15 Questions for Evolutionists.” CMI asserts that no evolutionist has ever answered these questions satisfactorily. In fact, evolutionists reject some of these as irrelevant, because they cannot answer them:

To be sure, some of these questions are “loaded.” That is, some questions contain asserted answers to other questions. But that’s why CMI publishes a tract for each of the 15 questions. In each tract, they take time to answer all the questions, both the overt and the hidden.

Now the Traditional Values Coalition (TVC) has joined the campaign. CMI explained here why this is important:

TVC is one of the US’ largest grassroots church lobbies, speaking on behalf of over 43,000 churches.

Add this: TVC does not shy away from controversy. They recently questioned some National Institutes of Health research grants.

As our country heads to fiscal ruin, why are we giving millions in taxpayer dollars to Chinese science — which benefits China and its institutions — when they hold more than $1 trillion in American debt?

TVC explained why they joined the Question Evolution campaign:

The creation vs. evolution issue is a core issue…The teaching of evolution (everything made itself without God) leads students to reject biblical authority/morality. [It] thus robs them of true meaning and purpose for their lives, found only in Jesus Christ.

The idea is to get high-school and college-age students asking themselves these questions now. Then, when they go back to school, they can ask their teachers these questions.

But these questions are also important to raise in church. Many churchmen believe in “theistic evolution.” That notion says that God guided evolution, though that process played out exactly as Charles Darwin and his successors laid it out. CMI and TVS want people to stop trying to reconcile the irreconcilable. And the best time to do this is when they’re young.