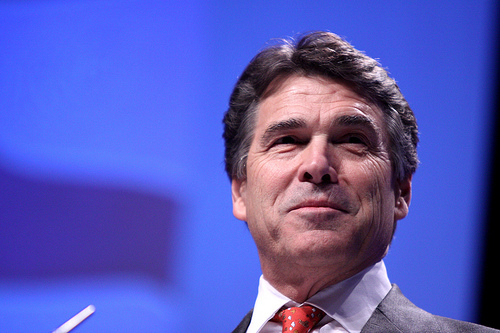 The three liberal “journalists” who ran last night’s Republican debate ran it badly. But some candidates stood out in spite of them. 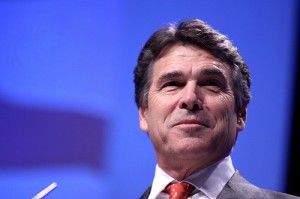 No one should expect liberals to moderate a debate among conservatives properly. (See the rest of the debate here, here, and here.) But the three moderators last night did not even act like professionals. For the record, they were:

The three tried several times to provoke the candidates to ad hominem sniping, of the kind that Tim Pawlenty tried at Ames before he lost badly and dropped out. Harris especially tried to start a fight over the “individual mandate” in the health care reform bill. But Newt Gingrich was having none of that:

Well, I’m frankly not interested in your effort to get Republicans fighting each other.

The applause that broke out so flustered Harris that he misidentified Speaker Gingrich as Speaker Boehner. Gingrich, for his part, went on to heap praise on all his opponents. In so doing, he threw Harris’ attempt at provokatsiya right back in his face.

Williams asked Texas Governor Rick Perry how he could “sleep at night” after signing death warrants. Perry shot back with a principled defense of the death penalty for first-degree murder. Applause broke out again—and then Williams asked Perry to judge the crowd for applauding his line! Your editor has seen this kind of thing before—in the Yale Political Union, in 1978. In a debate on the death penalty, a liberal student said,

I have just seen a group of reasonable people turn into a cabal.

And yes, John Harris did ask Jon Huntsman whether he thought any of his opponents was crazy.

What they did not ask

Michelle Malkin points out several questions that the moderators did not ask. She cited: 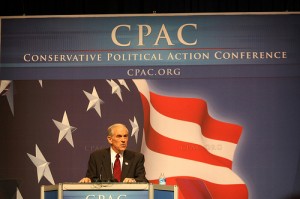 In addition, your editor cites something else. Foreign policy got almost no attention in the Republican debate. John Harris grilled Perry twice about something he had written in his book, Fed Up, about “military adventurism.” (Perry clarified that he would not send anyone to fight and die without setting forth clearly what he was to fight and die for.) Brian Williams did ask Ron Paul who would handle security if he abolished the Transportation Security Administration. Paul gave a good answer: let the airlines handle it. (The security staff of El Al Israel Airlines will gladly show any airline how to handle it.) But no one asked the candidates about the most critical foreign-affairs issues of the day. No one said a word about:

The candidates definitely do not all agree on these points. Ron Paul said at Ames that whether Iran develops nuclear weapons is none of America’s business. The moderators could have helped by asking him to clarify that remark, and his opponents to answer it. But they did not.

Michele Bachmann fared better, but not by much. And Jon Huntsman got far more attention than he deserves.

The Republican debate did have its good moments. The best was Newt Gingrich telling John Harris off about his let’s-you-and-him-fight games. A close second was Rick Perry refusing to take back earlier remarks that Social Security is a Ponzi scheme. (Shikha Dalmia at Reason says that Social Security is worse than that.) For honorable mention: Brian Williams parodied himself without meaning to, when he resented the crowd for applauding Perry’s defense of the death penalty.

Better than this: the entire Republican debate showed that Republicans are at last willing to talk about forbidden subjects. These subject vary from the fundamental soundness of Social Security to the very role of government itself. Some candidates had laundry lists of agencies that they would abolish. That is progress.

But Fox News and Google.com will certainly run a better Republican debate two weeks from today. They will have a better set of moderators, and they have a better system for asking the public to suggest things to ask the candidates.

I don’t think that you thought this one through at all. It’s a debate, you argue against people. If you want a whole bunch of conservatives arguing against something but not sniping at each other you put them against a liberal moderator. The liberal moderator allows you to see all of the candidates stating their positions (and see how well they argue, and see the differences in them) with out having to see them go after each other. Liberal moderators allow the candidates to work as a team against Barack Obama with out making the debate look like an infomercial, that is why they did it.

Do you think the left would allow conservatives to ask the questions if the roles were reversed, or would it just be a big lovefest of lefties asking all the soft questions.

Emerson White
Reply to  The Infidel

The left doesn’t have the same problems with ideological purity, dem’s don’t have to worry about being outed for not preaching the party line because all of the party dogma is stuff that it’s really easy for politicians to do anyways. In the last cycle Clinton and Obama were allowed to grind against each other because the kinds of wounds that they might inflict wouldn’t be the kinds that would leave the candidate wounded and unable to rally the base. This time around no one wanted to see Perry, Paul, and Romney going after each other like Pawlenty and Bachmann did in the previous debate, they want a candidate that can still set up a big tent at the end, again compared to the dems in the last race Clinton and Obama both had sizable followings and Obama especially had a charisma and energy that was just mesmerizing.