I fully intended to limit this series to the areas where the UN is usurping our sovereignty through Agenda 21, the Convention on the Rights of the Child, and the Arms Treaty. However, those who have sworn to uphold and protect our Constitution have acted in ways that are so egregious that it is nothing short of criminal and demands discussion.

Heads in the sand

In the new millennium, citizen ostriches have proven to be more dangerous than conspiracy theorists. While conspiracy theorists keep a vigilant eye on our representatives; citizen ostriches keep their head in the sand often until things are too far gone to do anything about. Our country is in trouble. If our citizens don’t wake up and take their heads out of the sand, it is possible that we may lose our sovereignty in the very near future.

Recently one oath-sworn protector of the Constitution, Supreme Court Justice Ruth Bader Ginsburg, demonstrated her disdain for the document when she advised those writing Egypt’s new constitution not to use ours as a model. In April of 2005, she made headlines when she addressed The American Society of International Law. In that address she stated that she will defer to decisions made in foreign courts. Translation – she will not defer to our Constitution. This statement alone should have triggered impeachment proceedings and removed her as a jurist from our highest court immediately.

Ginsburg is not alone in her disdain for the document she has sworn to uphold and protect. Secretary of Defense Leon Panetta stated in his testimony before the Senate Armed Services Committee last week that he would seek international permission to initiate a no-fly zone in Syria. He made it clear that he would “inform” Congress but not seek congressional approval, as required by the Constitution. It should be noted that Congress played no role whatsoever in authorizing the action against Libya. Panetta intends to deliberately continue this practice. His resignation should be demanded immediately.

Earlier disdain for the Constitution 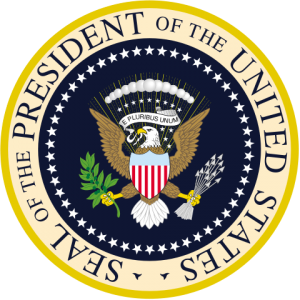 This is not the first administration to circumvent the Constitution. In 1945, President Truman signed the United Nations Participation Act of 1945 (UNPA). This Act effectively abolished Congress’s constitutional function in declaring war. Of course George W. Bush’s Patriot Act is equally culpable. It seems those whom we should trust most to adhere to our Constitution are the ones who have proven to be the least trustworthy. Whether their intentions are honorable or subversive, their circumvention of the Constitution should be an impeachable offense. Unfortunately, our presidents have learned that they can sign Executive Orders and Acts that amount to nothing less than power grabs. Inevitably, these power grabs infringe upon our rights to life, liberty and the pursuit of happiness. Sometimes these power grabs are done in the interest of security; sometimes they are done in the interest of the general welfare. Whatever their motivation, they result in a loss of liberty and in an increase in unconstitutional federal power.

Lack of reverence for our system of government by the man now occupying the White House should have been clear in a radio interview in 2001, when he stated that the Constitution is deeply flawed. Based upon this logic, it should be no surprise that once in a position of power he has committed a myriad of violations against the Constitution. The 82 Executive Orders (EO) under his belt should raise some red flags.

Of course, George W. Bush’s flagrant use of the EO pen was just as vigorous. Bush’s excuse was 9/11 and Obama’s excuse is a failing economy. Presidents have learned that they can circumvent the constitutional process and Congress through the use of EOs, and the ostriches among us accept these excuses as being in our best interest. Upsetting the balance of power designed in our Constitution in the long run is never in our best interest.

As this series progresses we will be discussing some of those EOs in detail. The most recent EO that should be of concern to us was signed on March 16, 2012. See Terry Hurlbut’s recent article entitled “Executive Order creates confusion” to learn more about this recent EO.

Other disturbing EOs include 13575 The Establishment of the White House Rural Council, which would cripple family farmers with extraordinary regulations, including one that required anyone operating farm equipment to have a CDL license. Think about the impact this would have on family members who help on the family farm. Then there is EO 13569 Policy on Automotive Communities and Workers that allows government to interfere in private industry.

For those who appreciate irony, EO 13580 Interagency Working Group on Coordination of Domestic Energy Development and Permitting in Alaska is interesting. It almost sounds like it would be helping the development of our natural resources in Alaska but prohibits such through government over-regulation. Its introduction reads: “…and in order to establish an interagency working group to coordinate the efforts of Federal agencies responsible for overseeing the safe and responsible development of onshore and offshore energy resources and associated infrastructure in Alaska and to help reduce our dependence on foreign oil…” The order that follows continues the pattern of crippling over-regulation that prohibits development of Alaska’s natural resources and consequently insures our dependence on foreign oil.

It is very disturbing that I haven’t scratched the surface of EOs that are nothing more than power grabs by those who do not acknowledge or understand that our Constitution limits their power and authority. More disturbing is that these power grabs cross party lines. Our last four presidents – two of whom were Democrats and two of whom were Republicans – are the most egregious offenders. Most disturbing is that We the People allow this to continue.

Where is the outrage?

Matthew 24:12 states: “And because lawlessness will abound, the love of many will grow cold.” This verse refers to what is commonly called “the last days.” While this verse is often thought to refer to a godless society (which arguably we have today), I think it can also be interpreted to apply to the lawlessness of our elected officials who violate the very laws they were elected to defend, protect and preserve. The heartbreaking repercussion of this is that because of the sheer volume of their lawlessness we have become indifferent to their actions. We take it all in stride when we should be storming the halls of Congress and protesting outside the gates of the Whitehouse in outrage.

There is a phrase in our Declaration of Independence that seems to apply. It states: “…and accordingly all Experience hath shewn, that Mankind are more disposed to suffer, while Evils are sufferable, than to right themselves by abolishing the Forms to which they are accustomed.” So, here we are in 2012, nearly 236 years after these words were written and we are still willing to suffer while evils are sufferable than to abolish the forms that cause our suffering? Or worse, have we even noticed that we are suffering?

Once again, I must ask – where is the outrage? Has it been lost in the voluminous unconstitutional acts committed by those in government? Or has it simply been ignored by the multitude of ostrich citizens? Either way, healthy outrage – or righteous anger as Andrew Breitbart has defined it – seems to have met an untimely death in America. With the death of outrage comes the inevitable death of liberty. I remember a day when this was not so. May God have mercy on America.

Sovereignty under fire: what are they thinking?

Will the High Court Adopt the Coercion Test?