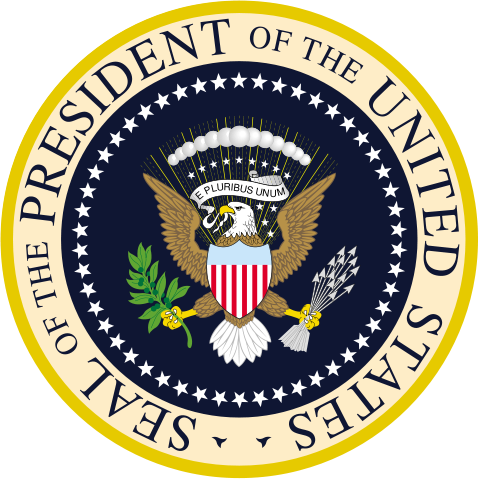 A new Executive Order released in the Friday Afternoon Document Dump has electrified the on-line Patriot community. Some are screaming, “Martial Law!” In fact, this order is nothing new. But that does not make it safe, either. Americans who valued their liberty should have looked closely at Presidential power sixty-two years ago.

The new executive order has no number yet. It refers to a law called the Defense Production Act of 1950. Congress passed this law in the middle of Harry S. Truman’s second term as President. The “Policy” paragraph speaks of the country’s “industrial and technological base,” and the need to have the best weapons and other technology available “in peacetime and in times of national emergency.”

The executive order gives authority to several Cabinet-level departments and other agencies that should alarm anyone. First, neither this executive order, nor any other executive order, makes clear what a “national emergency” is, or when the President may declare one. Second, this order describes public-private partnerships and loan guarantees. It even says that many agencies may buy things or lend money all on their own, without necessarily calling the Office of Management and Budget. Third, it mentions hiring people to fill government jobs fast, presumably to replace a government functionary who dies suddenly in that never-defined “national emergency.” And this is not an exhaustive list of the authorities that this executive order grants.

An executive order that authorizes loan guarantees and lets an agency “act as its own fiscal agent” without telling budget officials should worry anyone. It calls to mind the novel Seven Days in May (and the 1964 John Frankenheimer motion picture with Burt Lancaster, Kirk Douglas, and Fredric March). A rogue general sets up a secret special-forces base without even telling the President. Its mission: to guard radio, television, telephone, and other communications facilities from an invading army. But a conscience-stricken officer (Andrew Duggan, as Lt. Col. William “Mutt” Henderson, US Army) observes:

We spend more time training for seizure than for prevention, as if the [enemy] already had the stuff and we had to take it back.

That was quite a cautionary tale. And today’s executive order has already prompted many to speculate that the man now holding office as President has:

More to the point: this executive order tells various agencies to buy things, or guarantee loans, in an emergency. But in line with Andrew Duggan’s infamous line, some have said flatly that Obama’s executive order does indeed talk about seizing whatever “resources” the government thinks it needs, any time it wants to. (Furthermore, the Department of Homeland Security recently ordered 450 million rounds of .40-caliber ammunition. That’s enough to shoot every man, woman and child in the United States at least once.)

Earlier versions of the executive order

But Ed Morrissey at HotAir.com, and Drew Zahn at WND, both say that this executive order gives almost no new authority. Presidents have claimed this authority for sixty years, since shortly after Congress passed the Defense Production Act in 1950. In 1994, President Bill Clinton issued Executive Order 12919. That order is nearly identical to the one that Obama issued last Friday. The key difference: EO 12919 speaks of the Federal Emergency Management Agency. The new EO give FEMA’s authority to DHS. The new EO revokes the old, and with it also revokes certain other authority that Clinton claimed: to check up on any effort by a foreign government to buy, or otherwise get its hands on, sensitive American technology.

Says Morrissey, as Zahn quotes him:

Why the update?  If one takes a look at EO 12919, the big change is in the Cabinet itself.  In 1994, we didn’t have a Department of Homeland Security, for instance, and some of these functions would naturally fall to DHS.  In EO 12919, the FEMA director had those responsibilities, and the biggest change between the two is the removal of several references to FEMA (ten in all).  Otherwise, there aren’t a lot of changes between the two EOs, which looks mainly like boilerplate.

William A. Jacobson at Legal Insurrection, who also is a law professor at Cornell, agrees.

There is enough that Obama actually does wrong without creating claims which do not hold up to scrutiny.

I’m not ruling out the possibility that this is more than it seems, but unless and until someone does more than merely state that martial law is coming, I’ll consider this to be routine.

So the “new” executive order has many earlier versions. Arguably the first President to issue an order like that was Franklin Delano Roosevelt, in 1939. This particular EO refers to a Truman-era law.

But does that make so much Presidential power acceptable? The Framers of the Constitution had a better idea of how to protect a country in time of war or other “national emergency”:

Today America does not have a well-regulated militia within the meaning of the Second Amendment. The National Guard is not the militia. A militia is the citizens (and perhaps the other lawful residents) of a country, each owning his own weapon(s), organized, trained, and largely self-equipped to defend whatever territory they stand on.

Where is this institution? Nowhere to be found. And it hasn’t been anywhere to be found since the Roosevelt administration. Instead, America has a bloated government that needs a ten-page Executive Order that authorizes government agencies to buy things, guarantee loans, and so on, without so much as a by-your-leave to responsible officials in the Office of Management and Budget, or members of Congress. And matters have stood this way for sixty-two years.

An old proverb says that if you want to boil a frog, place him in lukewarm water and turn up the heat slowly. The frog will never know he’s dying until it is far too late.

When our fellow citizens elected Barack H. Obama, they also, to continue the analogy, placed a thermometer into the saucepan. This new executive order is another reading of the thermometer. That the water has heated up for sixty-two years makes it no less deadly. Americans should take a hard look, and look also at what other executive orders Obama’s predecessors in office have issued.

Brainwash away the Constitution?

[…] EO that should be of concern to us was signed on March 16, 2012. See Terry Hurlbut’s recent article entitled “Executive Order creates confusion” to learn more about this recent […]