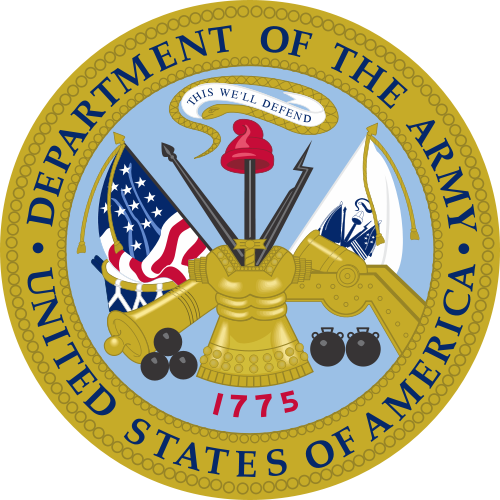 Recently, 16 innocent villagers died horribly in Afghanistan. The Army says that they died at the hands of one of their own, Staff Sergeant Robert Bales. No one who did these deeds deserves an ounce of sympathy, and Robert Bales’ lawyer can allege nothing in mitigation, unless he can show that some other soldier(s) did it. But we must ask ourselves: why is the Army moving so much faster in his case than in that of an officer who killed almost as many people, those being his comrades-in-arms?

Facts on the ground

The facts of the case should make anyone shudder. Sixteen people, including women and children, lie dead. Whoever killed them, seems to have done it execution-style. Sources close to the region tell CNAV that Robert Bales, the chief suspect, has no sympathy from anyone in the military.

He put them all at more needless risk and he should have known better. He has also given Al-Qaeda a new recruiting tool and given Hamid Karzai a reason to back out of already sensitive negotiations.  It has also hurt the military good will efforts with the Afghanistan people. 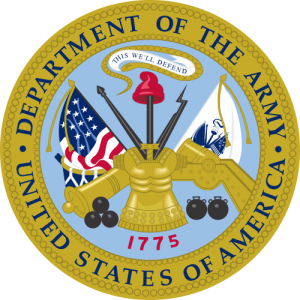 So the rank-and-file seem to think. On the other hand, writer Gene Hoyas asks why the Army is moving so fast in Robert Bales’ case, while it has barely moved an inch in the case of Major Nidal Hasan, accused of 13 murders at Fort Hood, Texas?

Hoyas might well ask this. He speculates that the Army will execute Robert Bales as soon as a court-martial so directs. He probably remembers that the Army has not executed anyone since 1961.

Hoyas might also have heard the rumors that more than one soldier took part in killing the villagers. Today the Associated Press quotes Afghan officials as saying that no witness personally saw more than one soldier committing the murders. (The AP published that report today. Hoyas first published his essay on his own site two days ago.)

More to the point: the Obama administration seems to treat the Fort Hood incident as an act of “workplace violence.” Not so the Afghanistan massacre. Why should the Army treat Nidal Hasan as a worker “gone postal” and treat Robert Bales as a cold-blooded murderer and renegade?

Thus far, no one has brought forth any credible evidence that anyone but Robert Bales killed those villagers. He has one of the best lawyers in the Army, one used to “defending the indefensible,” as criminal defense attorneys must often do. Even he can’t defend cold-blooded murder. The only defense would be: “some other dude(s) did it.” That defense is now almost impossible to believe.

But Robert Bales and Nidal Hasan do not seem to have the benefit of “equal protection of the laws.” The Army accuses each man of equally horrible crimes. So why won’t the Army treat each man the same as the other?

Comments by registered users only

“Why should the Army treat Nidal Hasan as a worker “gone postal” and treat Robert Bales as a cold-blooded murderer and renegade?”

Because Robert Bales killed members of a volatile population the US Army is supposed to be protecting, of course. I should have thought that was obvious. Hasan is just a murderous scrote; Bales has significantly increased the threat to 132,000 US, UK, German and allied troops and to try to bring that threat back down again he has to be dealt with quickly and severely.

“So why won’t the Army treat each man the same as the other?”

This question pales in the face of “why is our government ignoring the Constitution that EVERY representative took an oath to obey and protect?”

Why can’t this soldier use the insanity plea, or is that not in the military legal vocabulary?

Why are we in wars not declared by Congress as the Constitution requires? Why are our inalienable rights, freedoms and property being stripped from us? Why has our Constitutional Republic degraded into a democratic, fascist police state?

The perpetrators in government have committed atrocities against “we the people” and the innocent of the world that surpass anything that a war crazed soldier did in fit of madness.

“Why can’t this soldier use the insanity plea”

Because he’d have had all his required pre-deployment medicals and there is therefore a piece of paper in his file which says, to the Army’s satisfaction, that he’s not insane.

In any case, for operational reasons there is no possibility of him not being found guilty of murder and given the maximum penalty possible. It’s not very fair, but he knew the score when he decided to wear a cabbage suit to work and what happens to him now is a direct consequence of his own actions. It’s not like he just snapped and started killing people. Getting out of a FOB, alone, on an unauthorised excursion is not a trivial affair. He worked out how to get past the sentries and reach the villages without being picked up by the various surveillance systems that would have been operating. This was a premeditated mass murder that was actually pretty hard to arrange, and he was sane enough to carry it out effectively.

Terry – In answer to your commentary’s question:

“…..But we must ask ourselves: why is the Army moving so much faster in his case than in that of an officer who killed almost as many people, those being his comrades-in-arms?”

I think much of the answer can be summed up by stating one person’s name: “Barack Hussein Obama.” Obama is said to have stated in his Audacity of Hope” book:

“I will stand with the Muslims should the political winds shifts in an ugly direction.” And, Obama is said to have stated [like] such, in a 2008 speech.

Obama has not only made it clear by his speech, but by his actions, that he is not Christian, but has Muslim [Islamic] moorings.

Furthermore, Obama’s record of dealing with Islamic terrorists is less than stellar. Muslim terrorist Hassan and Khalid Sheikh Mohammed’s prison state are still in limbo after all these years. Please correct me if I am wrong, but I don’t even think that the Obama Administration has even prosecuted them. I can only suppose that Obama’s Attorney General Holder, has been too busy facilitating the supply of firearms to Mexican criminal gangs and holding border states in contempt for attempting to protect their borders.

The exception, not the rule.

No, I can’t agree with that. The tempo of attacks on AQ and Haqqani leadership picked up significantly after Obama was elected. The focus in both Iraq and Afghanistan changed from conventional light infantry operations to targeted raids by SF units. It’s been far more effective.

I think your comment goes to show this reading audience how gullible you’ve become to accept everything (hook, line and sinker) that which comes down to us citizens from the corrupted Obama Administration, pike.

It seems very reasonable to me to question Obama’s commitment to deal harshly with Islamic terror. Many of us can point to numerous incidences and things that Obama has said that lead us logically to conclude that he is more interested in promoting Muslim and Islamic interests, rather than American interests. Prove to us that Bin Laden died at the hands of Barack Hussein Obama’s order. Where are the SEALS which supposedly carried out that mission?

Fergus – You need something to help make you think more intensely. I’m disappointed that you would be so gullible to accept everything that Obama would put before you. For Obama to dupe millions of unsuspecting and gullible Americans by his forged birth certificate, don’t you think that he can pull off a fraudulent raid against a terrorist group and then say that the target was Bin Laden?

Finally, all one has to do is read BO’S lips. Between the propaganda lines there is the continued echo of lies………

“Where are the SEALS which supposedly carried out that mission?”

My guess is they’re in Coronado right now, unless they’ve been deployed again. If they have I’d suggest you look in Camp Eggers, just down the road from the US Embassy in Kabul.

I assume of course that you weren’t asking a serious question and what you really meant was why they haven’t appeared on Fox News to answer questions about the raid. Here on Planet Earth we don’t actually expect SF troops to do that sort of thing.

Apparently, you must have missed the news at the time:

Oh – how convenient – eye witness testimony to the supposed Bin Laden assassination, snuffed out! In other words, dead men do not talk.

It’s not pleasant to think about, but, apparently, I think that you overlook, or, at least forget the reality that Obama is a thuggish type Chicago politician.

Apparently you didn’t bother to read the whole article, which states that none of the dead SEALs were believed to have been involved in the bin Laden operation. In any case, it hardly killed all of SEAL Team 6, did it? Also the cause of the crash is quite clear and had nothing to do with Chicago politics; a beardy man in pyjama trousers broke the helicopter with a Russian anti-tank projectile and it stopped flying.

I do hope you’re not going to claim that Obama colluded with the Taliban to get them to shoot down an advanced special operations helicopter with a notoriously chancy and unsuitable weapon, just to cover up a hoax that the Taliban gain nothing by covering up? Oh yeah, and incidentally annoying a couple of hundred of the best SF troops in the US military…

Nidal Hasan probably deserved to die, however the local Americans don’t like to see that happen. Robert Bales also probably deserves to die, but he’s not done killing yet. While Nidal Hasan killed people who aren’t going to flip out and kill americans out of retaliation Bales killed Afghans, and Afghans are guaranteed to retaliate by killing Americans, it’s a result of the fact that they live in a primitive tribalistic, largely theocratic society. The sooner Bales is strung from the highest tree the sooner we can tell the Afghans that the brand of justice that they demand has been served.

It’s the tribalism element that’s important here. The people Bales murdered were Pashtuns, who live by a pre-Islamic tribal code called Pashtunwali. One element of the code is Badal, which translates as a combination of justice and revenge. Bales killed people and if he doesn’t die then according to the code other Americans – strictly speaking his male relatives, but nobody will worry too much about that and they have a fairly broad concept of “Americans” too – have to die in his place.

Note that I’m talking about ordinary villagers here. The insurgents are trying to kill ISAF troops anyway, but when the villagers start to passively or even actively assist them it turns into a real poo storm for everyone in the area. Pashtunwali is truly barbaric, but it’s the reality on the ground and we have to deal with it.