Recently the man now occupying the White House questioned the Supreme Court’s authority to rule on the constitutionality of the health care reform bill. Does he have a point? Ironically for Mr. Obama, this may be a discussion worth having.

Since the Constitution was ratified nearly 224 years ago, you would think the question of who decides constitutionality would be clear. Traditionally it is clear. In 1803, Chief Justice John Marshall established the principle of judicial review in Marbury v. Madison. Since then the courts have been the final arbiters on such issues. This tradition is based on Marshall’s decision but not on any clause within the Constitution. Although Supreme Court decisions become precedents, they can be wrong and can be overturned. Case in point: The Dred Scott decision (Scott v. Sandford).

It should be noted that Article III of the Constitution gives the federal courts authority over all cases arising under the Constitution and federal laws. It states that: “The judicial power shall extend to all Cases, in Law and Equity, arising under this Constitution, the Laws of the United States, and Treaties,” and that “the Supreme Court shall have appellate jurisdiction” in such cases.

However, there may be another side to this argument. It is commonly called “nullification” and it is a can of worms the White House would be wise to avoid.

The supporters of nullification rely on the Tenth Amendment, which states:

The powers not delegated to the United States by the Constitution, nor prohibited by it to the states, are reserved to the states respectively, or to the people.

The Tenth Amendment refers to the enumerated powers granted to the government in Article 1, Section 8 of the Constitution. It clearly states that all other powers not enumerated in the Constitution, nor prohibited as per Article I, Section 10 (or any later Amendment), are reserved to the States, or by extension, to the people. Our founders clearly spelled out these powers. They are broken down into two categories: general welfare and common defense. They are as follows:

FOR THE GENERAL WELFARE:

FOR THE COMMON DEFENSE: 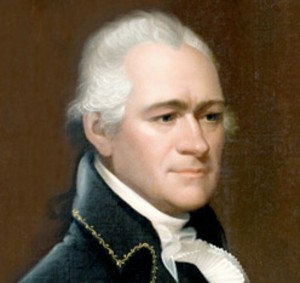 Alexander Hamilton wrote in The Federalist No. 33 that a congressional act beyond its enumerated powers is “merely [an] act of usurpation” which “deserves to be treated as such.”

In the interest of full disclosure, this writer firmly believes that the health care reform bill is unconstitutional. It simply stretches the limits of logical thinking to argue that the Law fits into one of the enumerated powers listed above. According to Alexander Hamilton, it should be treated as an act of usurpation. Simply put, the Law would establish another power for the federal government not listed in the Constitution.

The argument now before the Supreme Court is: Does the health care reform bill fit into one of these enumerated powers, or a power that a later Amendment grants? Or it is an act of usurpation and therefore unconstitutional? Mr. Obama doesn’t think the “unelected” Justices of the Supreme Court have the right to decide. If the Supreme Court doesn’t have that right, then who has? If the powers of government are limited to those enumerated in the Constitution, then some mechanism must exist to determine if the government has exceeded its limits.

How States could nullify the health care reform bill

Is there another way to determine constitutionality other than the courts? If the courts don’t have the right to decide this matter, which elected officials do? Does Mr. Obama agree with the Tenth Amendment Center? Logically the federal elected officials who passed the health care reform bill can’t be asked to rescind the Law on constitutional grounds. That would be like asking the fox to guard the hen-house. The only other elected officials we have are at the State level. Since Governors have the right of veto, perhaps this right could fall to them as well as the Supreme Court.

Therefore, the constitutionality of the health care reform bill is not as interesting a topic as who decides constitutionality. Given the current state of America, perhaps having another mechanism to reel in an out of control government would be a good thing to develop. I may have just found something to thank this administration for after all.