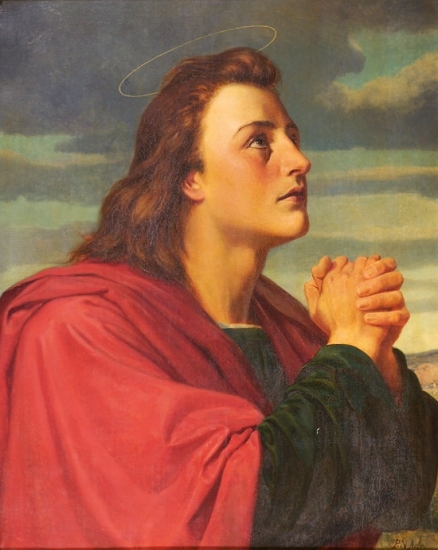 The Revelation of Jesus Christ, which God gave Him to show His servants – things which must shortly take place. And He sent and signified it by His angel to His servant John, (1)

Who bore witness to the word of God, and to the testimony of Jesus Christ, and to all things that he saw. (2)

Blessed is he who reads and those who hear the words of this prophecy and keep those things which are written in it; for the time is near. (3)

John, to the seven churches which are in Asia:

Grace to you and peace from Him who is and who was and who is to come, and from the seven Spirits who are before His throne. (4)

John is, presumably, the “beloved” disciple (John 19:25-35). John wrote this Gospel and “bore witness” in verse 35. Legend says that the Romans punished John by immersing him in boiling oil. When no harm came to him, the Romans exiled him to the island of Patmos. Apparently, they just didn’t know what else to do with him! 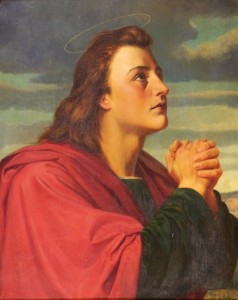 The words “witness”, “testimony”, and “martyr” are all interchangeable words.

As per Vine’s, μαρτυρεω (martureo) means to bear witness to something, sometimes rendered “to testify”. The word “martyr” means one who bears witness by his death. Nelson’s Illustrated Bible Dictionary defines “martyr” as “a person who gives testimony.”

We should also remember the Ark of the Covenant (also called the Ark of the Testimony). Between the two cherubim that sat on top of the Ark, God spoke to Moses. Also compare the importance of the two witnesses in Deut. 19:15. Keep this in mind when we study the Two Witnesses later.

A remarkable verse with much to think about along these lines is Revelation 19:10:

And I [John the Revelator] fell at his feet [a voice as identified in Revelation 19:6] to worship him. But he said to me, “See that you do not do that! I am your fellow servant, and of your brethren who have the testimony of Jesus. Worship God! For the testimony of Jesus is the spirit of prophecy.”

What could this voice possibly mean when he said that the testimony of Jesus is the spirit of prophecy? By some counts over 300 prophecies testify about Jesus and came true in his lifetime.

Going down a “rabbit trail” worth traveling: how do you know the Bible is true?

If you answered because God says so and God doesn’t lie, you would be correct.

But: how do you know God isn’t lying when He says He doesn’t lie?

The answer to this question is: prophecy. We know God tells the truth because He has proved it over and over in prophecies that have come true. This is no small thing. Can you accurately tell anyone ahead of time what you will be doing at this time two weeks from now? You can guess, but chances are that’s all it would be – a guess. God doesn’t guess. His prophecies are 100% correct.

The penalty for an Old Testament prophet who prophesied his own words and not God’s was death by stoning. If you go to a modern-day fortune-teller, ask them where their powers come from. If they tell you they come from God, ask them if they are 100% correct. If they aren’t, their powers do not come from God, no matter how convincing they may seem.

Understanding the above, read Revelation 19:10 once again. I believe it will have more meaning for you.

The text promises blessings to those who “read”, “hear”, and “keep” the things written in the Book of Revelation. Also consider Revelation 22:7:

Behold, I [Jesus] am coming quickly! Blessed is he who keeps the words of the prophecy of this book,…

But He (Jesus) said, “More than that, blessed are those who hear the word of God and keep it.”

These three things suggest that you must read, hear (understand), and keep (obey, respect and honor) the word of God. Only through study and determination can you do that.

“…from Him who is and who was and who is to come…” This definition of who this Book is about repeats itself in Revelation 1:8:

This is significantly important: these verses identify Jesus as part of the Trinity when He says He is the “Almighty”. Many cults today challenge the deity of Christ. Some say He was an angel, some say He was a prophet, others say He was just a good man. The problem is that He calls Himself the “Almighty.”

C.S. Lewis once said that either Christ is who He says He is or He is a madman. Lewis had a good point. If you claim to be God and you are not, then you are insane. Of course, if you are God, that is an entirely different matter. You will have to decide for yourself. Before you do, consider also Exodus 3:14:

“Your father Abraham rejoiced to see My day, and he saw it and was glad.” (56)

Then the Jews said to Him, “You are not yet fifty years old, and have You seen Abraham?” (57)

“He who overcomes shall inherit all things, and I will be his God and he shall be My son.” (7)

These verses make it clear that Jesus claims to be God and that He existed before the virgin birth. As one who was, He saw Abraham and Moses.

The first words of the Book of Revelation say:

The Revelation of Jesus Christ, which God gave Him to show His servants…

In only four verses, we see how Jesus reveals Himself to us as God. Is there a blessing for reading, studying and keeping the words of this Book? I can’t speak for you, but I am already blessed.