The three-judge panel set to hear an Obama eligibility appeal in New Jersey have changed their minds. They will hear it in public, not over the telephone as they first ordered.

Judges Clarkson S. Fischer, Jr., Linda G. Baxter, and Philip Carchman will hear the oral argument on Wednesday, May 30, 2012, at 1:00 p.m. Judge Carchman at first ordered that the argument take place by telephone. Instead, the court will sit in a regular courtroom and hear arguments before the public.

The session will take place at:

Apuzzo said that he wants as many New Jersey citizens as possible to attend the argument, “so [they] can learn first-hand” what the Obama eligibility case is all about. 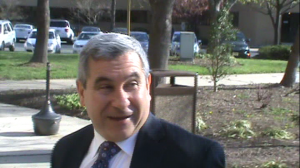 On May 18, 2012, Apuzzo filed this brief and appendix in his Obama eligibility case. Barack Obama’s attorneys were due to file their response yesterday. Apuzzo did not say whether they had done so or not.

Former Navy Commander Charles Kerchner points out that US law defines five kinds of citizen. He also quotes Apuzzo in distinguishing between citizen at birth and natural born citizen. The two are not the same. One is a subset of the other. Or as Apuzzo puts it:

Trees are plants, but not all plants are trees.

The point: a natural born citizen is one born in-country to two parents, both of whom were citizens when the child was born. Natural law, not positive (man-made) law, defines this phrase. Citizen at birth is a positive-law concept; it means whatever any country wants it to mean, when it wants.

Purpura and Moran have always argued that:

For more articles on this case, and a map of Trenton marking the address of the Hughes building, see this article at examiner.com.

I see two dual issues regarding Obama’s White House occupancy, that appear to be merging into one large conglomerate problem. First, Obama’s continued identity scandal. Second, Obama never meeting the US Constitutional requirement of being a “natural born citizen:”