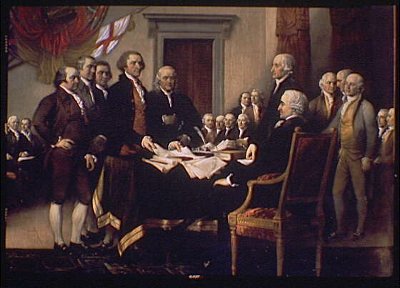 A country without a Father

That would account in part, for the many statesmen and politicians without any moral fervor or conviction in the halls of congress and the senate, and dare we include the White House?

We can see the evidence. The congress and its committees ponder and prattle over a myriad of new laws and regulations. And the death of a sworn officer of the law, (Border Patrol Agent Brian Terry) due to a failed scheme called ‘fast and furious,’ has still brought no one to answer for the horrible loss of his life. Not a shred of pride is detectable in this behavior.

Returning to the classroom we will find that America’s fathers are not the only ones to be shelved for presumably higher things. The idea that God is not father to us all and the very creator of all things has also had a generational long debut and has produced a generation that thinks it is fatherless and without a creator. How could they be expected to see Washington, Jefferson, Lincoln and others as fathers?

All of that wouldn’t be so bad if the evolutionary model were not stuck with its own faltering explanations. On account of new discoveries and old failing theorems, that model is taking on water at an alarming rate. Wounded pride and dismissive dishonesty will not let us admit that we have sold off an entire generation to an unproved idea that is flawed and whose time has both come and gone.

We have a President who is titillated with handheld gadgets and electronic toys via the magic of technology. No one seems to notice that while eyes are glued to the screens and brains are engaged with trivial nonsense, apps, games and blather, this generation has a shrinking worldview that is leaving behind the very real world they are living in.

Our nation’s mayors are occasionally still referred to as the ‘city fathers.’ New York’s Mayor Bloomberg has started the latest controversy by coming against serving large sized soft drinks in the city’s restaurants. People now call him the ‘Soda Nazi’ and the ‘soda pimp,’ but that’s not the worst of it. Americans suck most of the alternate world of la-la land up their noses in billions of dollars’ worth of cocaine. In that light, this soda flap might make one of history’s all-time records for inexplicable absurdities for those looking for new material for Ripley’s. Did we win the drug war while we were busy doing other things? Are we now free to move ahead in the battle against that dastardly sugar and spice? Look out, all you lovers of egg crèmes, Brooklyn pizzas and kosher deli sandwiches! The Gourmet Gestapo may be hot on your gluttonous trail.

A lesson from Scripture 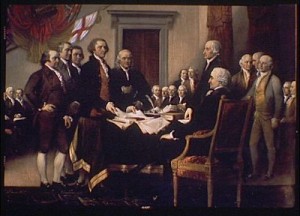 How can the following passage of writ not scream from the pages of the Bible to warn the dilettantes of government?

Hollywood keeps up the offerings of violence and sleaze in their films, but will not be outdone by television. The one major conservative TV cable network that we might think would toe the line has also started to sink in the pop culture quicksand of the hour. The latest offering is a dating show that promises to produce a lot of laughs. But the final product is setting up a bunch of good looking girls and guys for a ‘summer fling.’ No, it is not exactly porn, but if our imaginations are still working, it is not hard to see it is only a few steps behind. Should we take pride in this?

After announcing that he is okay with same sex marriage, the president has now been referred to as our ‘first gay president,’ and some writers have begun to call him ‘Prezzy’ in response. Hollywood, academia and liberal politicians have sliced up what’s left to the dignity of the American people like a bunch of bandits and thieves selling hot watches and jewelry out of the trunk of a car. They lead us on in laughter like so many dogs in heat performing in a three ring circus. Sex is the keyword that keeps the performance going and dignity is disappearing along with her long forgotten sister – shame. But shame is not the only forgotten sister, now the dark cloud of gendercide begins its decent into the American decline.

Inasmuch as all presidents have been viewed as fathers to the nation how is the current occupant of the White House faring as a father to America? With his recent announcement that men should be allowed to marry men and women should be allowed to marry women our opinions have surely shifted further from one side to the other. Add to this the knowledge that he has no intention of working to stop the scourge we know as abortion and now, the new threat of gendercide and any remainder of pride has been given its walking papers. Suffice it to say the great divider (Obama) will not make the pages of history as one of the great fathers of the nation.

He has managed to ignore the clear warnings of scripture, every humanitarian effort, all basic instinct and even something we all call our ‘gut feeling’ to encourage practices that we all know most assuredly are backward and perverse. He has paved the way for a new set of psychological maladies to be experienced and categorized in our future. It is bound to produce an entire generation that sooner or later will have to reckon with the shock of realizing that, their lives, their fortunes and their futures were paid for by the lives of their very own – sisters. Not a stitch of pride can be found here.

The best and the worst within us

As it pertains to fathers who were great examples and guides, our future can be measured in our willingness to abide by, and honor, both their guidance and their example. When we disregard their best we tend to slide into our worst. The Apostle Peter was aware that in the last generation of time that men would disengage themselves from both the founding fathers of the faith and the very apostolic teachings themselves.

Peter said, “That ye may be mindful of the words which were spoken before by the holy prophets, and of the commandment of us the apostles of the Lord and Saviour: Knowing this first, that there shall come in the last days scoffers, walking after their own lusts, And saying, Where is the promise of his coming? For since the fathers fell asleep, all things continue as they were from the beginning of the creation.” (2 Pet 3: 2-4)

Fathers of a bygone era once gave us warning by declaring that we were ‘cruising.’ We all knew that it meant we were pushing the envelope and cruising for the bruising. It was summary judgment in the form of the belt or a punishment meant to put an end to our foolishness. In the hands of a loving parent it was, and still is, one of the most effective deterrents to creating a burden to society known as a ‘juvenile delinquent.’

The permissive society of the day is more interested in personal ‘self-esteem’ than in our collective ‘self-control.’ Never has the wisdom of one of our most venerable ancient fathers been more appropriate than it is today. The author of the Wisdom of Solomon said, “Because sentence against an evil work is not executed speedily, therefore the heart of the sons of men is fully set in them to do evil.” (Ec 8: 11)

If the voices of the founding fathers could be heard today, would they tell us that they are proud of us – or would they warn us that we are cruising?