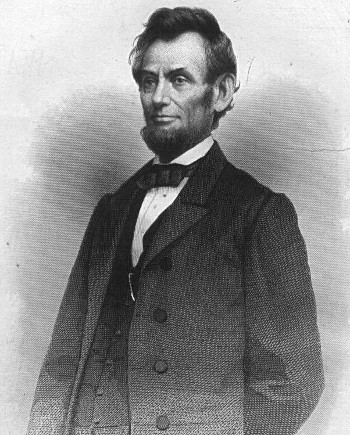 Any normal school student could research and find the heart of the Lincoln administration and of Abraham Lincoln himself, in very short time. Discovering Lincoln’s sole purpose during his presidency may be easy, but that does not make it unimportant. In fact, it may be the most important discovery any American could make in a lifetime except for coming to the love of Christ.

Lincoln and Obama, side by side

Only a cursory comparison of Abraham Lincoln and Barack Obama would force any discerning mind to a singular conclusion. One President was the great unifier and the other is the great divider.

Barack Obama has set brother against brother, women against men and the rich against the poor. He has made villains of entrepreneurs and heroes of those on the dole. He has put enmity between those who want to extract our natural resources and those who think we should build windmills.

He has alarmed women to believe that their right to discard their unwanted children is greater than the natural human instinct to live that each unborn child possesses, but cannot voice.

He has facilitated a class distinction that pits a group called the 99 percent against another referred to as the 1 percent. He has made the wealthiest out to be thieves who do not pay their fair share of taxes even while knowing that they pay more taxes than the middle class and they always have.

He has, with the help of the democratically controlled Senate and Senator Harry Reid (D-NV), pit the Senate against the House. He has strangled bi-partisan political cooperation to death. In spite of his manipulation and the complicity of Sen. Reid, somehow he lays it all on the Republican-controlled House. Yet, many Americans are not fooled. The seemingly uncooperative Congress has made some of the most important blocks in American history.

Barack Obama will enter the annals of American history, clearly, as the first president to start a war against the church via the HHS Mandate. Disregarding Constitutional protections he has chosen to just go blithely ahead and make a law about religion. He has created a war in the very conscience of every believer Catholic or Protestant that is unprecedented and almost unbelievable considering his highly questionable claim to be a Christian.

In short if there is a division existing today in American society, commerce, politics or religion, Barack Obama has his hand in it, or has engineered it completely on his own. 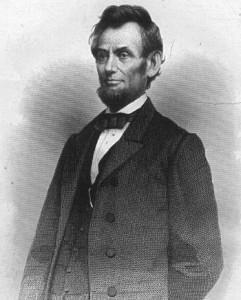 In sharp contrast is the sixteenth president who spent his entire life laboring to preserve the Union. Lincoln engaged the best of all his sensibilities to keep the country together. He was the Father who would rather die than see the family broken up. He was a visionary, a prophet and consoler of a nation that was forced to mark the changes that were not acceptable to its future with the blood of those who were then thrust together at the crossroads of history.

Before he made his famous Emancipation Proclamation to the nation, Lincoln made clear that he was against not slavery alone, but  anything that threatened to divide the nation.

In a letter to Horace Greeley, the editor of the New York Tribune, Lincoln explained succinctly his position and his sense of his Constitutional responsibilities. In only a few short sentences we can see exactly how Lincoln would vote today.

As to the policy I “seem to be pursuing” as you say, I have not meant to leave any one in doubt. I would save the Union. I would save it the shortest way under the Constitution. The sooner the national authority can be restored; the nearer the Union will be “the Union as it was.”

The Union as it now is

We have come as close to the dissolution of the Union that we have ever been under the Obama Administration, even without a civil war. Lincoln would easily recognize this situation and would vote for anyone, absolutely anyone at all, that would try to hold the nation together. It is here that we can safely say that he would vote for Mitt Romney.

Creating warfare among citizen groups, sectors and individuals has been the hallmark of Barack Obama’s administration. This is hard to understand in view of the fact Obama has stated both that he would like to be a president like Lincoln and he would like to know more about Jesus Christ.

The bottom line is that Lincoln was a unifier not a divider. Jesus Christ is well-known for these famous words, just about everywhere in the entire world, to wit:

Abraham Lincoln, of course, quoted those words in 1858. Less than three years later Lincoln would learn how real those words are.

http://www.americanprophet.org has since 2005 featured the articles and reports of journalist Rev Michael Bresciani along with news and reviews that have earned this site the title of The Website for Insight. Millions have read his timely reports and articles in online journals and print publications across the nation and the globe. Dozens of the best writers in the nation are also featured.

Benghazi attack: what is Obama hiding?

Abraham #Lincoln would vote for #Romney for President, not #obama! link to t.co

How come there is no share botton on you’re posts? Sharing.

From Terry,
“Barack Obama has divided where Abraham Lincoln unified. A side-by-side view of Obama’s and Lincoln’s records shows that Lincoln would vote against Obama.”
link to cnav.news