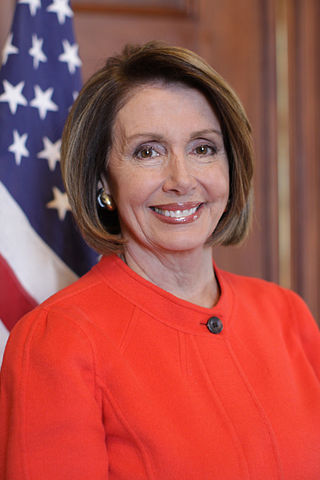 Yesterday the House of Representatives cited Eric Holder, the Attorney General, for contempt of Congress. They did this because he refuses to let them see critical documents about Operation Fast and Furious. This should have surprised no one. Republicans had the votes, and even some Democrats agreed with them. But as contemptible as Eric Holder has been, most House Democrats behaved even worse. They poured contempt on themselves, the House, the memory of a dead federal agent, and on the people’s liberties.

The House voted twice to cite Holder, first for criminal contempt, second for civil. This was no frivolous exercise. Technically, Rep. Darrell Issa (R-CA) accuses Holder of a criminal act: withholding information from Congress, information that he ought to let them see. But Congress usually refers criminal contempt cases to the United States Attorney for the District of Columbia. Eric Holder is that man’s boss. He isn’t likely to investigate very far.

So in addition, the House cited him civilly as well. That lets the House hire its own lawyer and take Holder before a judge. Now a judge would ask to see the documents that Holder won’t show. If Holder doesn’t show them to the judge, now he’s in contempt of court. If he does, then maybe the American people will learn how much he knew about Operation Fast and Furious while it went down, and how much he knew before and after Agent Brian Terry died in the line of duty.

Before the first vote took place, Rep. Sheila Jackson Lee (D-TX) moved to reprimand Chairman Issa. She said he has run a partisan investigation and a “witch hunt.” The House voted her down. Democrats then tried to refer the matter back to the House Oversight Committee; the House voted that down, too.

To no one’s surprise, Republicans (all but two) voted to cite Holder both times, and they had the votes alone. But rumors, even before the votes, had several Democrats breaking ranks to vote to cite Holder also. Break ranks they did, at least seventeen of them.

That’s when most of the House Democratic Caucus did the contemptible thing. 110 of them got up and walked out of the House chamber.

Democrats apologize for Holder and Fast and Furious

The Congressional Black Caucus threatened to do this the day before. When they did, Nancy Pelosi, the Democratic Floor Leader, joined them. (Sixty-five Democrats stayed in the chamber to cast “No” votes.) Outside, on the Capitol steps, Pelosi said:

Pelosi seemed to have forgotten what the vote was all about: Operation Fast and Furious, the thousands of guns that “walked” during that operation, the deaths of two federal agents and 200 Mexican nationals, and even Agent Terry’s name. (She probably needn’t feel too bad; White House Press Secretary Jay Carney couldn’t remember that name, either.)

Again to no one’s surprise, the White House condemned the contempt votes, too. The White House said several things, some obviously contrary to fact:

The White House seems to think that Chairman Issa’s goal is to bring down the (putative) President himself. Issa has a larger goal: to find out how this government let gangsters get their hands on two automatic rifles and use them to kill two US LEOs and 200 Mexican civilians. And Issa should seek to protect the Second Amendment against a putative President and an Attorney General who want to abrogate it. And considering the kind of Supreme Court we now have, that would be ridiculously easy. (Slap an annual tax on every gun owner. Did not Chief Justice John Roberts say that the power to tax has no limit?) Easy, that is, if the Democrats controlled the House. They do not.

And that is the real reason why anyone in Congress is investigating Operation Fast and Furious. In 2010, Republicans won control of the House. Had this not happened, Ranking Member Elijah Cummings (D-MD), as Chairman at Oversight, would have accepted Eric Holder’s first letter saying that no such operation as Fast and Furious exists or existed. That would have been the end of it. But that letter wasn’t true. Holder had to take it back. That’s what those documents that Issa is after, are all about:

And what does Nancy Pelosi (and Holder, too) mean by accusing Republicans of “putting politics ahead of public safety”? OnTheIssues.org tracks three votes she cast. Those votes clearly show that she favors “gun control.” The Pennsylvania Firearms Owners’ Association has more on her wants: stopping guns from crossing State lines, and a national gun registry. So when she speaks of public safety, mightn’t she be talking about gun control? She is not on record as saying this out loud, but nearly everyone in or out of Washington, DC knows what she thinks. And that is: that no person, except a law-enforcement officer, a military service member, or an official bodyguard, ought ever to carry a gun.

But today, Holder surely knows that he and his friends have failed completely to “brainwash people against guns.” After all, his boss is “the best gun salesman in America today.” So he does not dare raise the real issue at the heart of Fast and Furious. And if he raised it confidentially with his boss, the boss (i.e. Barack Obama) wouldn’t care to raise it, either, or have anyone else raise it. Hence the claim of “executive privilege,” and Holder’s consistent withholding of information.

The House will likely wait a “decent interval” for the USA-DC to act. When he does not, they will hire a lawyer and take Holder to court. Most likely, that will wait long enough that Holder and his boss will be out of their jobs, anyway. Then (one hopes) President Romney and Attorney General Chris Christie will investigate Operation Fast and Furious on their own.

John Roberts, thy name is TRAITOR!