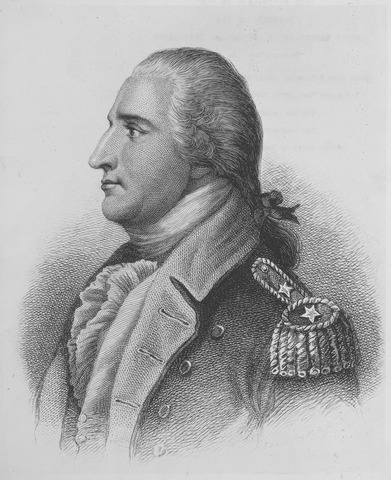 Move over Benedict Arnold, the pages of history have just revealed a new villain – Chief Justice John Roberts. If you turned on your television, radio or computer today, chances are you have heard about two major issues:

The talking heads are trying their best to convince us that this is a good thing – please do not insult our intelligence. Can we take these lemons and make lemonade? I hope so, but if we do it’s no thanks to SCOTUS.

In a move that would make the Bee Gees proud, these jive talkin’ turkeys in black robes managed to confuse the living daylights out of the rest of us. Well, take heart, America. It’s not our lack of understanding that is faulty; it’s either their lack of comprehension of the law or their refusal to comply with it. And chief among them is Chief Justice John Roberts, once thought to be the great conservative hope of SCOTUS.

There are several peculiarities in SCOTUS’ decision. On one hand SCOTUS ruled that the Commerce Clause argument was unconstitutional – however, they went on to support the rest of the legislation. Did I miss something? If any part of this is unconstitutional, how can it be forced down our throats? You may recall hearing about “severability” – if you don’t know what that is, read Nick Purpura’s recent article. A severability clause was not included in this legislation but that didn’t stop this Court. They severed it anyway.

The Commerce Clause does not suffice…

Construing the Commerce Clause to permit Congress to regulate individuals precisely because they are doing nothing would open a new and potentially vast domain to congressional authority. Congress already possesses expansive power to regulate what people do. Upholding the Affordable Care Act under the Commerce Clause would give Congress the same license to regulate what people do not do. The Framers knew the difference between doing something and doing nothing. They gave Congress the power to regulate commerce, not to compel it. Ignoring that distinction would undermine the principle that the Federal Government is a government of limited and enumerated powers. The individual mandate thus cannot be sustained under Congress’s power to ‘regulate Commerce.’

…but the Tax Clause does? 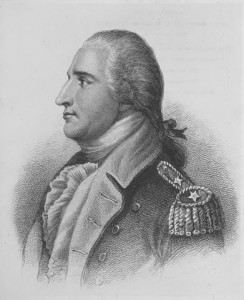 John Roberts correctly acknowledged that this Act could not be upheld under the Commerce Clause. But that didn’t stop him. Instead he gave the Congress another avenue to do the same thing. In his comment above he stated that our Framers knew the difference between doing something and doing nothing. Apparently you can’t say the same for any branch of our government today. This Act does give Congress the right to regulate what people do not do. How could John Roberts miss that? The very reason the Commerce Clause couldn’t stand as an argument in favor of upholding this legislation is because there is no argument to uphold this legislation. Congress does not have the authority to regulate what you do not do. John Roberts was correct. Congress can regulate trade – they cannot compel it – plain and simple. In the words of Benedict — I mean John Roberts:

Ignoring that distinction would undermine the principle that the Federal Government is a government of limited and enumerated powers.

Right again – but ignore it, he did.

Not the Court’s job?

John Roberts goes on to say:

Members of this Court are vested with the authority to interpret the law; we possess neither the expertise nor the prerogative to make policy judgments. Those decisions are entrusted to our Nation’s elected leaders, who can be thrown out of office if the people disagree with them. It is not our job to protect the people from the consequences of their political choices.

Right again. There is something called judicial restraint that is supposed to “restrain” judges from writing law, but then John Roberts goes on to re-write the law. (A bemused Justice Anthony Kennedy says as much in dissent.) Confused? You should be. His arguments are correct, which makes his decision hypocritical at best.

It would be so nice if this were the end of the ambiguities in this decision. It is not. The majority decision (that is to say, the decision of John Roberts) acknowledged that this is a tax. OK. Then why didn’t he strike it down as unconstitutional on the basis that the Act did not originate in the House, as all revenue raising Bills must?

Mustn’t a tax be uniform?

Again, that’s not the only problem with this being a tax. John Roberts’ opinion further confused our citizens by stating that states could choose not to expand Medicaid without reprisals from the government. But…but…but if it’s a tax, then according to our Constitution all taxes have to be evenly charged throughout the country. You just can’t have one state paying a tax and another opting out. Maybe that’s not what they meant. Pundits are still trying to figure out what they meant, but all the waivers extended to unions and others should be invalidated if this is a tax. You cannot constitutionally tax one state and not another or one citizen and not another under Article 1, Section 9, paragraphs 4 and 6 – not to mention the practical nightmare this would create

Right now 53% of our citizens are paying taxes. The other 47% do not. What about equal protection? Let’s assume this Bill as adjudicated is enforced and the 26 states that have filed lawsuits against it opt out. That puts the burden of carrying this mess on the other 24 states, out of which we will assume 53% pay taxes. I’m not an accountant, and right now I don’t want to be because the scenario frightens the *#!!!**## out of me!!!!

There are those that are doing their best to cut John Roberts some slack. But I don’t think he deserves it. Over the course of the last 24 hours, I have heard many outraged commentators do their best to assert that they respect the court but the court just got this one wrong. As a former court reporter I can tell you that years ago the courts I served in deserved our respect. And I’m sure that there are many justices today that are committed to upholding the Rule of Law and our Constitution, the problem is that they are not the ones making news. Between SB1070 and now this debacle, it would be hard for this former court reporter to enter any courtroom and address the person sitting in front of me in a black robe as “Your Honor”. I’m sure they’re out there. They just haven’t been visible lately.

I wouldn’t be shocked if he were on the payroll of health insurance companies. Don’t forget, the individual mandate was originally a Republican idea, although it was Obama who picked it up and carried it.

Anyone can make a mistake. One thing that Mitt Romney ought to do, and fast, is to acknowledge that mistake.

And payrolls? Why is it that whenever two or more people agree to invest their own money to form that entity we call a joint-stock corporation, other people of a certain political bent decide that said entity, and every investor therein, is ipso facto evil? And that a group of workers, to whom the government grants the privilege of shutting-out all other workers and then “negotiating” with an employer, is ipso facto good?

You point out 2 major issues which make this decision so out of sort and so ill-fated. They are:

“……..The majority decision (that is to say, the decision of John Roberts) acknowledged that this is a tax. OK. Then why didn’t he strike it down as unconstitutional on the basis that the Act did not originate in the House, as all revenue raising Bills must? ………

…….. all the waivers extended to unions and others should be invalidated if this is a tax. You cannot constitutionally tax one state and not another or one citizen and not another under Article 1, Section 9, paragraphs 4 and 6 – not to mention the practical nightmare this would create………..”

I agree with you that no slack should be afforded justice Roberts. He did the American people dirty and trashed Constitutional principle!

I’m curious – why is Justice Roberts the only traitor here? I thought five Justices voted for the measure.

Or is Roberts the only one who Roseann expects to vote as she would vote and because he didn’t, it’s treason? I know she’s been accused of dealing in absolutes, but this is ridiculous.

Because he twisted the Constitution beyond all recognition, as the four dissenters showed quite clearly.

You only half answered the question. You told us whey Judge Roberts is a traitor, but not why *only* him. There were 4 other judges in support of that position. Could you please contrast Roberts with them and how he is a traitor and they are not?

To engage in a bit of a straw man, we are otherwise left with a few inferences:
1) You were purely singling Roberts out as an example for dramatic effect and all qualities also applicable to the other 4. It would have been nice for clarity if you had added that to the article.
2) The other 4 made sound and rational decision to support this and only Robers used an illogical argument. Of course using this he could have used the position of the other 4 without being a traitor but resulting in the same 5-4 split and it is not so much the final verdict you reject as traitorous as much as the specifics used in the opinion written by Roberts.

The other four behaved in a predictable fashion. Actually, who said that they weren’t traitors? Only that John Roberts said that he would support and defend the Constitution, and then didn’t do it.

When Ruth Bader Ginsberg openly says that she would never advise the leaders of any rebel movement to copy our Constitution as the model for a new government, I expect no better. Bill Clinton might as well have named Frances Fox Piven and her late husband Richard A. Cloward to the court.

John Roberts gave us reason to expect better than he gave.

And the other 4 Justices who voted with Roberts didn’t?

Actually, they did. But I expect no better.

[…] here for her speech) and Mr. Justice Stephen Breyer. Chief Justice John Roberts’ tortured decision in NFIB v. Sebelius suggests that he might rule against this hypothetical gun owner or dealer by […]

| What goes around comes around: The never ending saga of Chief Justice of the Supreme Court, John Roberts

[…] efforts are not universally revered. “John Roberts, Thy Name Is Traitor,” one conservative news site blared after the Obamacare decision. Glenn Beck offered T-shirts with Roberts’s smiling face and […]

[…] efforts are not zodiacally revered. “John Roberts, Thy Name Is Traitor,” one conservative news site blared after a Obamacare decision. Glenn Beck offering T-shirts with Roberts’s smiling face and a […]