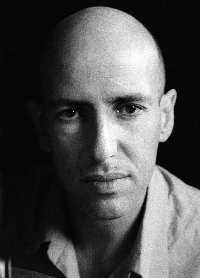 A British biology professor spoke last Thursday at a scientific conference in Ireland. Most media organs ignored the conference, and his speech. They shouldn’t have. For he told the conference something positively shocking: eugenics would soon be a regular medical service, and part of medical pre-screening for couples. And those couples would ask for it of their own free will.

Professor Armand Leroi of Imperial College London made his remarks at the Euroscience Open Forum 2012, in Dublin, Ireland. Imperial College describes Leroi’s field as “developmental evolutionary biology.” According to his entry in Wikipedia, he is no stranger to controversy. Seven years ago in The New York Times, he argued for “using racial types in medical genetics.”

The headline in The Daily Telegraph last Friday said it all:

DNA testing “will screen out lovers.”

No doubt the Telegraph didn’t mean to say that eugenics would supplant love in choosing whom to marry. Or did they? The article led off thus:

Couples will soon be able to choose their life partner solely based on the compatibility of their genes instead of through love, a scientific conference has heard.

Welcome to the new eugenics. Welcome to the new definition of “well-bred.” In this Huxleyan future, men and women will arrange their marriages the way thoroughbred racehorse owners breed their colts and fillies.

Leroi brazenly said that eugenics was already available. How? He cited abortion, of course.

Eugenics, past present and future

The old eugenics, that offended everyone’s sensibilities except those who practiced it, had its prize example in Nazi Germany. The Lebensborn program matched “racially pure” men and women who would produce new “Nordic” babies. The less-well-known part of the program was the SS crèche system for taking care of mother and child.

Dr. Leroi boasted that the British National Health System would soon make DNA testing a regular service. That every other Western country would adopt this, is only logical to expect. This is sure to become part of Obamacare, or even a “covered service” that insurers would pay for.

The future is likely to come full circle to the Lebensborn model: a coercive system, arranging every marriage, and bringing up every child in a government crèche.

This is another example of the over-weaning pride of “scientists” who think they can solve all human ills. In so doing, they lose sight of what makes us human. Dr. Leroi, if his curriculum vitae is correct, lost sight of that long ago. We must make sure not to lose sight of that ourselves.

Related Topics:abortioneugenicsscientific theory
Up Next

November 6, 2012 an Election or a Last Chance? – Check Your Clock America!

Clergy: A Hopeful State of Hopelessness

The perfection which eugenics enthusiasts seek, will not be found. These Frankenstein people need to look at history and learn from that. Didn’t they ever hear of Nazi Germany?