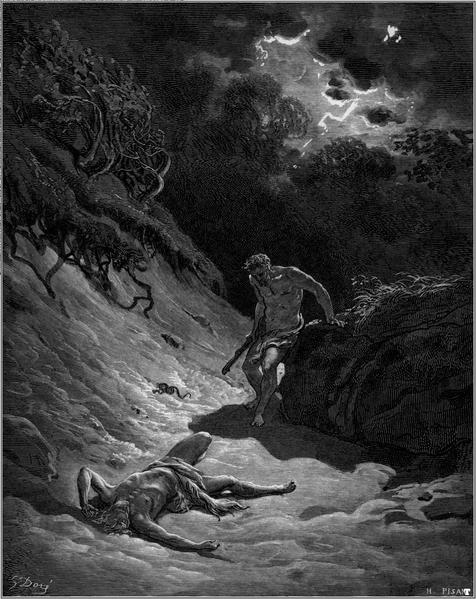 We are reeling after the horrible event in the theater in Aurora, Colorado, but while it is still unfolding we must now endure the army of experts and analysts who offer their solutions, counsel and views on every detail and nuance of the tragedy. People with shock and horror still clearly written all over their countenance have microphones pushed in their faces followed by ridiculous questions like, how did you feel when you saw…

Then along comes one former Baptist minister, turned Governor, turned TV talk show host with a summary that hits the nail on the head. Although he was saddled with the daunting task of hitting the nail on a board that someone keeps moving; he took aim and brought the hammer down with a single blow that drove it in up to the hilt.

Mike Huckabee commented that after all is said and done it can be seen that it is not education, politics, society or a plethora of other things that is wrong with our nation, “ it is sin,” Huckabee said, even as a muffled amen rose up from his audience.  Don’t run – take the earpiece out of your ear, put down the iPad, tear your sweaty hand from the game stick or shut off the TV for a five full minutes to ponder the Governor’s conclusion. Atheist, agnostic or true believer, you will have to admit that it is the most reasonable conclusion anyone has offered yet.

The notion that America has tuned out the moral message of the gospel is a complete falsehood, for two simple reasons. The first is that millions of Americans are praying more and proclaiming the need to turn back to God more than at any time in our recent history. The second is that the rest of the population is fully tuned-in to something else. The gospel is being preached, but who is listening?

They sit like mindless sheep in the classrooms where instructors tell them they are primitive minded Neanderthals for ascribing to any religious view that holds man accountable to the Creator God. They have the latest tunes, news, weather and sports pumped into the space between their ears on countless new electronic gadgets that don’t pause even while they send photos, texts and messages to friends. For leisure they take up one of Hollywood’s latest offerings of altered reality from a video disc or as it were on July 20, 2012, in a local movie theater.

Now we have come full circle to where this subject began. Sadly it was in this setting where the world’s worst reality crashed in, uninvited, unexpected and completely unwanted as an intrusion to Hollywood’s magic, mayhem and nonsense.

…and the first principle 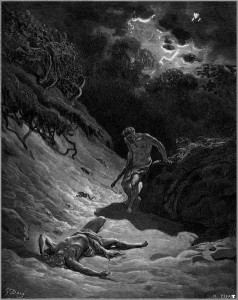 With forensic psychologists, legal experts and social scientists offering thousands of possible explanations who wants to go all the way back to the antiquated, over-used and largely discarded message of the gospel? Modernity’s answer is understood, but it is not necessarily the correct answer. In crisis, calamity and tragedy the best answer has been and still continues to be found in an old adage not heard as much anymore. “Wise men still seek Him.”

It is too easy to say that America has become a deeply sinful nation. We need only to look around, peruse the news or listen to our neighbors to come to that indisputable conclusion. What is almost impossible to find is someone that admits that we are sinners and that sin is our greatest problem. Echoes of John’s epistle fly from the past to the ailing conscience of modern man, not to condemn, but to re-direct and hopefully stop the loss of one single man or an entire nation. To wit:

“But if we walk in the light, as he is in the light, we have fellowship one with another, and the blood of Jesus Christ his Son cleanseth us from all sin. If we say that we have no sin, we deceive ourselves, and the truth is not in us. If we confess our sins, he is faithful and just to forgive us our sins, and to cleanse us from all unrighteousness.” (1 John 1: 7-9)

Thousands of years before John offered his inspired word about man’s denial of sin and its remedy, the writer of the book of Deuteronomy warned that when mankind refused to deal with sin and obey God’s commandments that lots of troubles would ensue. While we engage dozens of government agencies to avert acts of terrorism from without, Deuteronomy warned of the terror within, but withholds nothing about the source and cause of that terror. Yes – it is sin, just as Governor Huckabee has concluded.

Not only did the ancient people reject the message, but they used the same excuses that modern man uses today. They said there is no sin and if there is, God is not going to judge us for it. They concluded that time and chance alone accounted for their calamities.

“I will heap mischiefs upon them; I will spend mine arrows upon them. They shall be burnt with hunger, and devoured with burning heat, and with bitter destruction: I will also send the teeth of beasts upon them, with the poison of serpents of the dust. The sword without, and terror within, shall destroy both the young man and the virgin, the suckling also with the man of gray hairs. I said, I would scatter them into corners, I would make the remembrance of them to cease from among men: Were it not that I feared the wrath of the enemy, lest their adversaries should behave themselves strangely, and lest they should say, our hand is high, and the LORD hath not done all this.” (De 32: 23-27)

We are still making the same conclusions as the ancients; “and the LORD hath not done all this.” Thus we make true, the grand conclusion from yet another Biblical writer, King Solomon. Heralded as the wisest man to have ever lived in his day, Solomon concluded that men would always be victims of their own sinful nature even as they dissed, denied and deferred their complicity in their own destruction.

Be it Solomon, Deuteronomy, John or Huckabee this is no Sunday school lesson, but a call to the highest level of discernment a nation can muster, it is a clarion call from the everlasting wisdom of the ages. It is our sin that is destroying our nation – no more and no less.

Root Cause of the Aurora Shooting Murders « moralmatters.org

[…] Aurora:  A Fractured Society Makes a Fraternity Of Fools Not a Nation – conservativenewsandviews.c… […]

Nice commentary! It is so true what you say, and how you connect the dots:

“……It is our sin that is destroying our nation – no more and no less.”

Sadly, and pathetically, our [so-called] “modern” culture thinks itself too sophisticated to acknowledge good old fashioned sin against the holy Creator God of the historic Hebrew and Christian Scriptures. Instead, sin is replaced by all sorts of rationalistic euphemisms to disguise the gut reality of a people and nation who have departed from the reality of the divine revelation, and their need for the Savior:

The very celebration of human “liberty” cloaked in no holds barred disobedience to God’s Ten Commandments continue to illustrate the downward spiral trek of a nation gone wild. Until our nation wakes up and understands its “depravity,” there is no hope for repentance and renewal:

Root Cause of the Aurora Shooting Murders