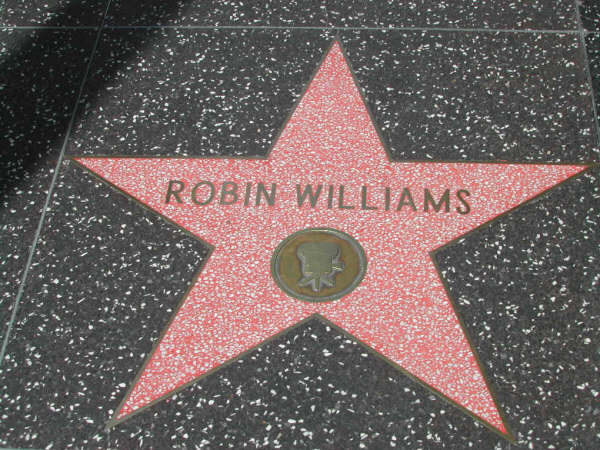 The world lost two of the greatest acting talents who ever lived and worked over the last forty-eight hours. Robin Williams tragically strangled himself. Lauren Bacall suffered a stroke and died. For hard-to-fathom reasons, Robin Williams gets more attention than does Lauren Bacall. (He did have four movie projects going when he died. (One of them, a sequel to Mrs. Doubtfire, might never bear fruit.) That, as much as how he died, might be why the world still talks about Robin Williams at the time of this writing.

But the world should remember Robin Williams. He inspired audiences everywhere to do the one thing human beings say they appreciate, but won’t do: think for themselves. 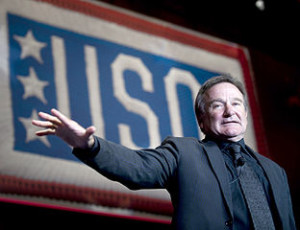 Robin Williams rarely said anything openly political. Today people remember him “roasting” George W. Bush in December of 2008, but also getting a few licks in for Bill Clinton. But few people talked about that routine at the time, except those who attended. Which means the joke fell flat. (If you doubt that, play it below.)

Robin Williams made his best impact in his movie projects. Movie-goers remember three of them above all: Good Morning, Vietnam!, Mrs. Doubtfire, and Dead Poets Society.

Why do they remember these three, more than the rest? Because in each of them, Robin Williams tore down icons, and challenged the way we think about things. That’s what an iconoclast does.

In Good Morning, Vietnam! he skewered, not so much the Vietnam War per se as middle management everywhere. And not only in the United States Armed Forces, but in any organization large enough to have a class of managers between the owner(s) and the workers. In the case at hand, “middle management” officers did not find Adrian Cronauer (the lead character) “G.I. enough.” That’s because he offered a fresh look, not only at the situation the troops were in, but the Army way of doing things. Anyone who has been in government service at any level, knows how absurd government bureaucracy can be. (Why do you think they call it “Byzantine”? Because the Byzantine Empire invented bureaucracy and middle management. Robin Williams would have been right at home as a comic and dramatist in Constantinople.)

His character of Mrs. Doubtfire ostensibly took on the family courts of America and how they sometimes can’t do justice. Robin Williams also made people think whether men who seek after the affections of divorced women really act properly in so doing. But he took aim at another target: his own industry, especially television. Daniel Hilliard, before he affects his “Mrs. Doubtfire” persona, loses his job by going off-script. He eventually gets another gig, by turning his female-impersonation character into a TV personality. How? As he explains to a TV station owner/manager: an actor should never talk down to his audience, even if they are children. As too many children’s shows did in those days.

Finally we come to Dead Poets Society. Here Robin Williams levelled his most scathing attack: at the institution we call “school.” Anyone who has been to school, remembers how boring it can be. Few teachers know how to relate their subjects to things their students see in their lives and the world around them. The worst failing is in the teaching of English literature. Robin Williams did not seek to replace the Western Canon. He sought to make that canon real for his students, and make them feel what the original poets must have felt when they wrote such works as O Captain! My captain! (Walt Whitman). And also to show his students how a poet works, and where inspiration comes from.

But Robin Williams did more. In this, more than in any other project (and this is not to say he didn’t do it in his other projects), he exhorted viewers to defy convention. Dead Poets Society is a controlled experiment. Robin Williams’ character, John Keating, is the experiment. His boss, Mr. Nolan, who tries to take his class over, is an internal control. His faculty colleagues make a good external control. The viewer may see for himself which teacher succeeds, and which teachers fail, often miserably so. And the secret of John Keating’s success: he teaches his material, not by having students recite it drily or report on it just as drily, but to learn how it felt to create it, and what the authors were trying to say.

Fans of Robin Williams are paying him an interesting tribute. They are standing atop their desks, taking self-portraits, and publishing these to Facebook. They are re-creating the last scene in Dead Poets Society, when Keating’s pupils stand atop their desks to say good-bye. This is how they remember the man, both the character and the real-life actor, who taught them to think and act to defy convention.

Why did Robin Williams kill himself? Maybe he forgot some of his own lessons. That makes them no less valid. We can best remember Robin Williams by doing what he tried to teach us in his life and career.

Related Topics:dramaeducationmovie theater
Up Next