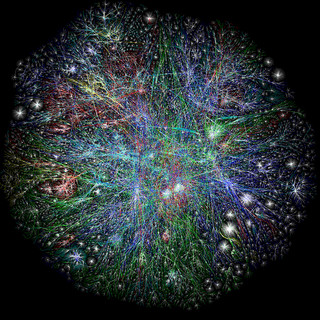 Last week, L. Gordon Crovitz showed that the putative President when too far when he said, “You didn’t build that!” Specifically, Barack H. Obama described the Internet as a government project. Crovitz showed that it wasn’t. After that, Obama’s defenders and apologists everywhere shouted in many voices, “Oh, yes, it was!” No, it wasn’t.

Headlines repeat: You didn’t build that!

The headlines are more at fault here than the articles. This interview with Vinton Cerf, developer of TCP/IP, is a case in point. The headline reads:

Actually, when the interviewer asks Vinton Cerf who invented the Internet, he credits himself and colleague Robert Kahn for the “basic design.” The rest of that paragraph is a hash of government and academic names. He does not mention Xerox then, though he did earlier.

But Cerf leaves out that the idea for a network of information servers goes back to the period after World War Two, and arguably to the Depression. He also says something curious. When his interviewer asks him what would have happened without the government, he says:

You might have ended up with OSI [a rival protocol].

What? Does Cerf mean to say that he would never have built that without the government? What kind of inventor waits for the government to tell him what to do? But he also admits something else: an Internet would have taken shape, if not the Internet we know today. Besides: OSI was another government protocol. He says on one hand that the rival protocol would take over, after implying that it might never come to be!

Michael Hiltzik, at The Los Angeles Times, is also quick to call the government the sine qua non of the Internet.

Without ARPA and Bob Taylor, [the Internet] could not have come [to be]. Private enterprise had no interest in something so visionary and complex, with questionable commercial opportunities. Indeed, the private corporation that then owned monopoly control over America’s communications network, AT&T, fought tooth and nail against the ARPANET. Luckily for us, a far-sighted government agency prevailed.

The key word is monopoly. Monopoly and government go together. Even the vaunted break-up of AT&T exchanged one national monopoly for a dozen or so regional monopolies (BellSouth, Bell Atlantic, NYNEX, etc.). Hiltzik forgets that the government gave AT&T the power of which he is so jealous.

But Farhad Manjoo at Slate takes the prize. He says:

The important interplay between public and private funds…has been necessary for all great modern technological advances. 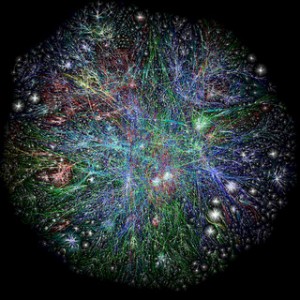 Andrew D. Smith cites that as the best that the “You didn’t build that” defenders can come up with? To his credit, Smith admits that

many of the technological advances that drove the First and Second Industrial Revolutions [came true] without the active involvement of the State (e.g., Watt’s steam engine).

Smith also says that technology is stagnating. Well, if TV and movie producer Irwin Allen’s Grand Missed Deadlines are all you have to look at, you might think that. (Time travel in 1968, suborbital commercial flight in 1983, and trans-galactic pioneering in 1997 are Allen’s prize examples. Nor was Allen the only one with a grandiose vision of where technology would lead, or how fast.) But users of smart phones and smart tablets (iPad, etc.) might beg to differ. So, too, might those who have high-speed Internet connections, that have left Plain Old Telephone Service behind completely when connecting to it. Government, you didn’t build that, either. In fact, the government wishes that nobody built the dizzying variety of channels where people can get their news without a de jure or de facto government filter.

The technologies we have today, make us free. Government helped, if at all, only as part of its proper function: to provide for the common defense. That is right and proper, but not necessary. Watt’s steam engine, Edison’s electric light, Morse’s telegraph, and Bell’s telephone all came to be without government help. So the right answer still is: Government, you didn’t build that, or else you didn’t have to.

You didn’t build that? Internet edition

Terry Hurlburt on the Great Stagnation « The Past Speaks

[…] Terry Hurlburt, a conservative blogger in the United States has responded to my earlier post about the “who invented the internet” controversy. Hurlburt appears to disagree with my assertion that the rate of technological advancement appears to be slowing. He wrote: […]

As usual, Obama shoots his big mouth off. But, I have to admit that he was right about 1 thing: