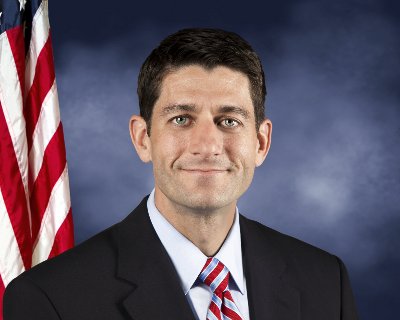 Representative Paul Ryan first introduced the Ryan budget plan in 2008. This year, the House passed a version of it. Now he has a new version on his House web page. Supporters and opponents both focused on the Ryan budget plan as soon as Mitt Romney nominated Ryan for Vice President. This should surprise no one. Paul Ryan has a plan; the putative President does not. That plan does not impose Greek-style austerity. It does promise to balance the budget in the only way one can balance it: by cutting spending. When he wrote it, Paul Ryan faced reality, both financial and political.

The Ryan budget plan in brief

Paul Ryan put his Ryan budget plan on his House page. He called it “The Path to Prosperity.” He knows how hard his fight will be. So on page 5 he put in a side-by-side table of taxes and spending that the putative President proposes, and that Ryan proposes. Ryan’s label for that table says it all: “A Conflict of Visions.”

Did Barack Obama propose anything? Congress has not passed one single budget since Barack Obama took office. The government has run on “continuing resolutions” ever since.

The Ryan budget plan will:

Ryan budget plan and the art of the possible 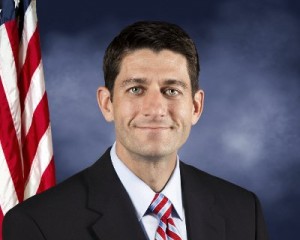 The Ryan budget plan does not do everything a movement conservative might want. For instance, it does not use the “Fair Tax” idea. Paul Ryan wrote something that could pass the current House of Representatives and maybe pass the Senate, if conservatives capture the Senate this fall. He did not write something that would throw anybody off a cliff. If anything, he wants to avoid Greek-style austerity. (He does not want riots in the streets.)

But he has come up with a plan. In nominating him, Mitt Romney signed on to that plan. Democrats often ask where the Republican plan is. Now they know. And of course they don’t like it. Ryan knew that. The Ryan budget plan is not a bedtime story. It is a hard-nosed argument for adults. Ryan treats people like adults. This fall, all voters have to do is act like adults.

Compromise – a poor excuse for lack of leadership