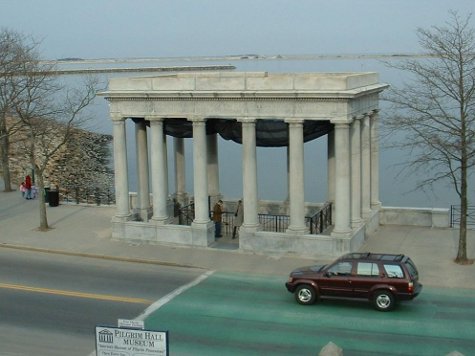 Are you a Pilgrim or a Puritan? Pilgrims and Puritans came from the same place but traveled different roads. Both roads led to the same place, though one road took many twists and turns.

The Geneva Bible and the Pilgrims

In the reign of Elizabeth I a remarkable thing happened. A group of learned Christians in Geneva, Switzerland, produced a new form of the Bible. The Gutenberg Printing Press helped them distribute this to the public. Now anyone could have his own copy of the Bible. Before, they had to rely on the clergy’s interpretations to tell them what the Good Book said.

The Geneva Bible, the first mass produced study Bible, was made available for the public and in England in 1575. (The 1599 printing had more footnotes and margin notes than any version before or since.) By 1609, the Pilgrims realized that they couldn’t reconcile the teachings of the Church of England with their interpretation of God’s Word. So they packed up and moved to Leyden, Holland. The King and his loyalists called them Separatists, since they separated themselves from their countrymen. They didn’t take the name Pilgrims until they once again packed up and moved – this time to the New World and a place called Plymouth.

At the same time in England, another group took an influence from the Geneva Bible. We call them the Puritans. The Puritans also believed that their interpretation of God’s Word did not reconcile with the teachings of the Church of England. However, they believed they should stay in England and purify the church from within – hence the name Puritans. 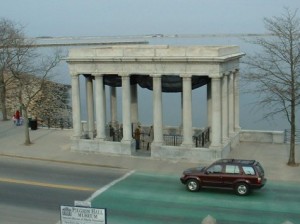 Plymouth Rock Monument, from the tercentenary of the landing of the Pilgrims. Photo: T. S. Custadio, CC BY-SA 3.0 Unported License

Today in America we have our own brand of Separatists – those who believe that the neither the Republican nor the Democratic Party can be reconciled with the first principles of our Constitution. Many of these Separatists call themselves Independents, or Unaffiliated. Others have taken a bolder course of action and have joined third parties, such as The Constitution Party, of which I am especially enamored.

We have modern Puritans, too. They believe they can purify the major parties (particularly the Republican Party) from the inside out.

But if history is any guide, the Pilgrims and the Puritans will once again end up in the same place – seeking liberty and pursuing self-government – this time through a third party. You see, the Church of England refused to be purified. They even wrote their own (Authorized or “King James”) version, without the study notes. This accustomed the people to taking their word for it yet again. So the Puritans, realizing their mistake, took ship for America. They found the Pilgrims waiting for them.

A Lesson for Today

I believe the Republican Party will likewise seek to hold on to their power base and not be “purified” and returned to first principles. I hope I am wrong –as the political road ahead would be easier to travel, but I fear that I am right and separation is a prerequisite to keep our liberty.

So, if you think that both political parties have strayed from the Constitution, you have to decide – are you a Pilgrim or a Puritan? I won’t be wearing black hats or large buckles on my shoes but I know what I am and why. And if you are a true patriot who believes in the first principles of our Constitution, I believe in the course of time you will end up standing next to me – preserving liberty and preferring self-government.