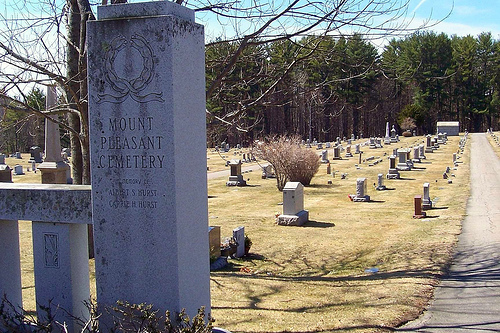 The controversy over voter fraud and voter ID laws took a new turn last week. A group of volunteers found 30,000 dead voters still on the rolls in one State. The problem: the State is North Carolina. That State became a swing State when Barack Obama carried it four years ago.

The Charlotte Observer carried the first report on the find. The Voter Integrity Project checked death certificates from 2002 to March 31, 2012 against the voter rolls. They found 30,000 matches.

Jay DeLancy, head of the Project, told the Observer the problem: 30,000 dead voters can turn into many cases of voter fraud. North Carolina, furthermore, does not have a voter-ID law. So in theory, anyone could vote in the name of one of those dead voters, and vote again under his own name. DeLancy believes that voter fraud has happened. He won’t say how much until he and his group check the records more carefully. (For example, sometimes father and son have the same name, and the son might seem to vote in his father’s name when he didn’t mean to.)

So the voter rolls in a state like North Carolina could easily have 30,000 dead voters on them. How? The State Board of Elections usually checks death certificates against its rolls. But people (especially women who marry) change their names and, of course, their addresses. If a death certificate does not match exactly, the voter stays on the rolls.

Jay DeLancy’s group turned their findings over to the Board of Elections. The Board promised to “take appropriate action.” 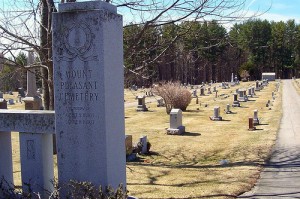 State Boards of Elections should have known about this problem since February. The Pew Center for States studied the problem then. They found that 1 in 8 voter records was incorrect. They guessed that the nation’s voter rolls might have 1.8 million dead voters on them. They also guessed that 2.8 million voters might have two or three active listings, each in a different State. And among other findings, Woods County, Ohio had 106 registered voters for every 100 people in the county—of all ages.

People mention the causes, but won’t admit the problem. The problem is that registering to vote is too easy, and no one checks the voter rolls nearly as carefully as they should. Your editor worked as a district-level “inspector” in a voting district in northern New Jersey for three years. Several family members, as they signed in to vote, complained about their dead relatives still getting sample ballots in the mail. Your editor would mark the names of the dead voters in the roll book, and turn those books in at town hall when he took the day’s voting-machine printouts then. (They still used the old Print-O-Matic lever machines in those days.) And year after year, the voter rolls held the same names of the same dead voters. Not only did the county clerk not ask any district poll worker to check the rolls. But also, even when a district poll worker volunteered information, the county clerk ignored it.

This is one way that dead voters stay on voter rolls.

North Carolina is a “swing State.” 30,000 dead voters could give the State’s electoral votes to one ticket or the other in a close race. This prospect makes Attorney General Eric Holder’s visceral dislike of voter ID laws even more difficult to explain.

And voters in North Carolina know it. One, Jefferson Garvey, said as much to a reporter from The Washington Post at the rally that Paul Ryan held in the State.

This time, [Barack Obama] won’t have 30,000 dead people voting for him. That’s why he won North Carolina.