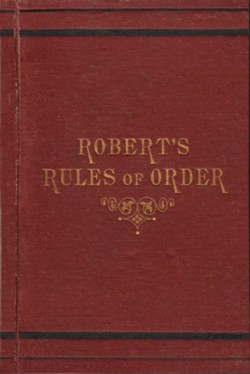 Yesterday, the Democrats turned back—somewhat—on their error of the day before. They restored some (not all) the words about God and Jerusalem that they struck during Tuesday’s session. But to do it, they totally mocked their own rules and any semblance of parliamentary law. Now only the most blind voter will believe that the Democrats are at all sincere.

On Tuesday, the Democrats approved a platform that did not mention God at all. Neither did it mention that Jerusalem is the capital of Israel. (King David captured Jerusalem, then home of the Jebusites, in the seventh full year of his reign, on or about 1048 BC. He made the city his capital. Jerusalem has been the capital of “Israel” or “Judah” or “Judea Province” ever since.)

Putative President Barack Obama saw the changed platform. He didn’t object then. But he seems to have objected later. Why? Because the public cried out in outrage. So someone prevailed on former Governor Ted Strickland (D-OH) to move to suspend the rules, and then move to amend the platform. (Strickland held the chair of the platform writing committee.) 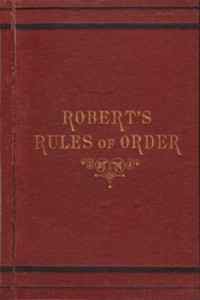 The first video below shows what happened next. Convention Chairman Antonio Villaraigosa (Vee-yah-ray-GO-sah), Democratic Mayor of Los Angeles, CA, recognized Strickland. Strickland moved to suspend the rules. Villaraigosa asked for a second, and got several. The Party’s rules say that a motion to suspend the rules is not subject to debate and needs a two-thirds vote of everyone present. (Robert’s Rules of Order has the same kind of rule.) Here Villaraigosa made his first mistake: he called for a voice vote. Any moderator must call the roll, or take some kind of vote that he or the secretary can count.

On the motion to suspend the rules, the voice vote did not matter much. Very few Democrats raised their voices to object. Then Villaraigosa let Strickland offer his amendment.

And then came the most embarrassing display in the annals of parliamentary law. The Republicans did something like this last week. The chairman deliberately mis-called a voice vote when the “noes” had it. But the Democrats did worse. Three times Villaraigosa asked for “ayes” and “noes.” Three times most delegates shouted, “No!” After the second shout, a woman (probably the Party clerk) said,

Villaraigosa did not. Instead he called for voice votes the third time. C-SPAN clearly shows one delegate, an Arab (probably from the Michigan delegation), waving his hands to emphasize his shout of “No!” Incredibly, Villaraigosa ignored the noes.

In the opinion of the chair, two-thirds have voted in the affirmative, the motion is adopted, and the platform has been amended as [you can see] on the screen.

Some reports suggested that the “ayes” had it, but not by two-thirds. But a careful listener can tell easily that the noes had it.

The worst evidence came this morning on Fox and Friends. An alert reporter took a screen cap of the TelePrompTer on the podium. It showed Villaraigosa’s remarks exactly as he made them, word for word. How could this be? Only one way: Villaraigosa followed a script, and would do anything to stay on that script no matter how the Democrats voted. That’s why he did not take a roll-call vote, or any other vote that someone could count. Because he knew that the motion to amend the platform would not only fail of the two-thirds, but would not even get fifty-percent-plus-one. So instead he took a voice vote, and construed it to follow the script. Delegates, in outrage, cried “Boo!”

Why the Democrats are Not Sincere

No one can accept the Democrats as sincere in setting their platform right. That travesty of parliamentary law is the clearest, most obvious reason. In fact, Debbie Wasserman-Schultz tried to defend what Villaraigosa did to CNN (and also how things even got to this pass). Anchor Anderson Cooper said she lived in “an alternate universe.” (And a colleague asked snarkily whether she

ever got away with [saying], “My dog ate my homework.”

But CNAV can cite two more:

The Republicans already have a TV spot showing Villaraigosa calling for three voice votes, and the noes having it every time, no matter what he said. Specifically, Rep. Allen West (R-FL) is using that footage in his Congressional race.

Dead voters: will they choose for you?

The addition of any god to a political party platform is a travesty. This is a secular nation based on secular principles, going back to the days of the founding fathers. The platform adopted by the GOP resembles something that could have been put forth in Iran.

Allowing abortion is not an extreme platform. Roe v. Wade happened already. Your side lost. That makes the Democrat Party’s platform the one that goes along with the law and the GOP platform radical.

I had hoped for a minute that the Democrats could adopt a platform that didn’t believe in bronze-aged mysticism. I guess I thought too highly of the general level of intelligence in this country.

Ours was never meant to be a secular nation. People like you have made it so.

What evidence do you have for that claim? I would argue the opposite. The Declaration of Independence does indeed mention God, but this document does not represent any laws of the United States, just a list of grievances against Britain.

The United States Constitution, which is actually the basis for our laws, does not mention God once, other than in the date at the end of the document (which was just the standard way of displaying the date back then). It states very clearly that a government’s powers and rights are derived from the people, not a higher power.

The First Ammendment mentioned that Congress shall make no law respecting establishment of a religion. In 1802 Jefferson interpreted this as meaning “wall of separation between church and State.”

The Treaty of Tripoli clearly states “the Government of the United States of America is not, in any sense, founded on the Christian religion”

“In God we trust” was not added as the nation’s motto until 1956. Eisenhower proudly proclaimed our motto to be “E pluribus unum” at the GOP convention in 1952. Teddy Roosevelt called the “In God we Trust” label on our money to be sacrilege.

So why is it ours was not meant to be a secular nation?

Jefferson did not, by that statement, mean that atheism should be the rule in matters of state.

Half of the diehards in the Democratic Party want atheism to prevail in matters of state.

The other half want Shari’a law to prevail in matters of state.

MatthewJ
Reply to  Terry A. Hurlbut

“The other half want Shari’a law to prevail in matters of state.”

“Jefferson did not, by that statement, mean that atheism should be the rule in matters of state.”

You don’t know that. But what we certainly can gather from his statement is that any religion (including Christianity) is not meant to be the rule in matters of state.

“Half of the diehards in the Democratic Party want atheism to prevail in matters of state.”

“The other half want Shari’a law to prevail in matters of state.”

Name one. Somebody who matters (as in serves in elected office). And even if someone did want Shari’a law (which, by the way, is never defined anywhere, it simply means laws based off of the teachings of the Koran), how does that differ from someone who wants laws that are based off of the Bible?

The Constitution, which is the basis for our nation’s laws, does NOT mention God or religion once. How to you reconcile that with your claim that the founding fathers wanted our nation’s laws to be based off of Christianity?

Representative Keith Ellison Mohammed, Democrat of Michigan. Only yesterday he said that conservatives are bigoted because they do not want Shari’a law to operate anywhere in the USA.

Terry, you know that isnt true.

I generally vote democratic. I believe in secular politics, not because I want “atheism to prevail” but because I really dont care about other peoples religion. Everyone does, and should, have the right to practice and preach as they want, but because there is no official church of America, I do not believe that people can, or should, make their personal beliefs public policy.

Example, I am against abortion, personally. However, I am pro choice, partially because my mothers life was saved by an abortion, but mostly because I dont think that anyone should have the right to make a medical decision for someone else.

Democrats who you think are wanting atheism to prevail in the matters of the state are, most likely, really wanting the government to adopt a policy of “Live and let live”. Dont be a [censored], dont tell others what to do, ensure that everyone has the opportunity to fulfill their potential, and help those who help themselves.

I was happy to hear that god had been removed from the platform, and am embarrassed at the way democrats re inserted it.

Exactly. You want atheism to prevail in matters of state. I find your technical evasions singularly unimpressive. Which is fancy Latin for saying that I’ve got you dead-to-rights.

Representative Ellison did not say that Republicans are bigoted for not wanting Sharia Law.

What he said was:

“I’m sad that they have decided to go into this dark, ugly place where they see the whole world as their enemy. And this is the thing: I don’t mind debating taxes and spending; we probably should. But they’re the party that is basically a bigoted party and they have now officially declared themselves against a whole segment of the American population, because if we said we were going to put a plank opposing Jewish law, or Catholic canon, it would be an outrage. This is also an outrage. But you know, it’ll pass.”

Its a fair argument. Nobody says anything specific about banning Jewish, Christian, Hindu, Buddhist, Sikh, or any other religion’s ideas as law. Its only Muslims who are singled out. Thats why he says the GOP is bigoted.

That’s because according to Muslim law, any non-Muslim is a second-class citizen at best, a slave at worst.

Usually, those who are first to accuse someone else of bigotry, are bigoted themselves.

Islam is the bigot’s religion of choice.

The Koran and the Hadiths spell it all out.

And it was in obedience to the Koran that nineteen men flew airplanes into buildings nearly eleven years ago.

[…] last week in their attempt to take God and Jerusalem out of their Platform. The Democrats later put them back in amidst much controversy. Well, Mr. Obama may have no one to blame but himself. The platform for the […]