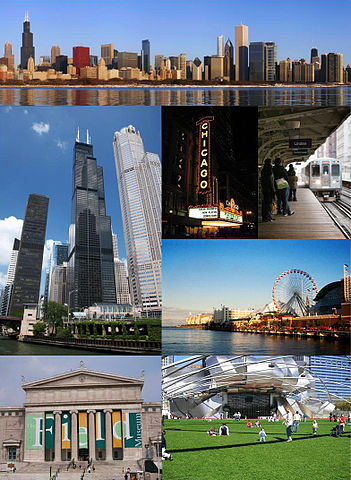 You can’t say it enough. That’s because liberals fear that the very name of the city of Al Capone, Richard J. Daley, Rahm Emanuel and Barack Obama has become shorthand for dirty politics and redistributionist economics.

Chicago Has a History of Corruption

We know this because “Hardball” host Chris Matthews, MSNBC’s thrill-a-minute leg man, has taken to the airwaves to warn his fellow liberals against the GOP’s use of the city’s name for precisely that purpose. Well, what other city has such a rich history of corruption? Where else have city officials called in Louis Farrakhan and the Nation of Islam for peacekeeping missions in high-crime neighborhoods?

In many respects, Chicago is still a wonderful town, but its policy-driven problems are becoming unmanageable. Mr. Matthews understandably wants to defuse this verbal grenade called Chicago that’s rolling around the liberal bunker with its pin pulled.

Is the Name “Chicago” Racist? 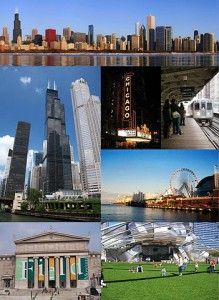 On Wednesday night in Republican National Convention coverage, as related by NewsBusters’ Rusty Weiss, Mr. Matthews joined The Washington Post‘s Eugene Robinson and New York magazine’s John Heilemann to accuse the GOP of using code whenever anything critical of President Obama or the city of Chicago is uttered.

With budget reformer Rep. Paul Ryan of Wisconsin as the Republican vice presidential candidate, fasten your seat belts for many more media discussions of welfare reform that include the false charge of GOP racism.

Mr. Robinson set the scene on “Hardball” by regurgitating a 2008 meme: The GOP’s attack on Mr. Obama’s record

is all part of this Barack Obama as ‘other’ sort of blanket campaign that has been waged by the Republican Party for some time now.

That left it to Mr. Heilemann to remove all doubt by adding,

There’s [sic] a lot of black people in Chicago.

MSNBC is the network that was caught turning off its cameras on Tuesday when minority speakers took the podium at the GOP convention and featuring instead liberal commentators who accused the GOP of being racist.

Who are the real racists?

What about politicians who keep minority populations in bondage to top-down welfare systems and chronic dependency so that they can keep getting elected?

Liberals have gotten away with this since the dawn of the Great Society, but perhaps they finally have overplayed their hand. People are starting to notice that the nation as a whole is going broke while inner cities such as Chicago’s are not getting more livable.

The state of Illinois, with a budget deficit of $44 billion — worst in the nation — and unfunded pension liabilities of $83 billion, is in a race with liberal-governed California for the worst credit rating of any state. On Tuesday, Standard & Poor’s downgraded Illinois’ bonds — unsurprising after Democratic Gov. Pat Quinn raised personal income taxes by 67 percent and the corporate tax to 9.5 percent. High taxes, incidentally, are not a magnet for job creators, so more downgrades in the near future would not be unexpected.

Like the three liberals on “Hardball,” progressives seem unable to grasp crucial distinctions between real charity and government redistribution (as Mr. Matthews would say, “helping the poor people”).

Real charity cultivates virtues such as generosity, gratitude and responsibility. The giver learns the joys of voluntary munificence while the recipient can respond with genuine thanks and aspire someday to become a giver.

At the Salvation Army, for instance, aid recipients learn not only that God loves them but that they have responsibility themselves for changing destructive behaviors. This contrasts sharply with the cold, contractual exchange of a government-issued check.

Welfare, in fact, replaces virtues with two vices: resentment from those forced by law to give, and entitlement on the part of recipients. These two vices lead to envy, class warfare, competing interest groups and the destruction of marriage and civil society.

It’s no coincidence that after decades of liberal governance, the mean streets of the city that shall not be named now teem with murders at a rate four times greater than New York City’s.

Chicago just sailed by Los Angeles, long considered the most gang-ridden city, in total gang membership with as many as 150,000 street thugs, as reported by the Christian Science Monitor. It’s a safe bet that not many of those young men bought Father’s Day cards in June.

Surveying the social and fiscal damage in Chicago, you might honestly conclude that sworn enemies of the United States could not have done a better job of sowing the seeds of internal chaos.

The next time liberals try to intimidate you with the usual epithets, you could do worse than invoking the name of the City of the Big Shoulders and asking them why they don’t have more compassion.

It also wouldn’t hurt to pray for the deliverance of the people there living under the heel of “compassionate” liberal government.

Robert Knight is a Senior Fellow for the American Civil Rights Union and a columnist for The Washington Times.
http://www.washingtontimes.com/news/2012/aug/31/chicago-does-mean-corruption/

Bill Clinton: a man you can trust?