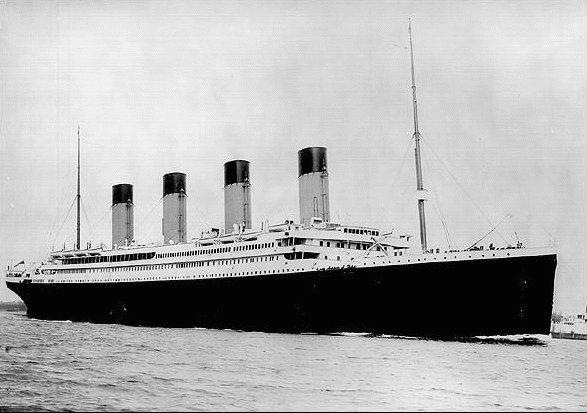 Linda Morrison, of Fulton, Iowa, seems to be the first stowaway to jump ship. Last Friday (October 5), Paul Ryan stopped in Clinton, Iowa to campaign. Mrs. Morrison asked to speak to him. She wanted specific information about what sort of economic plan he and is running mate, Mitt Romney, would ask Congress to enact if they won election. The Obama campaign “seized [on]” that and said,

Even Ryan can’t attend his own rally without [someone] call[ing him] out.

I was not calling Ryan out. I had the opportunity to ask a direct question to Paul Ryan and what I got was a complete direct answer with no spin.

Even though 600 other people were attending, I felt Mr Ryan was talking directly to me. I thanked him after the event for answering my question. I left the event feeling satisfied and confident that the Romney/Ryan plan is what our country needs.

She then asked the Obama campaign to stop “misrepresent[ing] and us[ing her] question…as a political tool.” The topper: she said she avidly supports Mitt Romney and Paul Ryan and will vote for them this fall. The Obama campaign did not ask her how she felt, much less ask her to let them speak for her. Is she changing her mind? Possibly, except for how she ended her letter-to-the-editor:

My next question is to [putative] President Barack Obama. What is your specific plan to fix the economy you said you would fix 4 years ago? 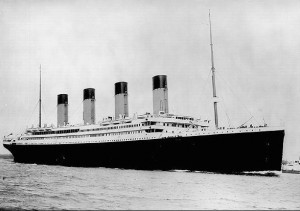 Harvey S. Rosen is the John L. Weinberg Professor of Economics and Business Policy at Princeton University. Public finance, and especially taxes, are his game. He even has White House experience—under the two Presidents Bush. In light of how the Obama campaign tried to spin his most recent paper, that last should make everyone laugh.

The day after the first Presidential debate, Dr. Rosen analyzed Mitt Romney’s tax plan. Mitt Romney said during the debate that his plan would not deprive the government of $5 trillion of its revenues, nor force the middle class to replace that amount. Barack Obama repeatedly said it would. That, of course, prompted Romney to tell him:

You are entitled, as President, to your own airplane and your own house, but not your own facts.

Rosen had the facts. He gave them to The Weekly Standard after the Tax Policy Center said (on the afternoon before the debate) that Mitt Romney’s plan would do all the things Obama would warn against. The Standard knew something was wrong when the TPC used a static model to predict revenues from a change in tax rates. (Liberals always—always—use the static model. They never assume that if you cut tax rates, those who have a lower rate might make more money and end up paying the same tax they paid before, though it wouldn’t burden them as much.) Rosen used a dynamic model, that assumes that lower tax rates help an economy grow. He said that the economy need only grow three percent faster than it would with no change in rates. Then Mitt Romney’s plan would bring in as much revenue as before. As Rosen himself explained:

Even the studies that Romney has cited to claim his plan adds up still show he would need to raise middle-class taxes. In fact, Harvard economist Martin Feldstein and Princeton economist Harvey Rosen both concede that paying for Romney’s tax cuts would require large tax increases on families making between $100,000 and $200,000.

I can’t tell exactly how the Obama campaign reached that characterization of my work. It might be that they assume that Governor Romney wants to keep the taxes from the Affordable Care Act in place, [this although] the Governor has called for its complete repeal. The main conclusion of my study is that under plausible assumptions, a proposal along the lines suggested by Governor Romney can both be revenue neutral and keep the net tax burden on taxpayers with incomes above $200,000 about the same. That is, an increase in the tax burden on lower and middle-income [people] is not required…to make the overall plan revenue neutral.

This should have surprised no one, least of all the Obama campaign. Remember: Harvey Rosen worked for the Bush Senior and Junior administrations, not the Clinton or any other Democratic administration. So while Martin Feldstein might have used that static model, Harvey Rosen did not and would not.

Third and fourth to run from Obama campaign: Big Bird and the AARP

I like PBS, I like Big Bird, and I like you, too, Jim [Lehrer, host of The News Hour with Jim Lehrer, who was moderating, or trying to]. But I won’t borrow money from China to hand PBS a subsidy.

Sesame Workshop is a nonpartisan, nonprofit organization and we do not endorse candidates or [take part] in political campaigns. We have approved no campaign ads, and as is our general practice, have requested that the [Obama campaign take that] ad…down.

In fact, PBS has always leaned left in most of its programming. The News Hour might not give much offense in this context, but Bill Moyers certainly does. And Sesame Workshop has shown leftist bias before. For them to tell the Obama campaign not to feature them in its ads should hit every political junkie like a thunder-clap.

Nor was Sesame Workshop the first former ally to slap the Obama campaign on the wrist! No less than the American Association of Retired Persons did the same after the debate. During that debate, Obama said:

I don’t think vouchers are the right way to go. And this is not only my opinion. AARP thinks that the savings that we obtained from Medicare bolster the system, lengthen the Medicare trust fund by eight years[, and don’t affect benefits at all].

Compare AARP’s rebuke of the Obama campaign with Sesame Workshop’s similar rebuke. Similar? Almost verbatim. And no one ever accused AARP of, or credited them with, being a “nonpartisan organization” before today. Au contraire.

That makes at least four prominent people within a week to tell the Obama campaign that they don’t endorse Obama. The campaign had no foundation or warrant to infer that either of the first two endorsed them. But for PBS and AARP to repudiate the Obama campaign is worse. Each of them was Barack Obama’s natural ally. But not today.

This can only mean that many people, who ought to stick with Barack Obama and the Democrats, won’t do that this time. That’s why the Obama campaign looks like a sinking ship with the stowaways jumping off.

Vice Presidential Debate – the day after