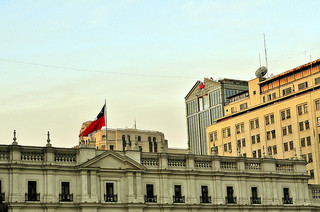 “What happened?” Everyone asked this on November 7th. The re-election of Barack Hussein Obama stunned the nation’s patriots who had worked tirelessly to unseat the would-be king. It’s my opinion that the answer to that question is that America has suffered a coup d’état, which many fail to either recognize or label correctly. If America is to survive, it’s high time we face reality and start calling a spade a “spade”. Only then can we figure out what we must do next.

What is a coup d’état?

A coup d’état typically uses the extant government’s power to assume political control of the country. In Coup d’État: A Practical Handbook, military historian Edward Luttwak states that “[a] coup consists of the infiltration of a small, but critical, segment of the state apparatus, which is then used to displace the government from its control of the remainder.’ http://en.wikipedia.org/wiki/Coup_d’%C3%A9tat (Emphasis added.) 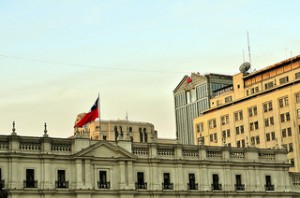 In previous articles I pointed the finger of blame at all branches of government, the media, major political parties, the education system and ineffective churches. Fighting against all these entities reminds me of an old Helen Reddy song: “You and me against the world.” And to be sure, any plan that confronts all these agents of blame would overwhelm its warriors. But for us who love liberty, it’s confront or die. And it’s face reality of be destroyed. The Bible says:

My people are destroyed for lack of knowledge. [Hosea 4:6]

I can only pray that America will soon be liberated from that condition.

How can we fight this coup?

The question I’m raising here is how do we fight a coup d’état? For the answer to that question, we should look to history. Counter-coups either succeed or fail. They also run the gamut from the violent to the peaceful. One thing they all had in common is that they had leaders who:

Unfortunately, America has been tragically slow to understand her fate. Worse –she has not yet produced men or women who both understand the tenants of civil resistance and possess leadership abilities. Resistance of any kind – civil or militant – would be suicidal without understanding and without effective leadership.

I would like to say that America learned many lessons from the last election cycle, but until I hear people calling a spade a “spade”, I doubt that a counter-coup of any kind can win. But there is always hope. As a matter of fact, a glimmer of hope passed me by today when I heard the results of a third party poll conducted by TPATH (www.TPATH.org). The unscientific poll results reported that 2302 participants consisting of Democrats, Republicans, Independents, Unaffiliated, Conservative & Constitution Party voters stated overwhelmingly that neither of the two major parties represent their views and ideology.

Is this the beginning of understanding the problem? Perhaps. Until I see swarms of Americans joining viable third parties and breathing life into them, I’ll remain a little skeptical – skeptical but hopeful. And above all – I’ll continue to pray for the America I loved and will continue to hope that God will have mercy on us.

General Petraeus and scandal – questions to ask and lessons to learn

OK, that convinces me: You’re insane. Your country had – well fine, “suffered” is appropriate given how long it dragged on for – an ELECTION. Your side lost. That doesn’t mean it was a coup d’état; it just means less people voted for you than for the “spade.” Why don’t you quit whining about it and, four years from now, try to pick a candidate that isn’t quite blatantly receiving coded thought signals from the planet Reebok? The line-up of Republican candidates would have been more at home in some banana republic than in an advanced superpower like the USA. They ranged from thoroughly peculiar (Romney) to openly insane (Bachmann and Santorum.) That’s why you lost. Accept it and move on. Find another Reagan; you know, a GOP candidate the the rest of the civilised world isn’t terrified of.

I heard the same complaint from Al Gore’s partisans after the decision in Bush v. Gore before the US Supreme Court in December of 2000.

And when you consider all the unconstitutional things he has done, his father being a British colonial subject, and the very real possibility that his partisans “decided” key Electoral College delegation choices by fraud, the phrase fits.

You’re comparing apples and oranges. The 2000 election went to the wire and there were some controversial calls. 2012 was a clean win by one side, accepted with dignity and grace by the other. Not only that, but the constitutional checks and balances worked as they were supposed to and no one party has an “elected dictatorship”.

This kind of screed, the kind of thing one expects of World Net Daily and not from informed commentators, complete with words like “spade”, are unlikely to win anyone over.

Well, maybe my colleague is past the point of winning over the kind of person who voted for Barack Hussein Obama. Especially when they’re the type to paint him as Jesus on the cross, against the backdrop of the Presidential Seal.

The quote from the article is not a definition of a coup. It just describes some typical behavior. Just because something is typical, does not itself make that behavior necessary nor sufficient to categorize something as a coup.

A coup d’état (English: /ˌkuːdeɪˈtɑː/, French: [ku deta]; plural: coups d’état; translation: strike (against the) state, literally: strike/blow of state, also known as a coup, a putsch, or an overthrow, is the sudden, illegal deposition of a government, usually by a small group of the existing state establishment … to depose the extant government and replace it with another body, civil or military.

Emphasis: “[A coup d’état] is the sudden, illegal deposition of a government”.

Given that no one in government was deposed (the same parties/persons are in control of all branches of government and military), that makes the 2012 election unequivocally, by definition, not a coup. Perhaps it was meant that the 2008 election was a coup; which still requires some illegal action be found.

Also as an aside, the results of the election were only stunning to those whom only followed just the Gallop and Rasmusion polls. Services which used poll averaging or median or intrade pegged the results extremely well from the week before.

It seems many of those making comments have missed the point of the article. I termed this a “coup” because the form of government we have in these United States has been overthrown and usurped through subtle means – not because the elections were at fault. It is why I cited the definition that clearly says: “extant government’s power to assume political control of the country. To be clear (again), the word “extant” is defined as “still in existence; not destroyed, lost, or extinct.” The Coup we have suffered has used our own government against us – including our election process. In a prior article I termed the Dems (the winning Party) as “users” and I defined what I meant that they use entitlements to get votes. By raiding our treasury and nearly bankrupting our country in the process, they maintain power. This is not sour grapes, just a realistic assessment of where we stand in history. I hope this clarifies my position, although many making comments will most likely do their best to find fault with this explanation as well.

Roseann when you refer to the 2012 election as a “coup” you only give fuel to those libs. trying to paint all dissatisfied conservatives as conspiracy theory quacks. You say “he Coup we have suffered has used our own government against us – including our election process.” If the electoral process was used, and the hearts and minds of the majority of voters (I say voters, not people, as most people in this country I’m sure are NOT in support of this administration) was swayed by promising them freebies, then for right or wrong we had an ELECTION, not a coup. If we were to label every president who’s won an election by promising an expansion of the welfare state and entitlements to a constituency that’s ready to “take” and not work, then we’d have to go back and label several past Dems. as coup leaders. That would be just be plain silly. Was the election catastrophic to the future of America, yes it was. Was it caused by an illicit take over of government? No, it was caused by apathy, ignorance, fear and greed, Is the Obama administration corrupting our form of government and making it less democratic, I think so. Has “the form of government we have in these United States [been] overthrown and usurped”? Not yet, no.

[…] year my fellow editor warnedof a coup d’état in America. In case any reader has any doubt, Barack Obama and his allies have […]

[…] year my fellow editor warnedof a coup d’état in America. In case any reader has any doubt, Barack Obama and his allies have […]

Coup d’état or playing with toys? | Conservative News and Views