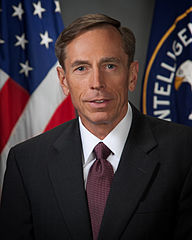 It can be hard to believe that a general who has reached the heights of his profession, like General Petraeus, could make such a fundamental error in judgment and succumb to a career-ending sexual encounter. Unfortunately, history is replete with such men who didn’t count the cost and fell to various and sundry feminine charms.

General Petraeus only the latest

Men, like King David falling for Bathsheba and Bill Clinton falling for damsels too numerous to mention, fill the pages of history with tawdry affairs. While it is also a disappointment, it is also salacious, which makes it newsworthy in our culture. Thus the large blocks of airwaves that are occupied with this affair are as much an indictment against us as against General Petraeus himself. Aside from General Petraeus’ owning up to this disgrace, nothing else quite makes sense. However, there are several interesting red flags that should be waived regarding this episode in history.

Questions about the General Petraeus affair

The red flags may not amount to much but they do lead to more questions, such as:

Given that the transparency this Administration promised actually means no transparency, we may never know the answers to these questions. However, we are still morally and patriotically bound to ask them.

And may we never forget that the General, no matter how extraordinary he may be, is still just a human being like the rest of us after all. Therefore, before anyone starts throwing stones at him, I suggest they take a look at their own life first. They may not be adulterers, thieves, or murders but I’ll bet a dollar to a doughnut that they had disobeyed their parents at least once, told a lie somewhere to someone (little white lies count), worked on the Sabbath, took the Lord’s name in vain, wanted something that belonged to someone else, or broke no less than several of God’s commandments by the time they reached two-years-old. And that, my friend, makes them or you a sinner – like it or not. What has happened to Petraeus is a downright shame – for his career and his family. But unless you were born of a virgin, I suggest you put down the stone you may be thinking about throwing at him. He should have known better, but so should the rest of us sinners and we sin anyway. Now a man who is arguably the best in his profession can join the ranks of John Kennedy, Tiger Woods, Gary Hart and Bill Clinton. We humans expect a lot of our heroes, but all too often we discover that Superman only exists in the comics and not in real life. Unfortunately, General Petraeus has proven to all of us that he is no Superman.

Coup d’état in America – calling a spade a “spade”

Never Forget Benghazi 9-11-2012
Obama allowed, watched and did nothing as four Americans were murdered in cold blood.

Regarding the question: The affair started in late 2011, His CIA nomination was in April 2011. So most of those questions 1,2, and 5 become emphatic NOs unless you think the administration had some information or insight that he would likely have an affair in the future.

Re #3 “Did they just want to remove him from a job where he performed with stellar ability?” It is a possible motive for nominating him, but I’m not sure how it relates to the affair at all. (I am assuming that the title for this section is using the word “affair” to mean the adulterous relationship, otherwise it is a confusing choice of wording given recent events and the context of the rest of the article.)

“The oddity of the Administration appointing General Petraeus to this esteemed position when Petraeus had previously been a thorn in their side.”

Having worked for General Petraeus I can safely say that he was appointed to the CIA because he was an excellent choice for the job. There may also have been political considerations, of course – it seems likely – but he was a natural choice for DCI, and I’m sorry that the demented puritanism of your culture has forced him to resign. Your country is the worse for it.

“The logical assumption that the customary investigations and polygraph tests done on General Petraeus prior to his appointment as Director of the CIA should have revealed this affair.”

US security screening is, not to put too fine a point on it, cack. The reason? Polygraphs. Your counter-intelligence agencies rely on them to a large degree when vetting people. This is a problem, because polygraphs simply don’t work. Every other country in the world knows that, except you. They are a waste of time, but you keep using them and you keep getting bitten in the bum because of it.

He probably is a natural choice for DCI, or for Chairman of the Joint Chiefs of Staff. But that is not why he got the job. Those considerations don’t mean piffle to the putative President.

“He probably is a natural choice for DCI, or for Chairman of the Joint Chiefs of Staff. But that is not why he got the job. Those considerations don’t mean piffle to the putative President.”

Actually President Obama has done much better on the military and intelligence front than his immediate predecessor did; among other things he didn’t murder 5,000 NATO troops by starting a pointless and ineptly executed war in Iraq which benefited nobody but Iran. His command appointments, with the exception of one of Petraeus’ predecessors as COMISAF who I’m not going to publically name, have been a mix of workmanlike and inspired, and he really does seem to get the concepts of “hearts and minds” (treating host populations as human beings) and “economy of force” (using MQ-9 Reapers to play Whack-A-Mole in the Pakistani tribal areas.)

Of course I wouldn’t expect you to take my word for it, so I’d recommend that you ask Mullah Dadullah Lang, Anwar Al-Awlaki and Osama bin Laden how Obama’s COIN strategy is doing. Their answers will say it all.

More broadly, this is merely what happens to those who outlive their usefulness to Obama.

“Valerie Jarrett did not want Osama bin Laden to die.”

Valerie Jarrett’s opinion didn’t seem to be all that relevant then.

It was relevant enough to postpone any anti-UBL operation twice before the one that actually ran. And her status as the Third Woman President (after Ellen Bolling Galt Wilson and Hillary Rodham Clinton) explains her acting as a totally unconfirmed, unauthorized, and irregular Ambassador Extraordinary/Plenipotentiary to Iran.

“More broadly, this is merely what happens to those who outlive their usefulness to Obama.”

Uh, no. Obama could have had a LOT more use out of General Petraeus. Unfortunately Petraeus started thinking with his little head instead of his big one, and given the Puritanical nature of your society that was never going to end well.

I was talking primarily about the dead terrorists you named, not so much about General Petraeus.

“It was relevant enough to postpone any anti-UBL operation twice before the one that actually ran.”

There were a lot more than two postponed operations, for all sorts of reasons. Not wanting him dead was never one of them.

“I was talking primarily about the dead terrorists you named”

Oh, them. None of them have any use to Obama EXCEPT dead.

Anyway Terry, I’d like to express my gratitude to you for not letting your site degenerate into a disgusting anti-Petraeus hatefest like that shaven ape has done on Conservapedia. Whatever his marital indiscretions, General Petraeus gave your country 40 years of his life and was a highly respected commander that I am honoured to have worked for; he doesn’t deserve to be called “wimpy” and “lacking in machismo” by some anonymous internet cretin.

It’s nice to see that someone can be “conservative” (in your usage, not mine) without also being a despicable human being. Thank you.

[…] General Petraeus and scandal – Conservative News and ViewsNov 15, 2012 … General Petraeus succumbed to a common human failing. The handling of his … Fergus Mason: "War will be the only concrete result, if any." » … […]