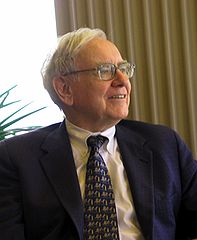 Warren Buffett published a rant of arrant nonsense three days ago in The New York Times. Worse, how he actually invests and manages his money, and companies he owns or takes over, does not agree with what he says. Thus he spouted not only nonsense but hypocritical nonsense. He acted like an actor reading a script he could never understand. And if he does understand it, then he lied.

Warren Buffett published his remarks here in The New York Times. He plumps for “a minimum tax on the wealthy.” To open, he actually suggested that investors do not walk away from chances to score big money to avoid taxes.

Suppose…an investor you admire and trust comes to you with an investment idea. “This is a good one,” he says enthusiastically. “I’m in it, and I think you should be, too.”

Would [you ever say] this? “Well, it all depends on what my tax rate will be on the gain you’re saying we’re going to make. If the taxes are too high, I would rather leave the money in my savings account, earning a quarter of 1 percent.” Only in Grover Norquist’s imagination [would you ever say such a thing].

Only in Grover Norquist’s imagination? Arrant nonsense. Your editor learned something different, and at Yale College, too. Taxes do matter, to anyone who buys or sells anything. Taxes matter to different degrees to different people. Some find taxes odious at any level. But Warren Buffett did not even cite that example. Read his remarks again:

Well, it all depends on what my tax rate will be on the gain you’re saying we’re going to make.

Of course it does. If you’re smart, you’ll count the tax as you do any other cost. No one reckons profit without counting taxes. (Or maybe only in Warren Buffett’s imagination.) Jack up taxes high enough, and maybe that one-quarter-of-one-percent return on a savings account might still leave you with more. (Franklin J. Sanders at Goldprice.org has a better idea: buy gold and silver. Now.)

But this morning, Larry Elder, the “Sage from South Central Los Angeles,” showed something interesting. Warren Buffett counts taxes, just like everybody else!

What Warren Buffett does

Elder cites several writers, including Adam J. White at The Weekly Standard and Greg Mankiw, Professor and Chairman of Economics at Harvard. White describes how Warren Buffett took over a company and forced its board to split the company. Then Buffett almost canceled the deal. He knew his tax liability would be greater than that of every other member of the board. He forced the members to pay more, so he could pay less.

Clever. And all perfectly legal. So why complain about others doing the same thing? And why fight the IRS on how much tax he and his company (Berkshire Hathaway) really owes?

What is a hypocrite?

The ancient Greeks had a word for this: hypocrisy and hypocrite. The word comes from hypo- under, and krites a judge, or krisis a trial. But the Greeks first used that word, not in law, but in drama. A hypokrites acted a part, and hid his face under a mask as he did so. This word meant two powerful things. First, the actor pretended to be someone he was not. Second, he often was the sort who wouldn’t be caught dead on stage if anyone knew who he was. Maybe he was a judge in real life who moonlighted as an actor on stage. (“Stage stars” and “movie stars” who are proud of their careers in pretending, are a modern concept.)

So a hypocrite acts out a part in a play. That is what Warren Buffett does, when he writes this kind of nonsense, and does things differently from what he says. And when he stands behind the putative President, to support that man’s oppressive tax ideas, he plays his part to the hilt. He hopes men like Adam White and Professor Mankiw won’t notice him not practicing what he preaches.

So what else does that make him? Does he really see no connection between how he avoids taxes on his gains, and the example he gave to the Times? If so, then maybe he works well in his own world of investing, but poorly in the real world of simple men and simple (that is, plain) talk.

But Warren Buffett is too smart for that. No one could make as much has he makes in the grand casino called “the stock market” and not be smart. So when he says, “only in Grover Norquist’s imagination,” he knows that’s wrong. Which means: he’s lying.

Why does he lie? What game might he really want to play? Our contributor, Dwight Kehoe, didn’t pretend to know. But modern drama sometimes drops a pearl of wisdom. Actor Cary Grant (Charade, 1963) said people tell lies

because they want something, and they’re afraid the truth won’t get it for them.

Or maybe a powerful Cabinet post. Secretary of the Treasury, maybe? Five heartbeats away from the Presidency, according to the Presidential Succession Act of 1947, as amended. And the closest thing to control of the money supply that anyone has. (Whether Barack Obama would give him that job is another guess.)

The Wall Street Journal reports that 173 companies will pay special dividends, before dividend taxes go up. Let Warren Buffett tell us again that taxes make no difference to investors. The boards at 173 companies know different.

Fiscal Cliff: What Color Is Your Hang Glider?