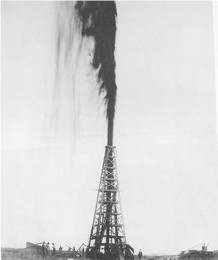 A nearly forgotten movie offers a stark lesson, and a warning, for today. Revenge of the Sith  (2005) sets a stage eerily similar to modern America. Three years of warfare make the people clamor for security. An ambitious senator exploits the crisis—which he set up.  Finally he tells the Senate, and the vast nation-state, that their country is no longer a Republic. It is an Empire, literally a command society, with the arch-planner in absolute power. And the crowd goes wild. A former Senator watches this on television (or whatever they call it). Turning to a friend, she says, “So that’s how liberty dies. With thunderous applause.”

George Lucas got some of that right, but not all. Endless warfare isn’t the only way to win the affections of a people. It isn’t foolproof, either. Endless war can make people weary and follow a leader who will end the war now, win or lose. But a bribe works far better than a scare. And a bribe will come. In a little more than two years, America will see the largest boom in energy since the Lucas No. 1 oil well, or “Spindletop.” That boom will provoke greed. And in their greed, oil field developers, refiners, and other such players will pay any fee that Barack Obama demands. With that, Obama will campaign for a third term, or even a Presidency for Life. And win. That’s how liberty dies.

How Liberty Dies, Round One: Spindletop 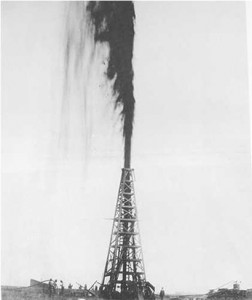 Porter Stansberry, of Stansberry and Associates, explains how this will happen. He cites the Spindletop Salt Dome to show how it happened before. In 1901, oil prospectors at the Spindletop Salt Dome found more oil than they thought anyone could find in one spot. Here they had instant wealth. What were a few permitting fees compared to what they could gain? Theodore Roosevelt understood this. He also understood how, when people think they are richer, they think they can do anything with the right kind of leader. Theodore Roosevelt vowed to be that leader. He, not Woodrow Wilson, put in place the first “progressive” laws. And the people accepted that, because they were richer than they were. If he made them poorer than they might have been, they didn’t notice. They couldn’t. No one can.

In 1930, says Stansberry, the cycle repeated itself. Franklin D. Roosevelt could never have won election, much less put through his New Deal, if enough people hadn’t gotten rich themselves and then enriched him. Those people were H. L. Hunt and his friends. They got rich from the East Texas oil field, a worthy successor to Spindletop.

That also is how liberty dies.

How liberty dies: another Spindletop

And now, says Stansberry, it will happen again. Some of it has happened already. Today the country is floating on cheap natural gas. Thank the hydraulic fracture (“fracking”) technique for that. In 2015, America will be awash in shale oil. America will have enough oil and natural gas to export. (People are already working to export liquefied natural gas, cheaply, safely and efficiently.)

Abundant energy means wealth to whoever holds it. But: those holders will have to go through Washington for permits, leases, and the like. And Barack Obama, says Stansberry, will know just what to charge, and just how hard to squeeze, to keep those people paying. (Even Barack Obama might understand that he can’t name his own fees. But those fees will still be sky-high.) And with those fees will come power. Power to hand out more “goodies,” like food stamps and other government handouts. The taxpayers won’t care, so long as they have cheap energy. And Obama will become the true American Idol. The people will love him so much that they won’t want him to go away. That’s how liberty dies.

Theodore Roosevelt ran for a third term in 1912. He lost only because Woodrow Wilson co-opted his program. Franklin D. Roosevelt had no such problem. He coasted to a third term, then a fourth. After that, Congress proposed Amendment XXII, to limit Presidents to two terms, or ten years (say if they took over in the middle of another President’s term). But Obama might do one of two things:

[Either way], Obama will never give up the amount of power he will garner in his second term. Look at his entire career. Obama has never shied away from taking power… or taking credit. Like any good Chicago politician, he knows how to use influence. He will capitalize on this energy revolution to become the most powerful president in modern history. Like other energy-backed demagogues around the world (Putin, Chavez, the Kirstners in Argentina), he will not willingly give up his power.

And the crowd will clamor for a third Obama term, or even Emperor Obama.

So this is how liberty dies. With thunderous applause.

Evidence to support this scenario

What evidence does Stansberry have? He quoted Leonardo Maugeri, former executive at the Italian oil giant, Eni. Others have quoted Maugeri, to show that “green cars” will be a passing fad. Maugeri himself says another oil glut will come. He advised people not to bet on oil getting dearer.

To be sure, all this assumes that Obama is more machine politician than environmental ideologue. After all, he killed the Keystone Pipeline to keep his environmentalist supporters happy. And he has publicly supported the “global warming” story. Who can forget him posing behind the wheel of a Chevrolet Volt?

But maybe all of that is a sham. Will he really stand in the way of the biggest energy glut in history? No. He’ll extort vast sums from oil and gas companies. Those companies will pay because they’ll make it up in sales. But what about his promises to the environmental lobby? Should they really trust him any further than a moderate can? (Which is to say, any further than they can throw him?) Obama has shown no loyalty to anyone but himself. This will be too great an opportunity to miss.

He does not even have to nationalize the oil and gas industry, as Hugo Chavez did. The license and fee system will bring in all the revenue he needs.

And the people? Again from Stansberry:

Bill O’Reilly said it, too. Many tried to skin him alive for it, but he told the truth: people want “stuff.” Today people can doubt whether Obama has “stuff” to give. After this oil boom, he can remove all doubt.

That’s how liberty dies. With a boom, and the greed that goes with it. For what is greed, but a shortsighted search for the pathway of least resistance?

George Lucas boiled over with rage at the Presidencies of Richard M. Nixon and George W. Bush. War, he thought, was how those two men held the power he wanted to break. That, he said, was how liberty dies: with a phony scare and the fear that went with it. But that’s now all of how liberty dies. Sometimes it dies with a bribe and a shakedown. It helps to have something real behind that bribe and shakedown. With the oil and gas boom, Obama will have it.


“So this is how liberty dies… with thunderous applause”. from elreystadesnudo on Vimeo.

Bob Costas makes a fool of himself