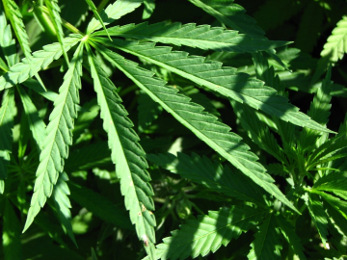 Progressive politicians always want to control what we eat, drink, or otherwise take in. So why do they want to legalize marijuana?

Years of bans on food and drink

Over these past few years what has been the main theme of the leftists concerning the American people and our health?

We hear from that knucklehead Mayor of New York City, that buying a 17 ounce soda is bad for your health, so he banned them.

The usurper’s wife continues to try to control eating fast foods while traveling all over the globe, searching, I guess, for the perfect health food. Or maybe she just likes traveling on your dime.

And smoking cigarettes? How could any self-respecting leftist politician allow the people to harm themselves using such a vile substance?

The list of dangerous things we are being protected from goes on and on and on, until we get to: 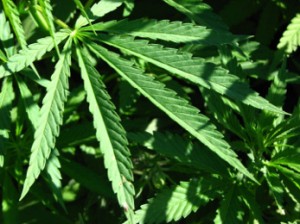 As blue States, one after the other, create more and more opportunity for legalization and increased usage of the initiative killing drug, one needs to ask, why?

And while it can be argued that all chemical compounds are not hazardous to one’s health, the list of chemicals in marijuana, including those cited above, number close to 400.

Imagine this: toxic smoke drawn into one’s lungs, hot and unfiltered, and held there under pressure, as the concoction of chemicals and smoke are forced into the blood vessels of the lungs. It’s hard not to imagine that the dangers of marijuana may outweigh drinking a Super Sized Coke.

So the question is: why?

TPATH believes it is all part of the long term plan of the progressive leftists in this country to destroy initiative and clear thought as well as self reliance. Couple this with the destruction of family values, the easy free flow of welfare, the banning of God and religion and socialist indoctrination of our children, from day care to college, is the recipe to create Democratic voters.

For example, what side effects are there for even the casual reefer smokers?

How better to create a dependable, uneducated and uninformed voter base?

Why? Because America has tried for decades to destroy drug use and has failed. “Just Say NO” failed, anti drug ads failed, and laws preventing drug use failed. Our government has failed to ever have political authority over the populace in terms of Marijuana. Illegal Marijuana traffic leads to the traffic of drugs that are actually dangerous (Marijuana, especially when vaporized or cooked into food, is not very dangerous at all. In fact, your reports are among the few to place it as more dangerous than tobacco, and no one thinks it is more dangerous than alcohol).
Legalize and tax marijuana. End illegal drugs coming into the country. Treat drug addiction like an illness rather than a crime.

Also, I am assuming you have never actually smoked because your “Side effects” are way off. Side effects differ user to user and on the type of marijuana and on the way it is consumed. The “Get high and eat a lot” stereotype is just that, a stereotype. Also, because it is not chemically addictive, while high there is no desire to score more. Thirdly, I know many people who work better under the influence because it calms them down better than prescription drugs would

You have made the libertarian case for legalizing marijuana.

But that cannot be the case that the progressive politicians are taking to heart.

In their view, when you legalize a thing, you really want to encourage people to do that thing. That’s not how a libertarian thinks. (I know; I’ve talked to several.) But it is definitely how a progressive thinks.

So the author of the article simply asks himself: why would the same people who want to ban quart-sized soda servings, “fatty foods,” and tobacco, want to legalize marijuana? Does that not strike you as inconsistent application of policy, philosophy, call it whatever you want? So naturally he thinks that maybe—just maybe—the Nice Government Men want you to use marijuana, to make you complacent.

Just saying: be careful how you use it, and don’t let complacency set in.

Terry, do you know many Pot smokers or proponents of Marijuana use? None of them blindly encourage it. No one has ever argued that you should do marijuana, and very few politicians publicly want it legalized (Gary Johnson was the highest ranked politician to advocate for it).
2). Is banning tobacco a thing? There are taxes on it, yeah. Soft Paternalism is not the same thing as banning it. Marijuana, if legal, would be heavily taxed, at least to the extent of tobacco
3) nothing stops you from buying a shit ton of soda, but again, Soft Paternalism is practiced to discourage unhealthy practices.

Drug advocates are rarely the same people who advocate for banning soda sizes. Yes, some progressives are pro drug reform, and some want to ban all soda, but just as not all TEA Party members are crazy, not all progressives share the same radical view of banning soda.

I didn’t say the “marijuana community” blindly encouraged its use. I said some people in the government might. It would work to their advantage, whether those same politicians used the stuff or not. (Gary Johnson is a special case. The politicians the original author was talking about, are members of the Democratic Party, not the Libertarian.)

my point was that few politicians, democrat or otherwise, support legalization. In colorado it was opposed by politicians and I believe passed via a voter initiative. Obama has been less stringent with drug laws but is not in favor of legalization.

Also, you literally sound crazy when you act like Democrats are inherently more evil than other politicians. Most democrats fall right of center and in reality most politicians are of the same mold, if slightly different in views.
so dont act like you conservatives are any better than us liberals. We are all represented by scumbags (with a few exceptions)

Decriminalisation versus legalisation in the humanistic state—yeah, but no, but yeah | Reassuring Quotes