Barack Obama lied about what the sequester would do to the economy. Now his underlings are not only lying but living up to the lie.

Regular readers of this space remember what the de facto President said before the sequester took effect. Today, Rick Newman at US News and World Report summed up:

In the weeks leading up to the sequester, he warned that the spending cuts, which will total about $85 billion this year, would snarl airport traffic, harm the national defense and kill hundreds of thousands of jobs. Obama has since eased up on the doomsaying, pointing out that it will take time for all this mayhem to unfold.

But Obama is now in an uncomfortable spot, because he looks as if he was exaggerating the impact of cuts that only amount to about 2.8 percent of the federal budget. Many families and businesses have had to adjust to far more severe cutbacks. So Obama, who has staked his second term on the success of an activist government, now has to keep reminding us when all this pain will [happen].

And when will it happen? “In the weeks to come.” But we already have samples of what he said would happen, but didn’t:

A conspiracy to make it painful? 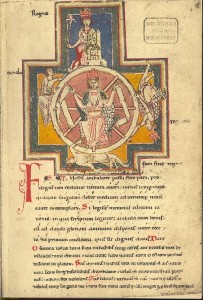 Charles Brown is a middle manager with the Animal and Plant Health Inspection Service (US Department of Agriculture).He seems a conscientious fellow. He wrote his boss to this effect: “Surely we can move some money around so we can keep inspecting meat on schedule?” Here, as Stephen Dinan at The Washington Times quoted, is how his boss wrote him back:

We have gone on record with a notification to Congress and whoever else that “APHIS would eliminate assistance to producers in 24 states in managing wildlife damage to the aquaculture industry, unless they provide funding to cover the costs.” So it is our opinion that however you manage that reduction, you need to make sure you are not contradicting what we said the impact would be.

In other words: make sure you affect our service as bad as we already said the sequester would affect it.

That, ladies and gentlemen of the jury – for you are a jury of a sort – is conspiracy to commit fraud, malfeasance, and dereliction of fiduciary duty. When you tell someone to make do with less, and he knows he can make do with less, and deliberately wrecks something to try to “prove” that he needs more, that is something worse. We have a mid-level bureaucrat trying to extort money from US taxpayers.

Representative Kristi Noem (R-SD) called SecAg Tom Vilsack on the carpet about this. Not that she can prove that Vilsack ordered that bureaucrat to reply thus to Mr. Brown. It’s just that Vilsack is the captain of the ship, and someone who reports to him did this on his watch. Here is how Vilsack answered her:

If we have flexibility, we’re going to try to use it to make sure we use sequester in the most equitable and least disruptive way. There are some circumstances, and we’ve talked a lot about the meat inspection, where we do not have that flexibility because there are so few accounts.

Balderdash! Fustian! In fact, the government has no budget. So Vilsack, and Obama above him, can do what they have to do, to make sure meat does not spoil on the hook waiting for someone to inspect it.

By itself, this evidence might be inconclusive. In theory, Charles Brown might be lying. (The Ag Department sent out a wishy-washy statement saying Mr. Brown had “misread” the e-mail he got.) Or the higher-up APHIS manager might have “gone rogue.” (If Vilsack throws Brown’s boss under the bus, he will not surprise CNAV in the least.) But add these to it:

Barack Obama has said some wild things in the last four years. This tops it. Because now everyone knows he is trying to shake the American people down. Whether that means canceling tours or letting meat spoil while waiting for the government to inspect it.

And now he’s suffering for it. At last fewer people now approve of him and of how he does his job.

In sum, he tried to paint this picture of the sequester:


Instead, he will likely find that this describes where he now sits:

Christie gets choice seat at ball

[…] ~ "Barack Obama lied about what the sequester would do to the economy. Now his underlings are not only lying but living up to the lie." ~ "Regular readers of this space remember what the de facto President said before the sequester took effect. Today, Rick Newman at US News and World Report summed up": Sequester, lies, and e-mail | Conservative News and Views […]