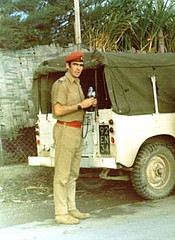 Cyprus has a long and troubled history – pawn in war for thousands of years, divided to this day between Greece and Turkey. Today, like a canary in a coal mine, Cyprus signals the total economic and social collapse that threatens all Western economies, This should surprise no one.

Cyprus and the Eurozone

In 2008, Cyprus joined the Eurozone. The euro, the unified currency of Europe, held all the promises of fiat currency (literally, “Let there be money!”). A central bank for all Europe could lend money when no one else would. Any goods that anyone bought or sold in Cyprus would cost the same as if one bought or sold them elsewhere in Europe.

But Cyprus is bankrupt. So the European Central Bank offered to lend the Cypriots money, all right. But they demanded a ten-percent tribute from every man, woman and child with a bank account. The government proposed to deduct ten percent of all demand-deposit accounts in Cyprus as a direct tax.

Outraged residents of Cyprus did what anyone would do. They rushed to draw out their savings. So the government closed the banks, first on Friday, then today. Residents cleaned out Automatic Teller Machines all over Cyprus.

The Reuters news agency gave more details; so did Liz Alderman at The New York Times. Cypriots painted their palms with the English word No and thrust their palms at the doors of Parliament in Nicosia, the capital. Of course they shouted, in Greek, Ochi! Ochi! Which means, No! No! (Why should they write No in English, and not Οχι in Greek? Maybe the rumors are true: we all deal with International Banking Elites who speak English as their preferred language. But I digress.)

Investors, depositors, and all others concerned about their money reacted swiftly. Stocks fell hard on the New York Stock Exchange on the strength of it. The euro fell just as hard against the US dollar. Gold gained in price, even against the US dollar. One need scarcely wonder where the sudden buying interest came from.

Tomorrow the government of Cyprus (actually the southern two-thirds of Cyprus; the Turks control the northern third) will vote again on whether to take ten percent of all deposits, or some larger portion of only those deposits above 100,000 euros. One need not sympathize necessarily with all the depositors. (Maybe some of them are “elitists” who didn’t get the memo.) But the government, by so acting, has broken faith with its people. Banks have always held demand deposits sacrosanct. Once the banks renege on that, they drop all pretense that those demand deposits have real value.

Cyprus is already happening here. It simply need not take such an obvious, provocative form. Instead, the government prints money. Thus all demand deposits lose value, simply because more dollars compete with the same amount of commodities.

And many in the media keep up the pretense that nothing is happening. The reigning king of the Officer Barbrady wannabes is Bob Beckel, member of “The Five.” He scornfully asks,

When you got up this morning, how did the national debt affect you? Nohow! No way!

Officer Barbrady, you will either lead, follow, or get out of the way. Cyprus is the first signal. In fact, it’s a repeat of a warning we got over 1900 years ago (Revelation 6:5-6):

Bernanke sets up a crash

[…] canary in the mine got a breath of fresh air. But the mine is still full of lethal gas. And everybody knows […]

No, I really don’t think so.