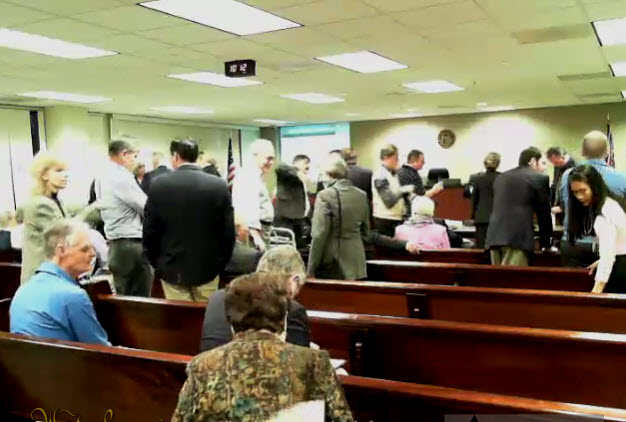 Yesterday’s posting “Obama Can Be Stopped” (reprinted here) has elicited quite a response. Hundreds of emails were in support. A few were not. It is a daunting task to try to answer individual emails, but I try to do that.

In today’s posting I have decided to print two emails from great patriots who disagreed with yesterday’s commentary. I have not included their names because they wrote to me and I always protect the privacy of those who deal with TPATH.

I am printing their letter and my response because, no doubt, there are many people who think what they think but do not have time to write. So TPATH is sharing this with them. (Sharing – such a nice liberal word)

First letter: does Obama eligibility issue distract from other battles?

I wish I had the time to refute what you’re saying, as I said before, the BC issue is a distraction, a way to drain your resources on an issue that will not be resolved in our lifetime.

Fight where you can win!

I am very surprised at your comment. You of all people should understand the dire danger our country is in as a result of the Constitution being subverted. This is not about Obama, this is not about a birth certificate. It about people and governments that will follow if we stand down on this issue. If we are too busy to hold elected officials to the law, it won’t be long before we will have much idle time to contemplate that choice.

Even if we were not capable of chewing gum and walking at the same time, which we are, protecting the Constitution, working to keep it the law of our land would be the number one battle front.

It is the Constitution, for our young 200 years, that has kept us free, kept our military from rounding us up and prevented total takeover of the people by the government.

Allowing the steady erosion of Article after Article, Amendment after Amendment, phrase after phrase, is a recipe for disaster. I do what I do because I understand history and I understand mankind. History shows us what governments unfettered by the rule of law will and can do. If anyone thinks the leftists running this country are any different form those of the past, that think will end up being, not a thought, but a nightmare.

No Sir, I will not stand by because I’m too busy trying to fill a legislative seat in Monroe Township, while the core of our freedom is being dismantled, continuously and relentlessly.

Finally, as I’m sure you know, the left is attacking American values on every front. From every direction. Morally, financially and educationally. When do you suppose they ever did, or ever will, let up on even one aspect of their destructive agenda because they need to be more focused?

Sir, while I admire you and all that you have done, on this my friend, you are wrong. There is a very thin wall that stands between the people and tyranny. Once I believed that wall to be of indestructible concrete and steel, but the reality is that wall is made of paper. The pages of our Founding Documents. The wall is coming down, one page at a time. There is no other issue that will distract me from my efforts to fortify it.

Second Letter: what doth it profit a man…?

Don’t understand why you think Levin, Hannity, Rush, et al. can say what they say and not mean it. How do they “profit” from their position if no one can accept it? Where would we be if they were not out there? Why do you believe Savage who is on the same radio network? Who else will champion the cause to impeach BO? It seems we can’t get influential big names to give our cause real traction;  not Trump, West etc.  If “birthers” including Beck, think BO is not a citizen, why would Beck say he “debunked” (proved wrong) them? PS I think you meant ”decimate” the military.

Darned spell checker snuck another one by me. Yes, of course “decimate.”

Mike Savage has never belittled or ridiculed those that believe Obama is ineligible or those who are concerned about forgeries and illegal use of SS#’s. Also, Savage was no doubt told by his last station not to talk about those issues. He ignored them and was fired. That’s called principle over profit.

And yes, he now works for ABC, as does Hannity, Levin and Limbaugh. By the way, so does Arron Klein. My best guess is they have signed agreements that have given them more leeway or, they refuse to abide by the restrictions. Someday, if we live long enough, we may find out.

I’m not sure if you intended to call Beck a birther or not. But he is not. He has been very disrespectful and vitriolic towards those that bring up forgeries, ss# and Article II.

And to your point of those thinking Obama is not a citizen. Most of us don’t know if he is or not, because he has spent millions to hide his past. But what we do know is Obama’s father was not a citizen and therefore, Obama is not a “Natural Born Citizen” as required by the above referenced Article II. That is a fact. It is also a fact that no one will talk about that, because it is the one thing that is indisputable.

Also, it is my belief, and that of many others, that Obama cannot be impeached, because he is not legally in office. He needs to be removed by the Supreme Court and every appointee, every bill he signed and every EO should be voided. Impeachment would signify that he is there legally and then performed an impeachable offense. He surely has committed impeachable offenses, but he is not there legally.

Of course, I’m not saying that will ever happen. Just that it should.

And yes, I agree that we need these guys and they are beneficial. But is asking that they be honest with us too much? What is the one thing, once broken, that can never be repaired? It is of course, one’s word.

Thanks for taking the time to give me your thoughts. You know I always appreciate your views.

We have ‘Met’ the enemy

[…] can deny we face more of the same for the next three years, unless our  Knight-In-Shining- Armor, Mike Zullo indeed leads the long awaited cavalry charge that will save our Republic.  On that we can only […]

What can I do? | Conservative News and Views

[…] this criminal is doing and fretting about how to stop him, are all to blame.  They knew Obama was not eligible under the Constitution to hold the office of the Presidency.  Instead of banding together with […]