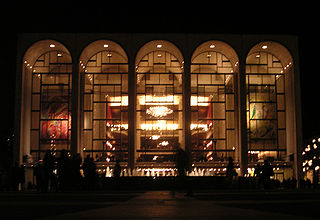 To the Staff of the Metropolitan Opera (the Met):

During World War II, a violinist dressed in military uniform went to play for the servicemen in a United States Army hospital in Italy. As he entered a ward designated for young men who had recently lost limbs, he was shocked to see that one patient was attempting to applaud with his only hand. As the musician’s face lit up with compassion and sensitivity, he raised his violin and played. His name was Jascha Heifetz, a Lithuanian-born Jewish American whose 65-year career began at age four. He made his Carnegie Hall debut at age 16, and became world renowned for the perfection to which other violinists still aspire.

Seated next to Heifetz at the hospital piano was pianist Milton Kaye. Fifty years later, Kaye recalled that memorable concert when he heard “the greatest violinist of the ages.” The following year, pianist Seymour Lipkin beheld that same magnificence when he accompanied Heifetz on another GI tour, stating that the violinist always played his best, no matter the circumstances. Heifetz had been so moved when he entertained the paraplegics, that despite his grueling schedule, he continued to add more such concerts to his tours, and Kaye remembers those days as “the greatest privilege” of his musical life. 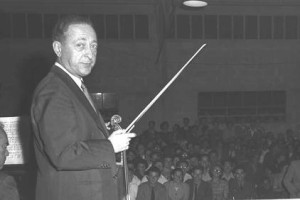 In addition to an unparalleled talent, Heifetz had what is known as neshamah, a Jewish soul – what may be described as an energy and essence of virtue and humanity, passion and compassion, and depth of empathy for others. It was even apparent to his father who saw the four-year-old prodigy cry when he played sad music. No doubt, it is the Israeli neshamah that provides quality medical attention even to their enemies, and the same that sends Israeli first responders to countries devastated by natural disasters. And it is this same quality that appears to have eluded the next generation of Heifetzes – Jascha’s great nephew, Peter Gelb, artistic director at the Metropolitan Opera (The “Met”).

The Met, terrorism, and disgrace

It was said of Gelb that he declares himself a man of the people, but that he is out of touch with the prevailing zeitgeist (culture of the time). Noted in the Berkshire Fine Arts, Gelb lacks the qualifications to organize a program and appoint or audition singers and, despite his inexpertise, captured this Met position from the ailing James Levine. But it is Gelb’s choice of opera for the 2014 fall season that is most disturbing.

The Death of Klinghoffer was cited for being anti-Semitic and pro-Islamic terrorism, and Gelb’s integrity and moral compass are in question. Instead of eliciting compassion and tears for the murder of Mr. Leon Klinghoffer, a defenseless, wheelchair-bound veteran of WW II, a fellow-American and Jew, Gelb’s opera will offer sympathy and apology for the Islamic murderers – who might just as well have thrown the Jewish-American Gelb overboard, had he vacationed aboard the ill-fated Achille Lauro.

Gelb’s collaborators were director Peter Sellars and choreographer Mark Morris for concept, John Adams’ music and Alice Goodman’s libretto. The opera was commissioned by five American and European opera companies and was first performed at the Brooklyn Academy of Music. And the Met staff decided to cast ethics to the wind and fan the flames of anti-Semitism.

Rather than show concern for the victim and his family, and the other terrified, endangered tourists who were taken hostage, although ultimately spared, the artistes extol the contrived virtues of the cold-blooded killers. They have taken a pro-Islamic, anti-American/Jewish stance in favor of an avowed enemy – Islam, whose adherents repeatedly warn that they will overtake the West and establish an Islamic caliphate on our soil. And the Met’s callous staff and cast will provide the venue for the glorification of Islam, thereby softening the eventual conquest of an acclimatized people.

Would these soulless specimens sympathize with these Muslims if the victim were also their own family member or religious compadre? Did they likewise sympathize with the Mahmoud Abbas-financed and -orchestrated Munich Massacre of 11 Israeli athletes? Or the Muslims who commandeered the planes that killed three thousand in the World Trade Center? Or the Boston Marathon jihadists who killed three and injured/crippled 264 racers? Or Major Hassan who fatally shot 13 and injured more than 30 at Fort Hood? Would the Met also consider providing sophisticated entertainment while reproducing the beheading of Jewish-American journalist, Daniel Pearl? Or blowing up a school bus of children in Chechnya or Israel? Perhaps Gelb would consider a choral group of 200 young girls for an opera about the Boko Haram kidnappings in Nigeria? What other inspiration might one select for musical adventures into the exaltation of Islam and its adherents for the pleasure of the unenlightened?

Can the Met not grasp that to glorify evil is evil? Just as we must never recreate the atrocities of the concentration camps for our amusement, so must we never recreate any acts of malevolence to minimize their impact on the human psyche. While the author(s) and producer(s) claim to find motivation for Islamic acts, they do not seek the truth; Islamic motivation is hate, envy, resentment, against Jews, Christians, Americans, Western Civilization.

Just as we must never recreate the atrocities of the concentration camps for our amusement, so we must never recreate any acts of malevolence to minimize their impact on the human psyche. No matter what the adversity or personal history behind acts of evil, never forget that the acts are evil. Although Islamic motivation is hate, embedded in the Koran, and taught to the very young and throughout their lives, the motivation is immaterial.

Criminals must be held accountable, not excused, for their behavior, and never celebrated, or every felon would be freed and anarchy would reign. For the sake of our survival as a nation and as a species, our obligation is morality.

Editor’s note: all those who share Ms. Korol’s outrage can contact the Met directly at this e-mail address.

Liberty: guard it or lose it

These organizations receive taxpayer subsidies and that should cease.