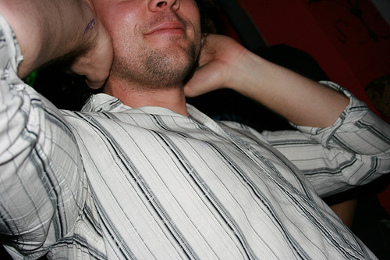 The political left in America is intolerant, immature, and impolite. Which is why much of what they say is incompetent, irrelevant and immaterial. Last night’s performance by Leo Terrell on Sean Hannity’s program is a prize example.

Sean Hannity has invited Leo Terrell on his program many times. Why Hannity has so acted, no one can speculate. Because any appearance by Leo Terrell always ends in disaster.

On April 1, 2013, Leo Terrell played the prize April fool. Hannity invited Terrell and Congress on Racial Equality (CORE) spokesman Nigel Innis to discuss the treatment of Benjamin Carson, MD. Dr. Carson first made himself famous at the National Prayer Breakfast. He took de facto President Barack Obama to task, first for the socialization of medicine, and then for his class-warfare rhetoric, especially on income taxes. (Dr. Carson proposed instead taxing all incomes at the same rate, regardless of level of income, similar to the Christian tithe.) More recently, Dr. Carson said same-sex roommates sharing bed have no more right to re-define marriage than do those wanting to “marry” animals, or adults who want to “marry” children. Dr. Carson later apologized for implying that same-sex roommates sharing bed necessarily also want to do either of these other things, or even would ally with those who do.

Leo Terrell lost no time in attacking Carson. (See also here.) “You created a monster!” he bellowed, referring either to Sean Hannity personally or to Fox News Channel, which hosts the Hannity show. (“I created him?” Hannity asked. “Ben Carson created himself.” Hannity also said he was not God, and no one should suggest he was pretending to be He.) Innis, when Hannity let him speak, called Dr. Carson a hero and found fault with liberals for tending to censor opinions with which they disagree.

Terrell could have deflected that last in any of several ways. Instead he held up a large athletic shoe. In doing that he aped Nikita Khrushchev at the UN banging a shoe on the table and saying, “We will bury you!”

He has put his Size Twelve foot in his mouth!

Hannity, almost laughing, challenged Leo Terrell to say whether he had ever said anything he was sorry for saying.

“Never!” cried Terrell. “I am a lawyer, and I say exactly what I mean to say!”

Hannity then wanted to discuss the Easter homily of Pastor Luis Leon, which ran thus, while Obama was present:

I hear all the time the expression `the good old days.’ Well, the good old days, we forget they have been good for some but they weren’t good for everybody. It drives me crazy when the captains of the religious right are always calling people back, for blacks to be back in the back of the bus, for women to be back in the kitchen, for gays to be in the closet and for immigrants to be on their side of the border.

But Leo Terrell didn’t want to talk about Luis Leon. He wanted to talk about Ben Carson again, as if he hadn’t done enough damage. Then he somehow criticized Innis for showing up on a Fox News program. Innis, in reply, said he would love to appear on MSNBC, CNN, or other channels, but could not – because those outlets tend to censor conservative opinion.

That’s when Leo Terrell pulled the earplug out of his ear. He spent the rest of the segment pantomiming that he could not hear what Hannity, Innis, or the producers wanted to tell him. 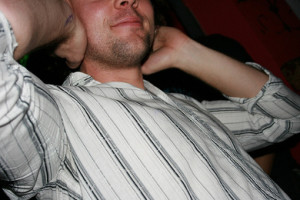 Leo Terrell has done this before. Last year, Chick-Fil-A’s CEO made headlines by citing how the Bible defines marriage. Terrell spent most of the segment trying to redefine what the Bible says. Finally he made the classic cut-throat gesture that any director makes to stop the action. He shouted, “That’s it! We’re done!” as if he were directing the segment. (Clip One, go.)

Early in December, sportscaster Bob Costas interrupted his coverage of a football game to tee off on gun control. (At issue: a player, probably under the influence of some non-steroidal anti-inflammatory agents, shot and killed his wife.) Leo Terrell defended Costas. “Some people should not have guns!” he said. Of course he gave no assurance that he thought anyone but an LEO, an active-duty soldier, or a government bodyguard, should have a gun. Erik Rush challenged him on certain facts, and Leo Terrell rudely interrupted him. (Clip Two, go. In that segment, Sean Hannity showed that Terrell is vulnerable on gun control: he is a friend of O. J. Simpson, who allegedly killed his wife and her friend with a knife.)

And in early January, Leo Terrell was on Hannity’s program to discuss the interactive map of gun owners that The Journal News (White Plains, NY) put up on their site. Toward the end of that segment, Terrell covered his ears with his hands. (Clip Three, go.)

Last night, of course, Leo Terrell refined his hands-over-ears technique: he pulled his earplug, then complained that he could not hear. (Clip Four, go. Clip Five, at bottom, gives the full context.)

Now if those on the left neither defended nor imitated Leo Terrell, he would not be worth discussing. The problem: people on the left do imitate him all the time. All dialogue, to them, is political – and all dialogue is conflict. Indeed, those who sigh the loudest about Ayn Rand allegedly butchering the writer’s craft with over-the-top villains, often talk like those same villains.

Leo Terrell practices his invective on a private television show, for a private honorarium (or whatever consideration Sean Hannity gives his guests). But he has worse, and more consequential, imitators – in the United States Senate and House of Representatives. And those imitators, aside from drawing salaries in taxpayers’ money, do far more damage.