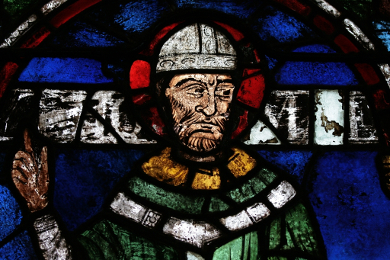 Four years ago, James Rosen, Fox News Washington Bureau chief, involved himself in a leak of classified information. Only this time the Justice Department told a court they were ready to prosecute, not Rosen’s source, but James Rosen himself. Was this a ruse to get evidence against his source? That does not matter. What matters is that the so-called Justice Department set a precedent for prosecuting a reporter for doing no more than his job under the First Amendment.

The case of James Rosen and Stephen Jim-Woo Kim

The government could have summoned James Rosen to court and told him he must show his source, because the case involved national security. (The debate on that “national security” exception still goes on today.) Instead they swore out this affidavit (embedded below).

In it (see Paragraph 5) an FBI agent accuses James Rosen with aiding and abetting unauthorized disclosure of national defense information.

No one ever told James Rosen that the FBI went to a judge, swore out that affidavit, and got a search warrant to search his e-mail. And this was not his company e-mail at Fox News. This was his personal e-mail at Gmail.com, the free-of-charge e-mail service of Google.

The government never charged James Rosen with anything. But they told a judge they might charge James Rosen, to get evidences against Stephen Jim-Woo Kim. They charged Kim with “unauthorized disclosure” in 2010. He will likely go to trial next year.

Oliver Knox at Yahoo!News has more. Today Fox News Executive VP Michael Clemente reacted in fury to the story, that he (and James Rosen) are hearing about only now.

In fact, it is downright chilling…We will unequivocally defend his right to operate as a member of what up until now has always been a free press.

Note that last: “what up until now has always been a free press.”

Why are we hearing about James Rosen?

As remarkable – and “chilling” – as the James Rosen story is, its source is even more remarkable. We hear it from The Washington Post. The Washington Post, and most of the staff of its subsidiary companies, have always apologized for liberal politicians. That goes double for de facto President Barack H. Obama. So why is The Washington Post breaking a story about the Justice Department picking on a conservative reporter? Or at least a reporter working for an outfit that liberals normally hold in the utmost contempt? (Most liberals, when they comment on social forums like Sodahead.com, commonly spell Fox as “Faux.”)

The answer: this same Justice Department did almost the same to reporters from the Associated Press.

Sandy Fitzgerald at Newsmax.com puts the AP and James Rosen stories into stark perspective: She says the seizure of two months’ worth of telephone records from the AP (including records from the AP’s phone in the Cloakroom of the House of Representatives!) is only the latest outrage.

Why is it so outrageous? The head of the AP told Bob Schieffer on Face the Nation all about that case. Ostensibly it involved a plot, hatched in Yemen, to blow up an America-bound airliner. The AP offered to cooperate, even to holding the story for a week to give American and allied agents time to roll up the terror cell behind that plot. So why did the government go after two months’ worth of phone records?

The AP chief gave a chilling answer: to protect Barack Obama’s election narrative. And to stop leaks of information during the election campaign. In short, this was about Barack H. Obama’s re-election, and not about keeping Muslims or anyone else from blowing an airliner out of the sky.

Needless to say, the AP chief is just as furious as is James Rosen’s boss. 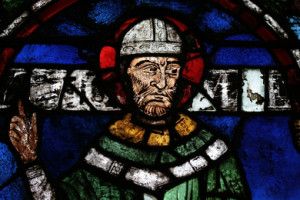 Clearly, liberal reporters, and their editors, have heard the hollow crack of broken promises from the Obama administration. As Dick Morris explains, this galvanizes them to report on other scandals that involve:

Separately, Rush Limbaugh today despaired of any effort to remove Barack Obama from office on impeachment for, and conviction of, “high crimes and misdemeanors in office.”

You are not going to see the media join any kind of movement to even cause Obama to be embarrassed to be in trouble.

Oh, no? Tell that to the Associated Press and The Washington Post, who suddenly care about what happens to someone from Fox News.

Eight hundred sixty-three years ago, another head of state blurted out in front of his court,

Will no one rid me of this troublesome priest?

Four knights (or barons, according to one version of the story) took Henry II’s question to heart. They murdered Thomas Becket, Archbishop of Canterbury, in his cathedral as he prepared for the evening service.

The James Rosen story reminds us all what the Washington press corps learned from the AP story.

We are all Thomas Becket today.