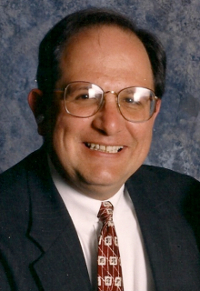 Here we are, it is day whatever in the IRS scandal. New evidence is heard daily but it has to be wrung out of the establishment like turn buckling a washcloth. The new daily evidence just uncovers even more horrifying crimes. I don’t use that word easily, horrifying. But soon maybe I will. Because ladies and gentlemen, it gets much worse. Much darker and much more sinister.

From what I surmise, they will get away with it and go skipping off into the night with their fat salaries/bonuses actually rewarding them for their criminal campaign and ongoing criminal enterprise. From what I understand, it is the responsibility of the Justice Department to indict and prosecute the IRS offenders. That is Eric Holder’s Justice Department. By a show of hands who believes Mr. (contempt of congress) Holder will conduct himself in a professional, impartial manner?

The FBI could get involved, but they are behaving like an Obama Junta whipped dog. Neither the stomach nor the inclination to do the right thing.

The media propaganda machine is in full, overt protection mode, overplaying incorrect, misleading and false contradictory messages, spewing the talking points emanating from the White House (doesn’t everything?) and downplaying the overwhelming facts and evidence of criminal behavior. Just writing this piece I encountered it. I wanted to include links for the many judgments/observations I am making so I went to Google. Typing in IRS scandals, the first 5 pieces/links were Pro-Junta spin. (Editor’s note: results from DuckDuckGo show only slightly more balance.)

Other than a few GOP congressman who are standing with honor, the GOP Establishment is looking like they will just ho-hum this unprecedented criminal behavior to the it’s-bad-but-we-can’t-do-anything-about-it back burner. News for you, fellas. If you think not kissing up and passing immigration reform will be your party’s demise, try overlooking this one. If you do not start clanging the bill on this blatant horrifying (there is that word again)criminal misuse of government apparatus and authority you are indeed dead—from the neck up.

Another item I find disturbing is DC politicians confronted with difficult circumstances, bemoaning “What can we do about it?” First, they wade into the quicksand and then start squealing get us out.

Here is just one solution:

This is just one suggestion. Feel free, GOP, to find another but you had better do something. The magnitude, scope and level of the criminality we are witnessing must be addressed sternly. If you do not and allow this horrifying criminality to just slide by not only are you relegated to slave/servant status, so is the rest of the Republic and unlike you, we are not going out with a whimper. Please do something now, because the road we are on leads to some undesirable places if you do not.

Related Topics:judiciarylibertypoliticianstaxTea Party
Up Next

Unemployment as high as ever

Then again, it turned out the IRS wasn’t just targeting rightwing groups
link to nytimes.com

What that article leaves out: the IRS might keep a little list of some of those groups. Occasionally it would tell a group it could have tax exemption but not tax deductibility.

But never once has the TIGTA turned up a liberal group that got the kind of frankly insulting questions conservative groups routinely got. More than that, every conservative group so listed, got The Full Treatment.

BUt I don’t expect ever to read that in The New York Times. Pinch Sulzberger would never consider that fit to print.