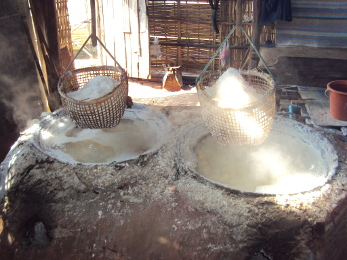 Compromise: An agreement between two men to do what both agree is wrong. – Lord Edward Cecil

The American people are inundated on a daily basis with unlawful bills being presented, passed, or signed by Obama. Meanwhile, scandals pop up all over the place around the administration…and instead of taking responsibility for his actions, Obama uses millions of tax-payer dollars to take a family vacation to Africa. The long train of abuses by the Obama administration has the American people in an outrage. And rightly so.

Wait. Here they come. Can you hear the trotting of the modern conservatives coming to the rescue to save We the People? Or so you thought …

The modern-day conservative: not a leader

Instead, here comes the modern-day conservative, through the media, to put the American people back to sleep by debating away or omitting the pith and marrow of the Constitution of the United States, only to bring forth their opinions rather than resolve through law and judgment. They argue policy rather than law – not knowing that policy follows law, not the other way around.

The reason they are not willing to directly address the important issues of the day is because they are not really any different from the left. Friends, there would not be a left if the right was doing the right thing all of the time. These conservatives are just as unprincipled and unconstitutional as those that they babble on about, if not in word then definitely through inaction.

In the end, America loses.

When America needs leadership the most through its elected government and its media watchdogs, they fail the test miserably and embarrassingly.

What a conservative should be 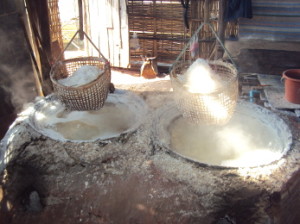 “Conservative” is defined in Webster’s 1828 dictionary as:

preservative; having power to preserve in a safe or entire state, or from loss, waste or injury.

Ye are the salt of the earth: but if the salt have lost his savour, wherewith shall it be salted? it is thenceforth good for nothing, but to be cast out, and to be trodden under foot of men.

The modern conservatives have lost their savor and have allowed the American blood-bought Constitution to be trampled under the foot of government corruption.

Without doubt, the modern conservatives are the ones God spoke of when He said they are a

stubborn and rebellious generation, whose spirit was not steadfast with God. … They kept not the covenant of God, and refused to walk in His ways (Psalm 78: 8-10).

So here we are.

Shamefully, the modern conservatives have blindly led the American people away from our foundations through their new motto, “Words, not deeds.” How contrary to George Washington’s motto, “Deeds, not words.”

And today, the modern-day conservatives continuously throw a bone to the American people, claiming that you cannot give them the truth too quickly, or it will shock them away from hearing their message. In truth, that is the voice and the message the American people have been waiting for, for five decades. Simply put, we are where we are today because of the modern conservatives’ message.

Watch this “Media Lies” excerpt from My War DVD Series: