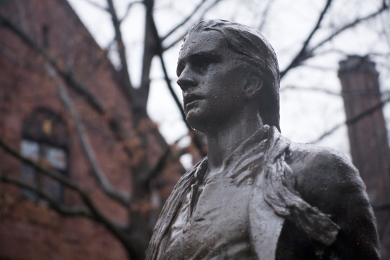 We celebrate those who die for their country. But: will you live for your country?

My only regret in dying is that I have but one poor life to lose for my country. – Capt. Nathan Hale’s last words before his execution in September 1776 after being captured by the British

Of course, this list excludes the daily scandals surfacing concerning the president of the United States.

And every one of these headlines stands in direct violation of the laws of our republic!

America is great because she is good, and if America ever ceases to be good, America will cease to be great.

What has become of America? Is it a governmental problem? Is it a state-run media problem? Or is it just simply a lack of gratitude on the behalf of the American people toward those who paid the ultimate sacrifice with their lives to ensure our God-given right to life, liberty and the pursuit of happiness?

Great men who lived and died for our country 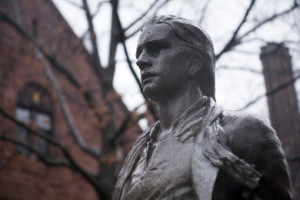 Nathan Hale, who regretted having one life to give for his country. This statue, by Bela Lyon Pratt, stands today beside Connecticut Hall, Old Campus, Yale College. Photo: Christopher de Coro

Since the inception of this country, we’ve heard about the good men whose selfless sacrifices enabled the laying down of America’s foundations in which we still walk in today. For example, the signers of the Declaration of Independence endured the following:

Succeeding generations have given the ultimate sacrifice to magnify the laws of our republic against the crimes that are tolerated in America today. The following are the number of casualties in each listed war:

Not only is it our military that swears to uphold the Constitution of the United States; politicians swear a similar oath. Here is their oath:

I, [name], do solemnly swear that I will support and defend the constitution of the united states against all enemies, both foreign and domestic … and that I will well and faithfully discharge the duties of the office upon which I am about to enter, so help me God.

You often hear from a great portion of Americans how much they love their country. They love her so much that they say they would die for her. But the question I have for you is, how many of you are willing to live for her (John 15:13)?

How true it is that those that gave us this republic were not cowards – and one thing is for sure: cowards will not preserve it!

What will be your fate America?