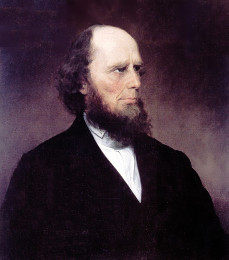 Since the Zimmerman/Martin case, racist issues have become a regular part of the news. Bill O’Reilly has repeatedly used his soapbox to scream about the disintegration of marriage in the “black” communities and “black-on-black” crimes that don’t register on the radar screen; Sharpton and his carpetbaggers scream about how Zimmerman violated Trayvon’s civil rights; Obama tells us stories about how he had been looked upon with suspicion because of the color of his skin; Rev. Manning identifies Martin as a “thug”, the Attorney General looks for ways to prosecute Zimmerman; and I’m sure I’m missing a few highlights. You get the point. Much has been discussed and much has been written.

What has gone virtually unnoticed is that much of the problems that O’Reilly has discussed and the race-baiters try to either defend or sweep under the rug are problems that exist primarily within urban districts, which doesn’t make this a racial issue but primarily an environment issue. O’Reilly would have you believe that all that needs to be done is tell woman to stop having babies out of wedlock. And I don’t have a clue as to what Sharpton suggests as a solution – if he has ever expressed any solution. Regardless, no one is addressing the real problem – the hopelessness and the victimization that exists within these enclaves.

A while back I saw an interview with a teacher in the Bronx who had seemingly done the impossible. She had simply taught her students that they could have a fresh start and not be eternally bound by their environment or circumstances. The results were almost unbelievable – these kids were thriving, graduating, and many were going on to college – quite an accomplishment in that urban district. In essence, she gave them hope.

When addressing a Tea Party group last year, I began with the parable of the Good Samaritan. To paraphrase, this Jewish man had been beaten, robbed, and left for dead on the side of the road. Leaders in the Jewish community saw him and didn’t lift a finger to help. Finally, a Samaritan, whose people were ostracized by the Jews, passed by and tended to the man and went the extra mile in getting him the help he needed. Jesus told this parable in response to the question: “Who is my neighbor?” His point was that we are all neighbors – just as the Samaritan was the neighbor of the Jewish victim.

How does this apply to missionaries in urban districts? Simple. Those in the urban districts are our neighbors, regardless of where we live. And, they are dying for a whole variety of reasons. Are we passing by, shaking our heads, and saying somebody needs to do something to help them? If that’s all we do, we’re no better than the Jewish leaders who passed the dying man on the roadside. It’s easy to criticize the Sharptons and the Jacksons of this world for not helping, but what are we doing to help?

In New Jersey, we send mucho dollars to these districts for education. That money seems to disappear and the education rate in our urban districts represent some of the most deplorable in the nation, although the highest cost. We send money there but after all, we don’t live there so it’s not really our problem. They’re not our neighbors.

The United States sends more missionaries around the world than any other country. But where are the missionaries that should be going into the urban districts? Are the souls of the people in India, or China, or in some unpronounceable African nation more valuable than those that are perishing in our own cities? Can we travel around the world but not around our own states?

You see, O’Reilly is partially right. There is a moral problem in our inner cities. There is more crime there, more out-of-wedlock births, more of everything wicked. What we don’t see are people of faith there spreading the Good News (the Gospel), that you can be born again (or have a fresh start). If marriage is an institution created by God Himself, as many Conservatives believe, than the statistics O’Reilly reports on the out-of-wedlock births can be traced back to the irrelevant churches in these areas, and by extension, in our nation as a whole. Of course there are churches there that do preach the Gospel, but they need help. They are overwhelmed.

To be frank, females in the urban districts do not need to be told to cross their legs (forgive me, I’m Italian, and that’s what Italian mothers tell their daughters), and males in the urban districts don’t need to be told to use condoms. They need to be told that there is hope, that a good education is possible, that there is a God, that He does have a moral code, and that they can have a fresh start and not be bound by their circumstances or their environment. After all, isn’t that the Gospel message: that you can be born again?

Maybe it’s high time we stop sending missionaries to China and start sending them to Detroit, and Chicago, and Philadelphia, and Camden, and the Bronx, and ___________ you fill in the rest. And maybe it’s time we stop all the talking and start loving our neighbors.