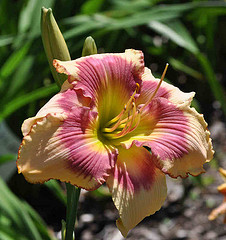 Texas is at it again. The Evolutionists are fighting to remove anything remotely connected to Intelligent Design or Creationism from the classroom by objecting to the appointment of six Creationists to review the science textbooks. What isn’t properly reported is that these six people also happen to be scientists with supporting credentials in their fields. But they also happen to be Creationists. And that scares the daylights out of the Evolutionists who fear anyone knowing that credible scientists do believe in Creationism and Intelligent Design.

They would like you to think that Evolution is true and no one with a lick of common sense thinks otherwise. It is their objective to have it believed worldwide that that science contradicts what the Bible says about origins. While the prevailing scientific stronghold is that everything evolved through natural causes, it really is just “common” atheistic dogma masquerading as truth worldwide. This dogma has prevailed because the Evolutionists have managed to censor everything that contradicts their hypothesis from the classroom. And now that the State of Texas had the good sense to appoint these qualified reviewers, the Evolutionists are rightfully afraid – afraid that their house of cards is about to topple. They know what few believers know: that Evolution will lose its stronghold if the known errors and hoaxes are taken out of the textbooks.

The argument that has been accepted in the United States is that Intelligent Design cannot be taught in the classroom because it infers there is a god, and thus violates the separation of church and state. I will leave the argument about the invalidity of the “separation clause” for another time. If that argument were valid, then it would also be a violation of the separation clause to teach Evolution in schools because it infers that there is no god. That is the main tenet of the religion of atheism. Additionally, Intelligent Design isn’t something that is taught; it is something that is observed. And whether the atheists like it or not, it is hard to discredit something that can be so easily observed.

Whether or not the existence of God can be proven is an interesting theological/philosophical/scientific question that most likely will never be answered conclusively. People come to their own conclusions based on various contributing factors and they usually dig their heels in regardless of the data presented. The irony is that there is an abundance of data that supports Creationism that isn’t getting the exposure it should because many get chills up and down their spines at the mere mention of the word “science” or “God.” Worse, many have lost the Creation debate by default. They have believed the lie that science contradicts the Bible, so they stuff the conflict instead of facing it. This is truly unfortunate because science can be one of the greatest evangelical tools at our disposal. There are a myriad of scientific statements that were made hundreds, and in some cases, millennia before they were “discovered” by modern day science.

Evidence can support either theory

Dr. Charles Jackson once pointed out that if data supports two conflicting theories, that data doesn’t prove either theory. Dr. Jackson was absolutely correct and the Big Bang Theory is one of the best examples of Jackson’s statement. In the Big Bang Theory we are often told that there is much evidence to support it. That is true. There is. However, the evidence that supports the Big Bang also supports the Creation account, such as expansion, light, and water. Moses wrote about these in Genesis and there are 17 verses in the Old Testament that also speak about God expanding or stretching out the cosmos. If people of the Book didn’t buy into the lie that the evidence points to Evolution and its supporting theories, they would be taking full advantage of these discoveries.

The real debate: existence of God

And so the irony continues: the arguments we should be using to support Biblical Creationism are being ignored and worse: perverted by atheists and used to support Evolution. Make no mistake about it, the Evolution/Creation debate isn’t a debate about science at all; it is a debate about the very existence of God and whether or not the Bible can be trusted.

For example, Evolutionists tell students that at the beginning of time there was a small speck of matter that could fit on the head of a pin. At first it was believed this was a monopole but since NASA couldn’t find evidence of monopoles, plasma physicists now believe it was some form of pure water. Then somehow something happened and that speck of matter started expanding into the universe we see today – probably using light and a sound wave. We have proof of this expansion because we can now observe it and NASA has been able to go back in time and record the actual sound wave that expanded the universe, which can be seen on their website.

Creationists should be telling students that the Bible says that at the beginning there was water, which plasma physicists currently believe as well. Then God spoke and said “let there be light.” And God spoke again and expanded the universe by His Word (sound wave) and the light He created. Today NASA has recorded the sound wave that God spoke at the beginning of the universe and it is available to see on their website. We can also observe the expansion God spoke about nearly 4000 years ago when Moses wrote Genesis, and there is also supporting scientific theory regarding God’s use of light for the expansion.

While presenting the evidence in this manner doesn’t prove the existence of God, it sure lends credibility to His Word.

Related Topics:biblecreationintelligent design
Up Next

Unconformity: a clue to creation?