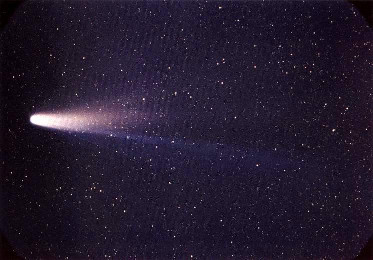 Dr. Walt Brown, nearly three months ago, announced an astronomical fix for the Global Flood. When he did that, he provoked the precise sort of debate scientists ought to have. Brown, with his customary boldness, challenged anyone who doubted him: “Check my math!” Dr. Matthew Jachimstahl, a skeptic (both of the Hydroplate Theory and of the Bible), accepted Brown’s challenge. Brown recently released the full results of that challenge.

A range of dates for the Global Flood.

Your correspondent has copies of all the correspondence between Drs. Brown and Jachimstahl. (In fact, that correspondence began early in July, after Dr. Brown revised his results earlier.) The result of that debate does not change Dr. Brown’s value for the most likely date of the Global Flood. But it does change the standard deviation of that value. The new standard deviation is 100 years. Thus the range of most likely dates for the Global Flood are the year 3290 BC, give or take 100 years.

During the Brown-Jachimstahl correspondence, Brown realized that an independence assumption buried in a standard statistical formula he was using didn’t hold for his comet data. Certain numbers were dependent upon each other. Also, the published “orbital periods”  (the time it takes a comet to complete one complete orbit) are not true orbital periods. Instead, they are the periods for osculating orbits.

But “analytical” solutions still exist to answer the question, “How far off might one be in predicting a closest approach to the sun by projecting any comet’s course backward in time?” Brown explains all his methods here.

How to back-calculate the Global Flood

As ever, Dr. Walt Brown’s Hydroplate Theory says all comets, asteroids, and meteoroids formed at the same time. They formed, furthermore, from water, rock and mud that the Global Flood event launched into space. That launch, of course, happened when “the fountains of the great deep broke open” (Genesis 7:11) in a hypersonic water jet.

Brown used two comets, from the 2008 Catalogue of Cometary Orbits, having these features:

Here, q is the perihelion distance,.i is the inclination, and N is the number of periods from the earliest recorded or simulated period, back to the eventual launch date. An AU, or “astronomical unit,” is the average distance of earth from the sun.

The simulated perihelia come from detailed studies of Comets Halley and Swift-Tuttle from the team under Dr. Donald Yeomans. He published these findings separately in the Monthly Notices of the Royal Astronomical Society.

These two studies are part of the first of four steps to arrive at the last result. Briefly, they are:

Walt Brown listed three ways to arrive at the breadth of the date range:

The geometric method is the classic one. For any N, the total error works out to:

This formula, for each of the two comets, gives the values in the “Expected error to predict launch date” column. The reciprocal of the square of the combined error is the sum of the reciprocals of the squares of the individual errors. That result is 100 years.

Brown also lists the algebraic and Monte-Carlo methods to find this error. All three methods give the same answer: 100 years.

How remarkable is this date range for the Global Flood?

This graph (from Brown’s Technical Notes) shows how remarkable the middle of the Global Flood date range is. It is a semi-log plot showing the sum-of-squares of the differences in time of the perihelia of the two comets from any given date, as a function of years before present. This plot forms several downward spikes at somewhat regular intervals. But at 3290 BC, the spike extends significantly lower than average.

Dr. Jachimstahl raised another issue: why search between 4,000 years and 6,000 years before the present? Why not go as far back as a million years? Might not similar tight convergences happen at regular intervals, perhaps 12,000 years apart?

But in proposing that, Dr. Jachimstahl ignored a fundamental fact about comets. They die. When a comet no longer displays its plumage on its approach to the sun, or displays so little of it that we on earth cannot see it anymore, we say that comet is dead. The problem: comets that come within one AU or closer to the sun, die after a hundred close passes.

The earliest known period for Comet Halley (see the table) is 69.86 years. Thus if Comet Halley was older than about 7,000 years, it would be dead today. But in its last apparition (1986), it showed its plumage as brightly as it did in 1066, when Londoners stared at it in shock and awe shortly before William the Conqueror really showed them what shock and awe felt like.

So the best place to search for a common launch date of the material that became the comets, must fall within the interval of the longest possible life of the comet with the shorter period. If that comet is “alive” today, then one cannot search back to a time before said comet was “born.”

What this means for Bible scholarship

This correspondent calculated twenty-four possible dates for the Global Flood, based on alternative theories for:

Five of the twenty-four dates for the Global Flood fall within the two-hundred-year range 3290 BC ± 100 years.

The most remote of these five dates (3343 BC) still falls well within this range, at 3290 BC plus about one-half sigma before then.

Related Topics:astronomybiblecreationevidenceIsraelscientific theory
Up Next

Sorry that I missed this when you first posted it. Can you tell me what your evidence is that a comet dies after a hundred close passes to the sun? NASA believes that Halley, for example, has made about 2300 passes and has about 2300 more left to go before it breaks up or vanishes altogether: link to adsabs.harvard.edu..103H

I think NASA is revising some of its criteria to account for Comet Halley’s continued brightness and plumage. This is of a piece with a lot of goalpost-moving that conventional astronomers have made in the last twenty or thirty years.

Well, comet Halley is about 8x8x15 kilometers in size, and on its last few orbits it has lost about 1/1000 of its mass per orbit. Projecting back in time, the percentage of mass loss per orbit would be smaller. So why should we believe that the comet has a lifespan of only 100 orbits? Comet Hale-Bopp is about 60 kilometers in diameter – how much mass would it have to lose each orbit to go extinct in just 100 orbits? Hale-Bopp also lost about 1/1000 of its mass over its last orbit.
So where is the goalpost-moving? Where is the evidence that comets go extinct after ~100 orbits?

A comet wouldn’t have to lose all its mass to die. A comet dies when you can’t see it with the naked eye.

No, it’s not extinct when it’s no longer a naked-eye object, but that’s beside the point. Nor does the comet have to lose all its mass to go extinct, as you said – just enough of its volatiles such that the dust on the surface insulates the remaining ices sufficiently that no major outgassing occurs. I think you’ll find that any reference that points to comets going extinct after ~100 orbits also assumes ~1% mass loss per orbit (the absolute mass loss per orbit falls off over time but the percentage stays about the same). If you can find a reference to comets with 0.1% mass loss/orbit going extinct that quickly, then I will stand corrected.

Anyway – do you think that there will be any more upcoming corrections to the cometary calculations?

When the team of Donald Yeomans, or some other team, back-calculates another comet to well before the Birth of Christ, Dr. Brown and I will look at it again.

Not until then? Even though the formula that he is using to calculate the standard deviation of his derived Flood date is wrong?

I don’t accept the premise.

Well, I don’t accept his premise either, so I guess we agree?

Still, he’s convinced that the closest convergence date lies halfway between the 27th Halley and 20th Swift-Tuttle perihelia, as counted back from their earliest known computer-modeled perihelia. So he should be looking for the standard deviation of the mean of two random variables X and Y (in this case, the dates of the aforementioned 27th Halley and 20th Swift-Tuttle perihelia). X and Y have known standard deviations of their own, which come from that σ√[N(N+1)(2N+1)/6] equation that Dr. Brown has already revised at least once.

Not that I agree with his conclusion that the date of closest convergence can be pinned down to the mean of those two perihelia; the real sigma for this problem can’t be calculated this way; the underlying premise is flawed; etc. etc., but at least this version of the equation is internally consistent with Dr. Brown’s Weltanschauung.

[…] 5300 years? Because the Biblical Flood Event took place that long ago. The orbits of the comets (especially Halley and Swift-Tuttle) tell us […]