Those who believe guns are the reason for the high crime rates in this country will have a hard time defending their belief system this week. Their unimaginative mantra has been “Gun control, gun control, gun control.” Those with a little more wisdom, such as a wise priest I know, once said, “I have guns. They just lay there. They don’t need laws to control them.” While the debate will most likely rage on with politicians leaning heavily on one side or the other, the data only leans one way – as the latest tragedy confirms.

How’s that gun free zone working out for you? 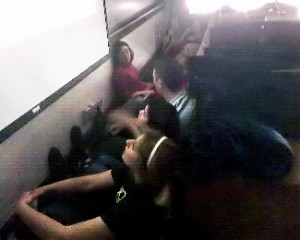 Both Ft. Hood and the Washington Naval Yard had and have strictly enforced gun free laws. Both facilities’ laws were violated by the criminal madmen who knew that these laws provided them with a shooting gallery full of sitting ducks. What stopped these bad people with guns? Good people with guns.

In Newtown, Connecticut, the shooting rampage of Adam Lanza could have been stopped sooner had the school administration held guns or at least employed an armed security guard. They did not and once again, their facility became a shooting gallery filled with sitting ducks.

On the other side of the coin, Switzerland requires every household to have a firearm. They also require everyone to take courses in gun safety. This common sense approach has assured the safety of all their citizens and Switzerland has one of the lowest crime rates in the world.

Although many such examples can be cited, it is doubtful that those who promote gun control will ever agree about the facts. Their ideology trumps common sense. Unfortunately, their victories have threatened the safety of every rational-thinking citizen in this country by negatively impacting everyone’s ability to defend themselves and their families. Every victory they win, and every gun free zone they create, is potentially another shooting gallery filled with more sitting ducks. God did a nice job when He created ducks. He doesn’t need our help in creating more.