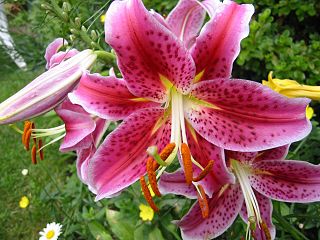 For sweetest things turn sourest by their deeds; lilies that fester smell far worse than weeds. So said William Shakespeare. He could have been talking about politics today.

When classical education dominated government-run schools in America, good literature challenged students to think about life at more than a superficial level. Since Shakespearean language was difficult and the plots and characters intense, it was properly introduced as part of the English Literature curriculum at the secondary education level. Some of Shakespeare’s most profound work can be found in his sonnets. Throughout the years, Sonnet 94, which is considered to be one of the most difficult to understand, is also one that resonates as a cruel indictment against many of our spiritual and political leaders in modern times.

Sonnet 94 begins with praises for leaders that maintain their integrity as they battle the temptations of power. The sonnet ends with disdain for those who may start well but become corrupted. Shakespeare concludes with:

For sweetest things turn sourest by their deeds; 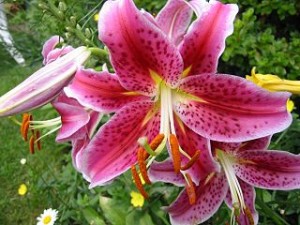 Whether it be well-intentioned and idealistic clergy members who abandon the clear messages of the Bible for the perverted and politically correct Gospel now being preached, or the politician who entered the realm of public service because he wanted to save the world but instead can only think about saving his job in the next election, the end is the same. These lilies in the garden of America have festered and smell far worse than those who were scoundrels from the beginning. They are worse because we put our trust in them and they have abused that trust. These festering lilies must be removed before they infect the rest of America’s garden.

How do we weed out America’s garden?

The remedy requires work, just as it does on the land. And while we’re at it, we should also weed out those in the garden that have been rotten from the beginning. First, it is imperative that we vet every single candidate that asks for our vote. Trevor Loudon points out in his book “Enemies Within” (page 374) that America has a serious security weakness. For nearly every level of government positions, security checks are required – but not for those who ask for our vote. We have fallen into the trap of relying on the media to do our work for us, and they have failed. Had they done their job properly, chances are that the man now occupying the White House would still be organizing inner-city communities – at least if he demonstrated a higher level of proficiency at this job than he does as President. American voters just assumed that any presidential candidate would have been properly vetted by their own political party as well as the press – again, they would be wrong. And because they would be wrong, it falls to the average concerned citizen to do this job. Caution: if we fail, America fails.

One way for the average person to research who candidates actually represent is to look up who is contributing to their campaigns. That information is recorded on the federal website: http://www.fec.gov/pindex.shtml. Those who will take on this initiative can and should educate those in the candidate’s voting district through letters to the editor, their personal databases, tea party meetings, or any sphere of influence available to them. I suggest a simple model with the title: “Who does ________ really represent?” This can be followed with a list of the candidate’s large contributors with the strong inference being that the candidate represents those who contribute to his or her campaign. It can be effective but it will take a little work – not much, but a little. Personally, I think America is worth it.

My second suggestion has to do with investigating the candidate’s past – most importantly, the organizations they have been involved in and the associations they have made. For instance, Bill Ayres and Jeremiah Wright were only two of the numerous red flags that should have been waving concerning BO. There were many, and as we have learned, birds of a feather do flock together. Once again, I refer to Trevor Loudon’s book “The Enemies Within.” In it he lists many of America’s enemies that have been voted into positions of power within our own government. These men and women should have been properly vetted and because they were not, we are experiencing a coup de tat of epic proportions. America is being destroyed within by people we thought we were electing to represent our best interests.

Finally, vetting the past relationships of America’s enemies would reveal quite a bit to those who understand the basis of liberty and value its preservation, but to those who have gone through the indoctrination that parades itself as our government-run school system, it would make little impact. As a matter of fact, the perverted history they have been taught may actually make these festering lilies look attractive. Our students simply do not understand what they are about to lose. After all, who doesn’t want world peace, or the poor to be fed and have healthcare? Therefore, it is incumbent upon us to reclaim our system of education and educate our youth properly. Many of our schools have become little more than the re-invention and re-packaging of Hitler’s Youth Camps – complete with government indoctrination and propaganda that is hostile to the very concepts of liberty and self-governance embraced in our own Constitution. The Regressives, whom we have elected as public servants, adhere to Hitler’s philosophy that “He who controls the youth, controls the future.”If we are to survive this insidious coup, we must change this – and we must change it quickly.

As our government-run school turns out globalists and Marxists instead of patriotic Americans, the end of the land of the free and the home of the brave may only be one election cycle away from extinction. The future of America depends on turning our students and our low-information and misinformed voters into concerned and astute voters. There is a practical way to do this, which I will be presenting in a future article once the plan is ready to be unveiled. To be poetical, we must re-plant our garden with good and healthy stock, but before we do that, we need to weed, weed, weed!

Socialism and what’s wrong with it

Nazi by any other name