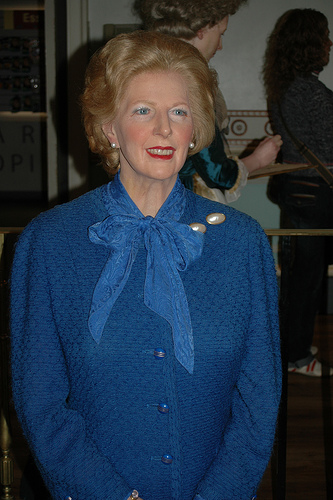 The collapse of Obamacare has begun. None could have predicted it would collapse so soon. Yet collapse it is. Why is it collapsing? Because it is a form of socialism. And socialism always collapses. Many people in America today do one of two things: deny that fact, or lament it. They should do neither. The only lamentable fact about the collapse of socialism is that socialism ever existed.

a way of organizing a society in which major industries are owned and controlled by the government rather than by individual people and companies.

The problem: Merriam-Webster defines socialism imprecisely. What makes an industry major or minor? Who decides that? In fact, no one has.

Another problem: Merriam-Webster defines socialism incompletely. The reason: they ignore the roots of the word.

Socialism comes from the Latin socius. Which means: “pal.” The notion behind socialism is: no one should have to rely only one oneself. We’re all pals. We’re all in this together. Pals look out for each other. So socialism also includes any system of forced charity from some for the unearned, unpaid benefit of others.

One cannot in fact define socialism without referring to communism and capitalism:

Why does socialism collapse? 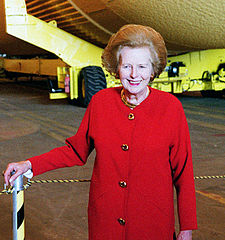 Socialism collapses for the reason Margaret Thatcher gave to Llew Gardner of Thames TV in 1976:

Socialist governments traditionally do make a financial mess. They always run out of other people’s money.

Why “other people’s”? Because socialism always asks “the other guy” to pay for something. It never asks those who get the benefit to pay for it.

Margaret Thatcher inherited more than a society in which the government ran the railroads, owned “flats” (as they call them in Britain), and ran the hospitals. She also inherited a dole that removed any incentive by anyone to improve his lot.

And what of those who did have to pay for all this? They did the only sensible thing: they left. Economists express this in two ways. To be technical, they call it “human capital flight.” To be pithy, as Bill O’Reilly might appreciate, they call it “brain drain.”

That’s why socialist governments run out of other people’s money. Because the other guy always takes his money and runs while he still has any money left.

Those who want socialism always complain about such people. “Spoilsports!” they cry. “They take their marbles and go home!” But of course. Who, losing the game many times over, wouldn’t quit the game?

Eventually the last moocher has no one to mooch from. And so he starves. Because no one dared correct his behavior or his attitude. Socialism caters to it. And that’s why socialism must always collapse, sooner or later.

Why should socialism collapse?

But what, say some, is wrong with socialism?

A commenter on another site, where I also published an earlier article, complained thus:

Slave? Yes. For a slave is any person who, against his will, must give his labor, or any part of it, for the benefit of another, because someone forced him to.

Yes, indeed. We must destroy socialism if we are to be free. For socialism is a form of theft.

When socialism becomes “critically important,” some must also be slaves to others. Who decides that?

And the only new, more effective way to address the problem or issue at hand, is to let human beings deliver goods or services by voluntary consent.

Civilization began with socialism and its extreme form, communism. Will Durant (The Story of Civilization: Our Oriental Heritage) put it this way:

Communism, though it could help men cope with poverty, could never get men out of that poverty.

Will Durant recognized: as Jesus says, we always have the poor with us. But we have fewer of them under capitalism than under socialism. Capitalism is a recent invention, that necessarily came with liberty. Who knew that men could deliver goods and services without a government administrator to order them about? Adam Smith knew.

And those who want to be free, are obsessed (and compelled, a related condition) to live free and stay free. If that means destroying that which enslaves them, so be it.

Because socialism cannot accommodate the most basic right of any rational being: to exist. One having a right to exist, is not obliged to help others as a condition of existing. That one thing, no socialist will understand.

“Margaret Thatcher inherited more than a society in which the government ran the railroads, owned “flats” (as they call them in Britain), and ran the hospitals.”

You know that Baroness Thatcher massively increased spending on the National Health Service, right? She didn’t regard proper health care as socialism. Outside a small sector of the American Right nobody else does either.

She compromised. I’m not sure I would have, but she did.

“Socialism is any way of organizing a society, between communism and capitalism.”

Some people like to define socialism very narrowly. As I illustrated. But I do not.

Yes. That’s because it has a narrow definition. It doesn’t mean “anything I don’t like.”

Erm no. She wasn’t actually well known for compromising. She just invested in the health service. All governments do that.

All the governments you know, do that. That doesn’t make that investment sound.

“All the governments you know, do that. That doesn’t make that investment sound.”

If your aim is to invest in health insurance companies then no, it doesn’t. Most of the civilised world sees health care spending as a way to improve health outcomes though – an area in which the USA lags badly behind – and not as a way to transfer cash to greedy insurers, overcharging drug companies and overpaid doctors.

You could as easily say that if one’s aim is to invest in automobile manufacturers, then the founding, by Adolf Hitler, of what would become Volkswagenwerk Aktiengesselschaft as a government enterprise was a similarly unsound move.

“You could as easily say that if one’s aim is to invest in automobile manufacturers, then the founding, by Adolf Hitler, of what would become Volkswagenwerk Aktiengesselschaft as a government enterprise was a similarly unsound move.”

“The reasons are twofold”

“decades of government interference in the market”

Er no. The first reason is the interference of insurance and pharma companies in the market. The second is profiteering by those same companies. Every other country has more government interference and much lower prices. Of course it’s possible that every US government since 1945 is just doing it wrong, but your health insurance companies are complete scumsuckers; they seem more likely culprits.

“the American diet and lifestyle”

That’s a fair comment. Most US food is truly terrible. Bland, over-processed and delivered in whale-sized dollops.

I don’t seek to do any special favors for any particular companies. But I don’t seek to disband them, either. Which is what Barack Obama seeks to do. That’s the equivalent of a summary execution without a trial.

Anyway, this is going to be a moot point.

One hundred million households will lose insurance. And that will happen in the month before the mid-term elections.

That might be enough for America to wake up with a bicameral conservative-controlled Congress.

As I understand it (which is quite well – I asked my girlfriend for a detailed explanation) the only policies that are being cancelled by Obamacare itself are “junk” ones – policies that cost money and meet the bare minimum requirements to be called an insurance policy, but don’t actually provide adequate cover. I suspect that any companies who’re cancelling their employee schemes will turn out to have been offering that sort of non-cover, too. In Germany there is a minimum standard of cover that any policy has to offer. I don’t mind; it means I’ll never get charged more than €280 for a hospital stay no matter how long it is.

That is a matter of opinion. Those who are losing their coverage, you should know, feel otherwise, and are saying so. Loudly. Incessantly. Dare you call them deluded?

“That is a matter of opinion.”

“Worthwhile” is a normative term and therefore a term of opinion.

Precisely because you are accustomed, and approvingly, too, to such Draconian regulation of what is legally worthwhile and not worthwhile, you and I can never agree on the proper role or scope of government.

“Draconian regulation of what is legally worthwhile and not worthwhile”

The law says that if somebody takes my money in exchange for a health insurance policy they pay the bills when I get sick. I don’t actually think that’s draconian. I think it’s common sense.

Not unless it’s done by voluntary consent on both sides. When the government does it, that’s not the case. Government = force. That’s why the only three approriate government services are the police, the military, and the courts.

And in this case, the government forces some to overpay so that it can curry the voting favor of others who underpay.

Er no. In the US system you ALL overpay. Not only do you have the most expensive health insurance in the developed world; you pay more per capita for public health care than anyone else does, too. You pay more for Medicare and Medicaid (which you can’t use) than you would pay for the NHS if you lived in the UK. As for me I don’t pay anything at all for public health care. The US health care system is fundamentally broken, and it’s greedy insurers and drug companies who’ve broken it. Obamacare is a long way from perfect, but it really can’t be worse than what you have now.

I hear you Terry, and agree.