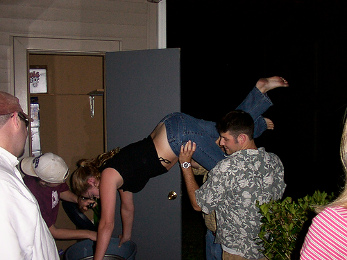 Barack Obama and his apologists once pretended responsibility. Young people should do the responsible thing and sign up for these policies. Even if they pay for things these young people would never use. Now they’ve changed their tune. The latest Obamacare ads openly tell young people to do foolish things. As long as “they have insurance,” they can do all sorts of silly things without fear.

Last week, SecHHS Kathleen Sebelius sat at the green table before the Senate Finance Committee. A ranking Democratic Senator then insulted critics of Obamacare. Those critics protest the idea of paying for services one would never use. This Senator even knew what they were: maternity care for a man, child care for a couple past the parenting years, and so on.

In answer, he suggested one might as well not pay property taxes to support local schools. “This is not our value system,” he said in scorn.

That line was bad enough. One could argue that good schools enhance property values, and so give back value for the taxes that support them. But this Senator seemed to suggest Americans should always expect to pay for goods that other people get, and they don’t. That was never the American ideal. At least, not before the Progressives began their rise in American politics, starting with Woodrow Wilson.

Still: even that was an honest, if brazen, argument.

The latest Obamacare ads are not honest arguments. They appeal, not to responsibility, but to irresponsibility.

The Obamacare ads in detail 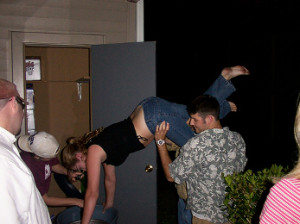 Brent Parrish describes the latest Obamacare ads in detail. They each have an interesting caption. This caption asks, “got insurance,” like the “got milk?” campaign of the American Dairy Association (the people behind The Real Seal).

One shows several college fraternity brothers (“Brosurance”) posing with a beer keg. Aside from the free flow of alcohol, one of the “brothers” might fall and break several bones. The message: get insurance, and you don’t have to worry about accident injuries.

The other is worse. A young woman, carrying her “calendar box” of birth control pills, poses next to a classic “bad boy.” The message, headed “Let’s get physical” (Olivia Newton-John, call your lawyers! Plagiarism!), reads in part:

…He’s hot! Let’s hope he’s as easy to get as this birth control. My health insurance covers the pill. [So] all I have to worry about is getting him between the covers.

A small footnote offers one other piece of advice:

The pill doesn’t protect you against STD’s. Condoms and common sense do that.

As the link above (and this from Michelle Malkin) show, these Obamacare ads are real. Someone actually produced them. Behold! Obamacare stoops to self-parody.

No private insurance company ever sells insurance by saying you can do something stupid, and your insurance covers you. In the first place, that wouldn’t be true. Any insurer denies coverage for contributory negligence. That fancy legal-ese means: if you bring it on yourself, we won’t cover you. We expect you to run your life like a responsible human being. And in the second place, any person who took the advice that such an ad gives, would have grounds to sue the insurance company, and that company’s ad agency, for giving such bad advice.

Classic insurance ads stressed risks you run through no fault of your own.

Like the woman seated at a table with the coconut about to konk her in the head. When her worried dinner companion asks a question, she answers,

My insurance company? New England Life, of course. Why?

Or does anyone remember the Rube Goldberg accident sequence from Continental Insurance? It began with a child tripping on a roller skate, and ended with a runaway piano crashing through the house wall. A voice-over narrator describes in detail how event follows event. He then calmly says Continental Insurance will help when the things you never think will happen to you, happen anyway.

But neither company ever said they would help someone who made these things happen.

These Obamacare ads do say that. You have insurance, so go ahead. Act foolishly. Stand on a keg. Play musical beds. Obamacare covers you!

Obama, Democrats knew they were lying