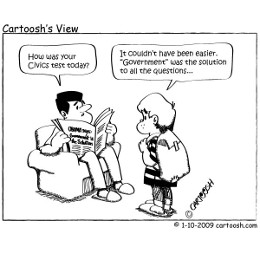 Late Thursday evening, Kathleen Sebelius, Secretary of Health and Human Services, did what no one expected. The editors of The Wall Street Journal put it into perspective Friday afternoon. Six Democratic Senators ran weeping to Sebelius, asking her to do something to save their electoral skins. HHS always said they would exempt from the “minimum coverage mandate” anyone who

experienced financial or domestic circumstances, including an unexpected natural or human-caused event, such that he or she had a significant, unexpected increase in essential expenses that prevented him or her from obtaining coverage under a qualified health plan.

On Thursday evening HHS ruled. The Obamacare law itself caused just such “unexpected [extra] expense.” So now anyone who lost his health insurance this quarter, no longer has to replace it. The IRS was never able to fine anyone who balanced their tax withholdings to the last penny. Now the IRS may not even try.

Without that mandate, not enough young, healthy people will buy health insurance. The insurance companies know it. Obama knows it, too, though he doesn’t want to admit it.

Obama did admit one thing in his press conference yesterday:

Since I’m in charge, obviously we screwed it up.

That’s putting it mildly. Obama has lost the trust of the people. That’s how bad a screw-up Obamacare now is.

A little boy tells his father that his civics test was very easy. By Cartoosh. Released under CC BY-SA 3.0 Unported License.

Will Obama push for a single-payer plan?

If ever he had an opportunity to make that push, now’s the time. In his inimitable style, he simply blames the insurance companies. The collectivist morality demands that a producer work at a loss if “wholesome and necessary for the public good.” (With apologies to President Jefferson.) The insurers won’t do that. So all Obama need do is nationalize this part of the insurance industry and take the whole thing over. CNAV is sure Rep. Maxine Waters (D-Calif.) is wondering why he does not do precisely that.

She boasted and threatened that about oil companies. Surely she would support the same for insurance companies. Right?

No matter. The White House denies any such push. Which means they’re chicken.

Dick Morris once worked for the Clintons. Yesterday he pronounced Obamacare dead. The key: once Obama exempted those who lost individual policies, he must exempt those who will lose group policies next year. Today he and his handlers insist the change “only affects” half a million people. Soon it will “only” affect more, and then more, and then more.

But what about those who couldn’t get health insurance before? Seventy-seven percent of those look at Obamacare and say, “Thanks, but no thanks.”

Before today, the danger of any new entitlement program is that it delivers the goods so well to so many, repeal would be political suicide. We now see a new entitlement that cannot and will not deliver the goods. Given how smart Obama said he was, no one ever expected this. And that could be why Obama and Obamacare will never recover.