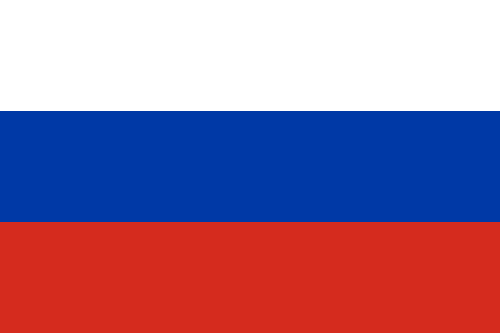 Before you read another word, you must know that as a Canadian, it is easy for me to be proud of our Prime Minister Stephen Harper, who didn’t just flap his gums at Putin the way Obama is doing.

At the very outset of the Russian invasion of Ukraine, Prime Minister Harper sent our Minister for Foreign Affairs (John Baird) to Kiev, and then withdrew Canada’s Ambassador from Moscow, with very serious comments of REAL consequences to Putin and a REAL PLEDGE to stand with Ukraine. 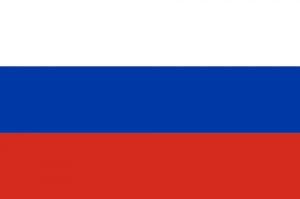 What’s happening in Ukraine is serious stuff, perhaps more serious than anything other that has happened during my sixty-four years, including the Cuban Missile Crisis.

The entire world should be terrified by what’s happening in Crimea at the hands of Putin and his Russian THUGS, because, it shows just how ineffectual Obama’s America has become.

I don’t care which country is aligned to America, they all have to be panicked in the knowledge that if push should ever come to shove for them, Obama’s America will not be there to stand with them in their hour of need.

Which brings me to Obama’s MANTRA of an enduring PLEDGE of protection to Israel.

AT LEAST OBAMA HAS ISRAEL TO PUSH AROUND:

Imagine this . . . here’s Obama through Kerry, THREATENING Israel, that if Israel does not surrender its land and security to Palestinian Arab THUGS, whose only goal is to destroy Israel and drive all the Jews out, and the threat of extinction (“wipe Israel off the map”) at the hands of Iran and more than 300 MILLION Moslem Arab Neighbors, Israel will be BOYCOTTED by Europe.

Is that the kind of threat one would expect from a “friend”?

Here’s Obama ordering Israel to stop building apartments in Israel’s Capital Jerusalem, and other areas that are NOT occupied according to UN Resolution 242, which states that they are in DISPUTE . . . OR ELSE!

As far as I’m concerned, all of Israel from the Jordan River to the Mediterranean; from the Red Sea to the Golan Heights and Lebanon is Israel. And the so-called Palestinians are nothing more than Arab USURPERS.

ISRAEL SHOULD BE OCCUPIED BY AMERICAN AND/OR NATO TROOPS:

This comes from the lips of the Communist APPROBATIONIST . . . American Ambassador to the UN Samantha Power, who has in the past suggested that Israel should be occupied, even by FORCE with American and/or NATO troops, to protect the Palestinian Arabs from Israel.

BUT, WHERE DO THESE VERY BAD AMERICAN ACTORS STAND ON UKRAINIAN SOVEREIGNTY AND THEIR RIGHT TO PROTECTION?

1 – Obama has literally said NOTHING to Putin other than there would be costs if Russia invaded Ukraine. HERE’S A NEWSFLASH FOR OBAMA . . . While these ridiculous words were coming from Obama’s mouth, the Russian invasion of Ukraine was already well underway.

And there’s no question whatsoever, that there will be costs to Russia, since it’s very expensive to invade another nation. Just the fuel, accommodations and military meals will cost Russia a ton of money. Because those are the only costs Russia will pay.

Has anyone heard Obama refer to his REDLINE yet? It really worked on Syria didn’t it?

2 – Where’s the threat from Secretary Kerry, just as he leveled threats against Israel for building some apartments in what the Israelis believe to be their own land according to UN Resolution 242, to the Russians . . . who are now occupying HALF of an important and RECOGNIZED SOVEREIGN country?

Israeli Prime Minister Benjamin Netanyahu will be in America during the week of March 3, 2014. He is slated to have a meeting with Obama at the White House, and then travel from the East Coast to the West Coast of America to give speeches.

SEEING HOW OBAMA ABANDONED UKRAINE – HOW SHOULD ISRAEL FEEL?

Seeing for his own eyes how Obama has totally abandoned Ukraine’s RIGHT to peace and harmony, and NOT to be invaded by another sovereign force, not that Netanyahu didn’t already know who and what Obama was; what do you think is going through the mind of the man entrusted with the LIFE of Israel?

After this episode with Putin and Ukraine, even Israeli LEFTISTS and LEFTIST American Jews “should” realize that Obama is NOT A PERSON Jews can trust with the future of Israel. Because, this DISASTER is absolute incontrovertible PROOF that there is NO American PRESIDENT IN THIS WHITE HOUSE who will stand up to Iran and keep them from getting the BOMB.

THAT SAID . . . I still don’t believe most LEFTIST American Jews are smart enough to put two and two together to come up with FOUR, when it’s about seeing Obama for who and what he REALLY is, and NOT treating those “UPPITY” Israeli Jews like LEPERS.

As Obama said after the 2008 election . . . “Elections have consequences.”

There’s no leader in the White House to save Ukraine. AND OBAMA IS PUTIN’S BITCH.

“What’s happening in Ukraine is serious stuff, perhaps more serious than anything other that has happened during my sixty-four years, including the Cuban Missile Crisis.”

Not really. It’s a regional matter unless someone chooses to blow it up, which I don’t think anyone will. Basically this and the 2008 Georgia affair are Russian reactions to the west recognising the breakaway state of Kosovo, which Russia strongly opposed. The situation in both Georgia and Ukraine is very similar – a group who’re a minority at national level, but a majority in one region, demand independence and get it delivered by powerful allies. Putin is doing this to send a message. That message is that the UK, USA and NATO don’t have a license to act in ways that other powers aren’t allowed to.