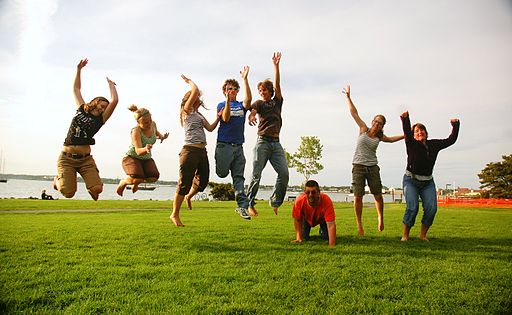 Hillary Clinton once said that it takes a village to raise a child. At the time it seemed like she might have meant that all of us are responsible for the children around us. Given Mrs. Clinton’s ideas regarding socialism, it is more likely that she meant that the responsibility for raising children rests with the collective culture and not parents. If the medical case of 15-year-old Justinia Pelletier is an example of Mrs. Clinton’s ideology, then this ideology may be more sinister than any of us could have imagined and parental rights hang in the balance.

Parental rights under direct threat: the case of Lou and Justina Pelletier

Recently, Lou Pelletier made the news when he violated a gag order not to speak about his battle with the Massachusetts Department of Children and Families (DCF) for the custody of his daughter, Justina. As a result of the media pressure that Mr. Pelletier managed to raise, on Friday the DCF decided to transfer Justina’s medical care back to Tufts Medical Center, which had previously been treating her with much success. 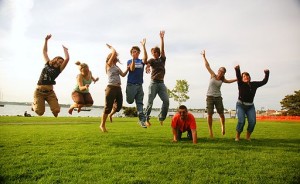 It was a long year for the Pelletier family who lost custody of Justina on the advice of the Boston Children’s Hospital, where she had gone to seek treatment for an unrelated condition. The Boston Children’s Hospital called in the DCF charging the Pelletiers with child abuse. They did this in spite of a plethora of supporting documentation regarding Justina’s previous diagnosis by outstanding physicians knowledgeable about the rare Mitochondrial disease, from which she was suffering. The irony of the matter is that it is the Boston Children’s Hospital that was guilty of child abuse, as this young girl’s physical condition depleted quickly and we can only guess about the harm done to her emotionally and psychologically.

The win by the Pelletiers is the good news. The bad news is that what happened to the Pelletier family was not an isolated incident. In an article entitled, The Unbelievable State of Parental Rights in Americai, Michael Ramey reported several incidents that are just as disturbing as what happened to the Pelletier family. For instance, Ramey cited the Baby Sammy case in California where an infant was taken from his parents because they sought a second opinion regarding his recommended open heart surgery, and the case in Ohio where the family was forced to flee the country to spare their daughter chemo-therapy that was not approved by the FDA. These two cases are only the tip of the proverbial iceberg. The article cites a number of other disturbing incidents where the government inserted itself between children and their parents in non-logical and unsupportable manners. In New Jersey, I’ve heard cases from a former government worker where children were taken from households based on the families’ practice of Christianity. If you read Ramey’s article, keep in mind that this is only one article by one man reporting of the situations he knew. If you think this could never happen in America, think again. It is happening and will continue to happen unless rationale citizens ban together and fight these atrocities.

While incident after disturbing incident can be cited, the ideology behind these incidents is more disturbing. It empowers government officials at all levels to intervene in families and make decisions as to what benefits their children – worse, it gives these officials the power at their whim to take the children forcibly from their families. We are seeing the manifestation of this government-knows-better-than-you attitude in education, in healthcare, and in many aspects that affect our daily lives. Government can now tell you how much soda you can drink, where you can live, and what kind of guns you can own.

However, we are making progress on one front: Common Core. Senator Lindsey Graham recently introduced S.Res. 345ii, a Bill that will restore educational choices to the states. It reads:

A resolution strongly supporting the restoration and protection of State authority and flexibility in establishing and defining challenging student academic standards and assessments, and strongly denouncing the President’s coercion of States into adopting the Common Core State Standards by conferring preferences in Federal grants and flexibility waivers.

William A. Estrada, Esq. Federal Relations Director of the Home Schooling Legal Defense Association reported other bills being introduced along these linesiii. At the risk of being too optimistic, it seems our representatives are beginning to hear our cries and the pendulum has begun to swing in the right direction (pun intended). However, it will not continue to do so without strong and continued pressure by We the People.

Once again, it is time to pick up the telephone and tell your representatives to support S. Res 345, and all the Bills cited in William Estrada’s article, as well as Scott Garrett’s Assembly No. 2351 and his LEARN Act. Additionally, call your Senators tell them to strongly oppose the United Nation’s Convention on the Rights of the Child and the Rights of Persons with Disabilities treaty. It is unconscionable that in December of 2012, the latter treaty received 61 votes in the Senate in favor of the treaty – barely escaping the constitutional requirement of two thirds (66). It is estimated that we currently have 53 Senators who support UN treaties to undermine our families and national sovereignty. However, the 2012 vote indicates we may have more, as well as Secretaries of State that are no friend to the American family.

UN is after our kids – again!

I’ve heard of one case where (as I recall) a family deported (back to their native Germany, I believe) because they were homeschooling their children.

You’re probably thinking of the Romeike case. I am happy to assure you that, at the last minute, the Department of Homeland Security granted an indefinite deferment of their case. Meaning they can stay as long as they like, so long as they do nothing that would be a felony under the laws of the United States or of any State.

Why did they do it? Likely for the same reason Obama delayed the fine system for the Employer Minimum Coverage Mandate until after he is scheduled to leave office. For political reasons. Count me as the German Shepherd dog barking at society on this account.

“Meaning they can stay as long as they like”

And you’re welcome to them.